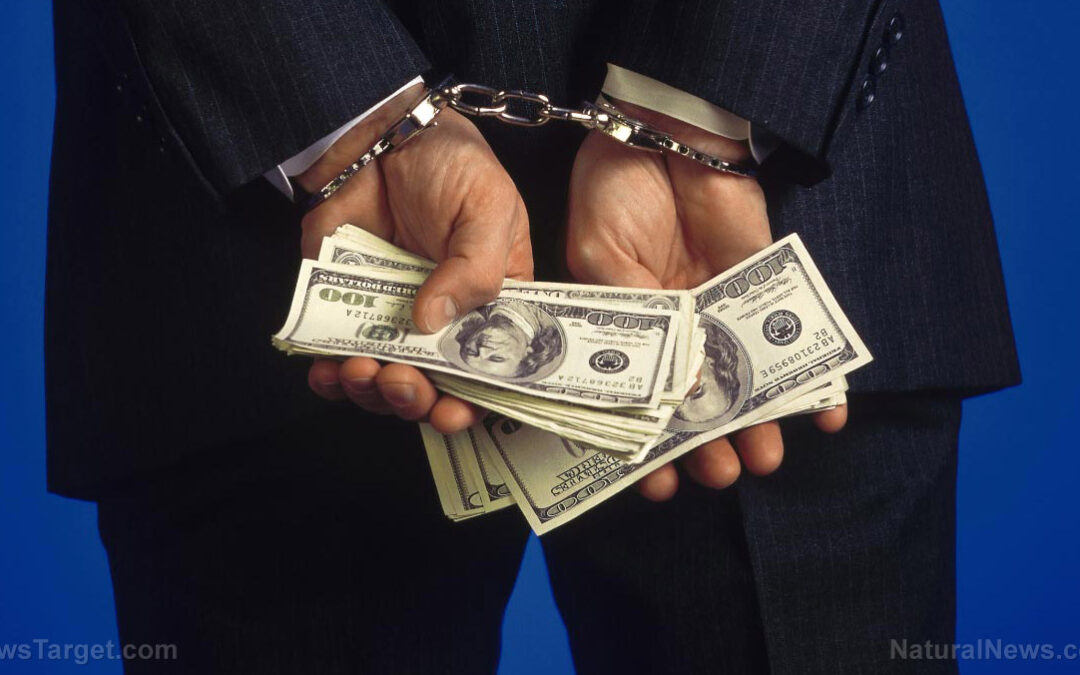 It would be wonderful if Big Pharma actually produced effective medications and vaccinations that did not bring with them a laundry list of horrific side effects and long term health detriment, but that never seems to be the case. It would also be absolutely amazing if the medical industrial complex, including companies, doctors and laboratory technicians, could function without getting busted right and left for health care fraud, embezzling and kickback schemes.

That’s why it’s always wise to be skeptical of any vaccines, medicines or lab results that the medical industry offers the populace, because there are a bunch of criminals running rackets all across the country. Besides the following cases that are quite bad, imagine how many out there get away with ‘murder’ and never get busted at all. The following health care fraud busts are from 2022. Take heed.

A nationwide sting operation by the Justice Department just took down 36 executives for fraudulent testing and medical equipment schemes, seizing over $8 million in cash, plus real estate, yachts and luxury vehicles. Most of the schemes involved illegal kickbacks and bribes by lab owners for patient referrals coming from medical professionals for cardiovascular testing. Note that the COVID-19 vaccines (a.k.a. “clot shots”) just so happen to frequently cause myocarditis and pericarditis, not to mention blood clots and irregular heartbeats, so go figure. Coincidence?

One person charged actually ran several clinical labs and allegedly paid $16 million in kickbacks to marketers at telemedicine companies and call centers that send patients (mostly elderly and disabled) in for cardiovascular and cancer diagnostic testing. This involved hundreds of millions of dollars in false and fraudulent Medicare claims, and the results of the testing were never even used in the treatment of those patients.

The president of Arrayit Corporation was convicted of health care fraud and an illegal kickback scheme to the tune of $77 million, where he pretended to invent “revolutionary technology” to test for virtually any disease using just a couple droplets of blood. Termed “micro-array technology, Mr. Schena and his publicist name him the “father of micro-array technology” and claimed he was on a shortlist to win the Nobel Prize with his invention that was supposedly worth billions.

Schena lured investors to private meetings to win their confidence while publishing false press releases and tweets about his partnerships with big companies, government agencies, children’s hospitals and public institutions, saying they all already agreed to use his technology. It was all lies.

In a sophisticated “pass-through billing scheme” involving rural hospitals that care for the substance-addicted folks in rural areas, including in Florida, Georgia and Missouri, two men in Miami, Florida got busted laundering proceeds to the tune of $1.4 billion. They defrauded distressed medical facilities across several states for several years, and defrauded private insurers with an elaborate billing scheme that had to do with laboratory testing. Both fellows were convicted of conspiracy to commit health care fraud and wire fraud, and face up to 20 years for each offense.

For three years, 2019 through 2021, a manager and operator of a family dental care clinic in Houston illegally billed Medicaid for children’s dental services that were never even provided. One of the accused was practicing pediatric dentistry without a license. They both face years in prison and massive fines for conspiracy to pay and receive kickbacks.

There seems to be a bottomless pit for robbing the medical system, and surely there are thousands of others who already got away with similar crimes, maybe on a bit smaller scale. That’s why it’s becoming increasingly difficult to believe anything these doctors and hospitals tell patients about their medical conditions, including everything having to do with COVID-19 and cancer. Beware of fraud and fake doctors.

Tune your internet dial to NaturalMedicine.news for more tips on how to use natural remedies for preventative medicine and for healing, without having to rush to the scheming pharma industry for every little minor ailment (that would probably become major later).