EXPOSED: Google caught in the act of sweeping the private health records of millions of Americans across 21 states 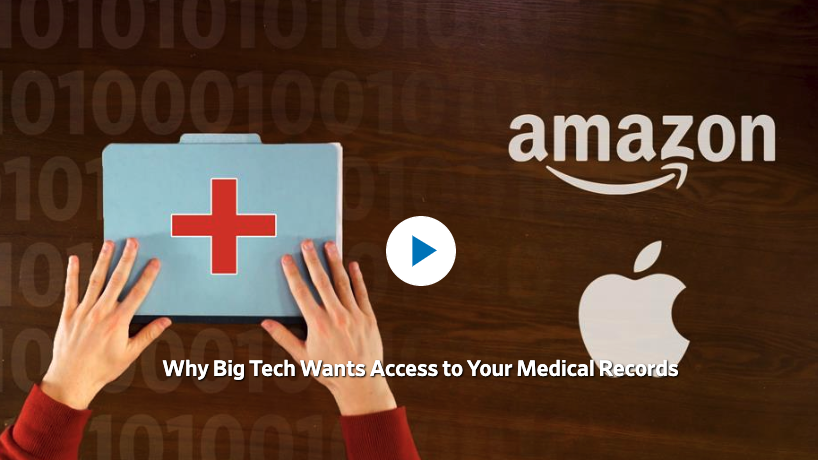 It has been leaked that tech giant Google is engaged in yet another secretive program, this one code-named “Project Nightingale,” that involves harvesting people’s personal health information in order to monetize it.

As originally reported by The Wall Street Journal (WSJ), Project Nightingale is said to be the biggest data-harvesting scheme of its kind, outpacing similar ones launched by Amazon, Apple, and Microsoft.

If successful, Project Nightingale will give Google access to people’s complete health histories, including patient names and dates of birth.

Described by Mike Adams, the Health Ranger, as an “Orwellian” nightmare, Project Nightingale is Google’s latest attempt at controlling every person’s life down to the smallest detail.

“What this means is that the same evil tech giant that now bans natural health websites and controls the public’s access to health-related information is positioning itself to profit from the widespread degenerative disease caused by people not having access to truthful information about nutrition and natural cures,” Adams notes.

While Project Nightingale might be technically legal under federal law, Ascension employees are already expressing deep ethical concerns about the project.

We know for a fact that Google is using the data it’s collecting from patients to design new artificial intelligence-powered (AI) machine learning systems, which a Google whistleblower recently exposed also has ties to communist China.

The goal, as admitted by Google Cloud President Tariq Shaukat, is to have AI-powered computers expedite the process of providing “care” to patients – which means more money for Google, and less privacy for Americans.

“As the health care environment continues to rapidly evolve, we must transform to better meet the needs and expectations of those we serve as well as our own caregivers and health care providers,” Ascension executive vice president Eduardo Conrado is quoted as saying.

Google: All your health information belongs to us

The endgame for Google and Ascension is to aggregate the entirety of Americans’ health records into one place where an omnibus search tool can be used to pull up anyone’s health history in an instant. Ascension, a Jesuit-owned chain of 2,600 hospital, doctors’ offices, and other facilities, also said that it wants to “improve patient care” under the new program.

Internal documents also show that Ascension is hoping to generate more revenue with Project Nightingale, as it will allow data to be quickly mined for the purpose of identifying additional tests that patients could get for more diagnoses. Ascension also wants a centralizes electronic record-keeping system that’s faster than its current decentralized one.

It’s important to remember that Google is a well-known privacy invader, having agreed back in September to pay out $170 million in fines, as well as changes its data-collection practices, in response to complaints about how the company has been exploiting children to sell more advertising dollars.

Google was also outed for failing to disclose a flaw in its now-defunct Google Plus social networking system that exposed hundreds of thousands of users’ birth dates, contact information, and other personal data to third parties.

“Google is the most anti-human rights tech corporation on the planet, and there’s no question they will exploit and abuse their power to unleash horrific levels of human suffering, all in the name of ‘blood money’ for their pharma cartels,” notes Adams.

To keep up with the latest Google-related news, be sure to check out EvilGoogle.news.