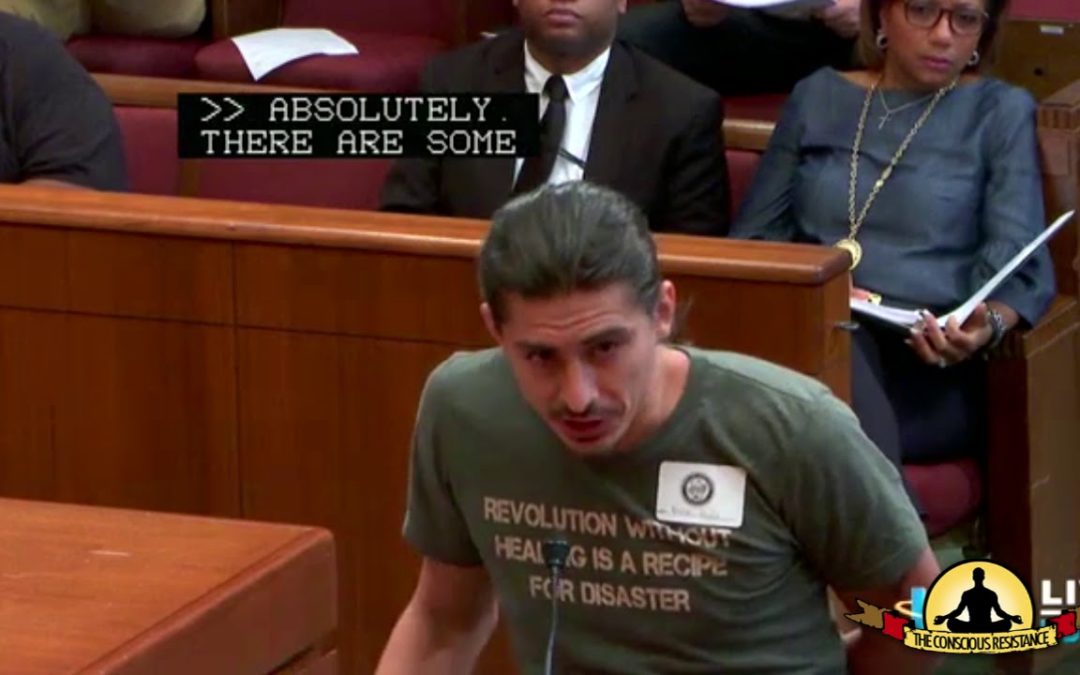 The 5G network is new, and it’s being accepted, approved and implemented already without any appropriate safety testing nor discussion with the public.

Recent research has revealed that the frequencies utilized in crowd control weapons are the same as the frequencies used in the 5G network, and there is absolutely no question about the fact that these electromagnetic frequencies impact our biology in multiple harmful ways. With more than 2000 peer-reviewed studies on the subject, thousands of scientists raising multiple causes for concern, hundreds of scientists petitioning the United Nations, and absolutely no oversight, regulation or safety testing, how is it that this type of thing is legal and allowed to be approved?

Well, the 5G, and the entire global network of wireless technology is controlled by a few people and corporations. This highlights the relationship that western corporations have with government regulatory agencies. These corporations sit above the government, and through lobbying, corporations provide instructions to government regulatory agencies. Our regulatory health agencies are a cesspool of corruption as well, so much to the point where those who work within these agencies are actually starting to have a shift in consciousness and are speaking out. The problem has become so big and widespread that they cannot remain silent. The SPIDER papers from multiple CDC scientists was an excellent example, outlining the grave concern about the CDC’s relationship with corporations and the stranglehold these corporations have over them.

Multiple countries around the world have banned WiFi and the building of cell phone towers near primary schools and nurseries, among many other places due to the evidence that shows they are not safe and can implicate the health of young children and adults.

“If you are one of the millions who seek faster downloads of movies, games and virtual pornography, a solution is at hand, that is, if you do not mind volunteering your living body in a giant uncontrolled experiment on the human population. At this moment, residents of the Washington, DC region – like those of 100 Chinese cities – are about to be living within a vast experimental Millimeter wave network to which they have not consented – all courtesy of American taxpayers,”

That’s why the video below is so important, it’s a video of Derrick Broze, founder of the Conscious Resistance network.  Not only are scientists speaking out about this issue, and continuing to publish eye-opening research, much of which can be found at The Environmental Health Trust, but citizens and activists are getting involved too.

The speech below takes place at a hearing in Houston. This, like so many other health issues we are facing, is important to raise awareness about together. The more people speaking up and creating awareness, the more chances we have of that this awareness leads to action or at the very least, a deep realization by council members that they are being bullied by corporations, much like we’re seeing in France.

A Little More On 5G

Dr. Sharon Goldberg, an internal medicine physician and professor also recently gave her testimony regarding the dangers of electromagnetic radiation. She says:

Wireless radiation has biological effects. Period. This is no longer a subject for debate when you look at PubMed and the peer-review literature. These effects are seen in all life forms; plants, animals, insects, microbes. In humans, we have clear evidence of cancer now: there is no question We have evidence of DNA damage, cardiomyopathy, which is the precursor of congestive heart failure, neuropsychiatric effects…5G is an untested application of a technology that we know is harmful; we know it from the science. In academics, this is called human subjects research.” – Goldberg

You can watch her testimony and read more about it here.

Again, if you want to look at the science/research, a good place to start is with the Environmental Health Trust.

There are multiple solutions for reducing your exposure to EMF radiation. You could have a wired internet connection at home, which is actually faster. You could unplug your devices before bed, you can purchase electromagnetic radiation shielded clothing from multiple providers. You can also purchase small devices that go right on your phone that help protect against this radiation. Do your research on ‘EMF protection devices’ to find what works for you.

You could also mitigate some effects by living a more healthy lifestyle. This includes diet, nature exposure, limiting screen and phone time and other wellness practices.

The key thing here is to recognize that, in a world where our voice is constantly being silenced and information is swept under the rug for the sake of profit and control (among other reasons), we do still have a voice, and we have to use it.

We are so caught up in our own lives, doing our own thing that we’ve neglected the planet and fail to even look into what’s going on. We’ve given our consciousness away to others who are manipulating it. It’s time to take it back, to wake up, and to start thinking for ourselves instead of relying on a group of powerful people to disseminate information.