Medical testing equipment can release deadly levels of radiation across America, and the government is doing nothing to stop it 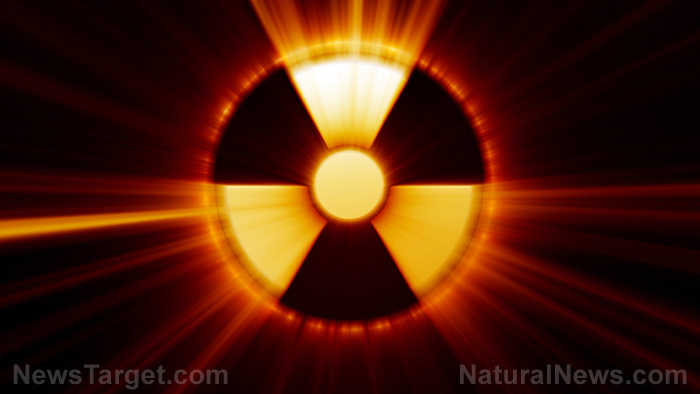 You’re probably familiar with the infamous Fukushima nuclear disaster that took place in Japan back in 2011, and how it spread deadly radiation all around the world, likely to this very day. But did you know that some government-approved medical devices contain enough radiation inside of them to wreak similar havoc on entire cities?

Believe it or not, irradiating equipment that’s used at hospitals and doctors’ office to sterilize blood and bodily tissue “typically contains about twice as much radioactive material” as what a scientific panel has determined “could disrupt much of the nation’s largest city.”

We already know, based on testimony that was given before Congress a few years back, that all it would take to contaminate the entirety of Manhattan’s roughly 7,000 acres is just a couple teaspoons of radioactive cesium-137. And disturbingly, this is about the amount used in the aforementioned FDA-approved medical devices.

There’s already been at least one instance in which a small amount of cesium was spilled in a research facility, which made “much of the building” entirely “unusable” in the months that followed. Should this happen again – or worse, should that cesium get into the hands of a terrorist with the know-how to produce a dirty bomb, then things could get really ugly really fast.

“The cesium used for irradiators is a dry, talc-like material derived from atomic fuel left over from nuclear power production,” reports Los Angeles Times, which interviewed “more than 50 current and former government officials, along with medical industry specialists and other technical experts and examined thousands of pages of state and federal records to study the risk posed by cesium irradiators.”

“The material is particularly feared by experts on radiological threats because its fine particles disperse easily and can migrate through air ducts and bind tightly to porous surfaces, including concrete. The potential danger is long-lasting: Cesium can keep emitting radiation for nearly 300 years.”

For more related news about the threat of nuclear radiation, be sure to check out Nuclear.news.

Why isn’t the Nuclear Regulatory Commission taking any action against this potential radioactive threat?

According to Leonard Connell, a nuclear expert who’s been issuing warnings since at least as far back as 2008, one of these irradiators has enough cesium inside of it to “create widespread panic over an extremely large area if dispersed by a terrorist.”

Though it may not necessarily kill large numbers of people, this type of dirty bomb could be used as a weapon of “mass destruction” in the sense that it could leave large swaths of land and buildings uninhabitable “for months or even decades,” as well as increase the “long-term cancer risks for people who come in contact with it.”

It’s important to keep in mind that the Nuclear Regulatory Commission (NRC) has full authority under the law to limit the use of cesium in this medical machinery. But thus far the agency has declined to take any action, for whatever reason.

The Department of Energy, on the other hand, is trying to do something about this threat. According to reports, it has already replaced some 108 of the irradiator devices with safer substitutes, which is at least a start.

“Every irradiator that is replaced represents one fewer opportunity for a terrorist,” the agency stated in a report that it presented to Congress back in April.

Will this be enough? Time will certainly tell. But one thing is for sure: If even just one of these irradiators gets into the wrong hands, it could spell disaster – at the very least in the form of a “dead building,” according to official reports.