Icarus And The “5G” Telecommunications Debacle 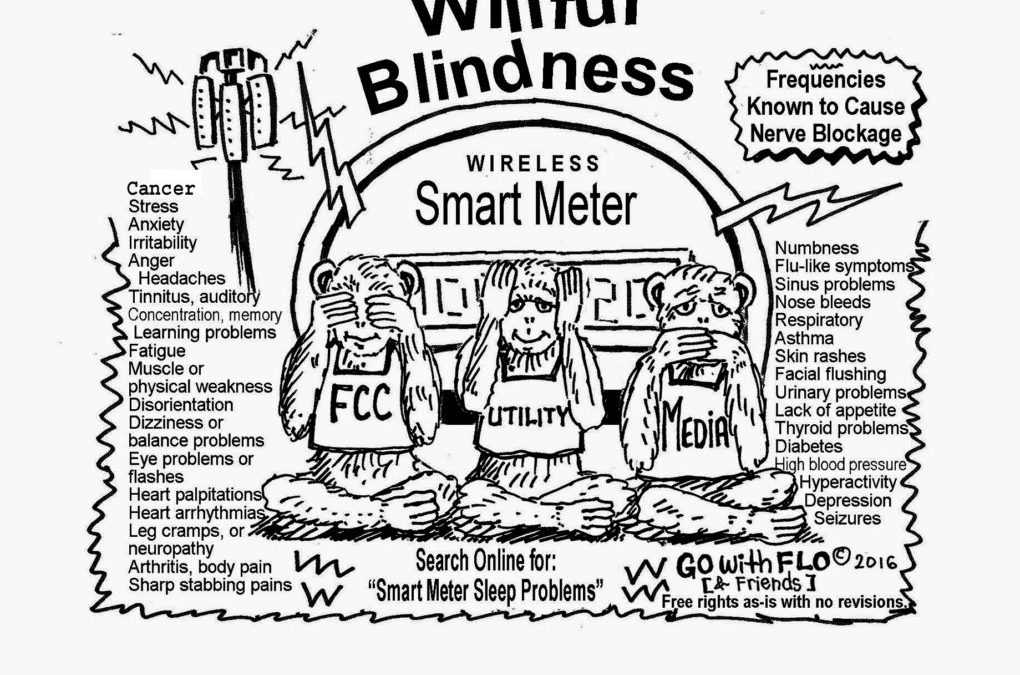 Empathy is Normal, Psychopathy Is Not

When my son was a teenager, he worked in a pet and fish store. He received his employee bonuses in the form of store credits, resulting in our house becoming filled with all manner of aquariums and fish paraphernalia.

Next to the kitchen sink, we housed a lone fighting fish. I called him Blue.  One day I was cleaning the fish tanks, and I was feeling chilled due to the cold weather. Not thinking, I increased Blue’s water temperature before replacing him back in his bowl.

To my absolute horror, when I poured the fighting fish back into his home, he went into shock, and was writhing in agony. I watched helplessly, frozen in terror, as he appeared to be in his final death throes.

I was heartbroken that my uninformed choice was killing my child’s pet.

I had altered the environment to the point where I had unintentionally killed Blue.

In fact, Blue survived my amateur and uninformed choices, but I am certain that my actions that afternoon shortened his lifespan and caused him profound and unnecessary pain and suffering. I was traumatized as well.

Merriam-Webster defines an empath as a person who experiences the emotions of others. [1]

What gives us our humanity is that most of us have empathy, and we are not all psychopaths.  Yet, some of us are. And so are some of our industries, and their regulators.

: a mentally unstable person especially : a person having an egocentric and antisocial personality marked by a lack of remorse for one’s actions, an absence of empathy for others, and often criminal tendencies[2]

Since the debacle with Blue’s near death experience, I have learned a great many things. I would never thoughtlessly change an aspect of an animal’s environment, whether it is the food, the water, the bedding, or the temperature.  I have been drawn to the wisdom teachings passed down for generations in the Tyrolean Alps about how to harmonize human activities with nature, including animal husbandry. [3] Farmers have preserved accumulated wisdom about when to cut hooves, move herds, and breed animals, based on an intricate understanding and respect for nature.

I also learned and experienced directly that the installation of wireless “smart” utility meters and related infrastructure is destroying people’s lives, just as I had tortured our fish Blue.

There is documented evidence of harm already available, not only for the last decade as new wireless meters were installed, but dating back 40 years.[4] The evidence continues to be ignored, ridiculed, and suppressed.

The FCC on Steroids

I live at a time on the planet where I am witnessing utter destruction, not sourced from fossil fuels and climate change, but from the attitude of manifest destiny, entitlement, and greed now directed towards the electromagnetic environment.

Despite opposition by scientists and doctors, [5] utilities,[6] star-gazers and astronomers,[7] and now the automotive industry, [8] the Federal Communications Commission continues its assault on all of nature.

There is nothing living on this planet that is not intimately connected to the rhythms of the sun and moon.  Harmonizing with these cycles is the only pathway to true sustainability.

Superman sped around the planet to turn back time when he nearly lost Lois Lane.

It may require reversing the very order of the heavens for perspective to be restored.

Icarus: Destroying the Order of the Heavens

In his article, “The Icarus Syndrome: Execs Who Fly Too Close to the Sun” he explains, “Leaders always need to keep hubris in check.”

In Greek mythology, Icarus and his father, Daedalus, were imprisoned on an island by King Minos. To escape, Daedalus – a master craftsman – created two sets of wings made of wax and feathers. He warned his son not to fly too close to the sun, as the wax would melt. He also cautioned Icarus not to fly too low, as the feathers could get wet in the sea. His warnings, however, went unheeded. Icarus was so intoxicated by the experience of flight that he went higher and higher. As the wax in his wings melted, he tumbled into the sea and drowned. The saying “don’t fly too close to the sun” is a reference to Icarus’ recklessness and defiance of limitations.

In organisations, the Icarus syndrome characterises leaders who initiate overly ambitious projects that come to naught, causing harm to themselves and others in the process. Fuelled by excitement, these leaders are unable to rein in their misguided enthusiasm before it is too late. Often, these leaders have let adulation go to their heads. They display symptoms such as:

The Icarus syndrome, with its signature lack of humility, is a pattern that every leader needs to be concerned about. It has felled many leaders who planned grandly but failed miserably by overestimating their knowledge, foresight and ability.

Mythology, folktales and even Biblical stories are full of warnings against excessive pride, in other words hubris.

The Icarus syndrome has expanded beyond the examples of companies and individuals outlined by Professor Kets de Vries, to encompass entire industries and world economies.

Meanwhile, many are writhing in pain, and we are flying too high.

In the absence of the prudent application of the precautionary principle, we can balance the books now, by incorporating planned mandatory restitution for any and all future damages into wireless and telecommunications investment planning, for individuals, communities, cities and towns. Australia Fires And Technology’s Climate Vampire: Why The Environmental Impact Of 5G Expansion Could Be Massive by Devra Davis

Right now, America faces some epic choices. Do we allow the government to subsidize billions for the industry to continue to consume publicly funded resources like phone and utility poles to build a massive 5G network that is without precedent? Do we wait for testing devices and protocols to be developed only after 5G is in operation? Do we plunk down big money for the latest devices now hoping they live up to their hype? Or do we follow the advice of many experts to reduce our own exposure and consumption of energy? Those who will benefit from these industries are not the same as those who are suffering the consequences of their policies.

With thousands awaiting evacuation now huddled on the shores of Mallacoota or along other parts of a 135-mile seacoast in eastern Australia, when it comes to climate or telecommunications policy, clearly there is no free lunch.

Reversing the order of the heavens will be required, by everyone, but especially by the mass culture’s hypnotic infatuation with the illusion of ease and control provided by wireless technologies.

It is not rocket science. Wireless is careening out of control, and Icarus has taken us all too close to the sun.

[1] https://www.merriam-webster.com/dictionary/empath
[2] https://www.merriam-webster.com/dictionary/psychopath
[3] Moon Time: The Art of Harmony with Nature and Lunar Cycles
by Johanna Paungger  and Thomas Poppe
[4]  “Bibliography of Reported Biological Phenomena (‘Effects’) and Clinical Manifestations attributed to Microwave and Radio-Frequency Radiation.”
This document first appeared on October 4, 1971.  It was a Research Report (Project MF12.524.05-0004B, Report No. 2) commissioned by the Naval Medical Research Institute, and was authored by Zorach (“Zory”) R. Glaser, Ph.D., LT, MSC, USNR.
https://magdahavas.com/introduction-to-from-zorys-archive/
[5] https://www.emfscientist.org/index.php/emf-scientist-appeal
[6] Utilities worry FCC plan to open wireless spectrum could compromise communications
Making 6 GHz bandwidth available to unlicensed users could interfere with communications between utilities and their customers during emergencies, sector leaders fear.
https://www.utilitydive.com/news/utilities-worry-fcc-plan-to-open-wireless-spectrum-could-compromise-communi/540433/
[7] I’m seeing stars… but thanks to Elon Musk, not for much longer
Stewart Lee
SpaceX’s 40,000 satellites will soon be ruining our view of the universe – not to mention aliens’ view of us
https://www.theguardian.com/commentisfree/2020/jan/05/im-seeing-stars-but-not-for-much-longer-elon-musk-satellites
[8] Federal Communications Commission Chairman Ajit Pai announced a proposal to end a 20-year policy of preserving some wireless bandwidth for transportation uses, such as the connectivity of autonomous vehicles.
The Motor and Equipment Manufacturers Association said Pai’s proposal “could compromise motor vehicle safety. This spectrum has long been reserved for intelligent transportation systems communications, including vehicle-to-everything (V2X) and other related communications. It is critical that it remain so.”
https://www.busandmotorcoachnews.com/fcc-proposes-diversion-of-vehicle-to-vehicle-bandwidth-for-wi-fi/