“Hundreds Of Thousands, If Not Millions” Of Migratory Birds Drop Dead Across New Mexico 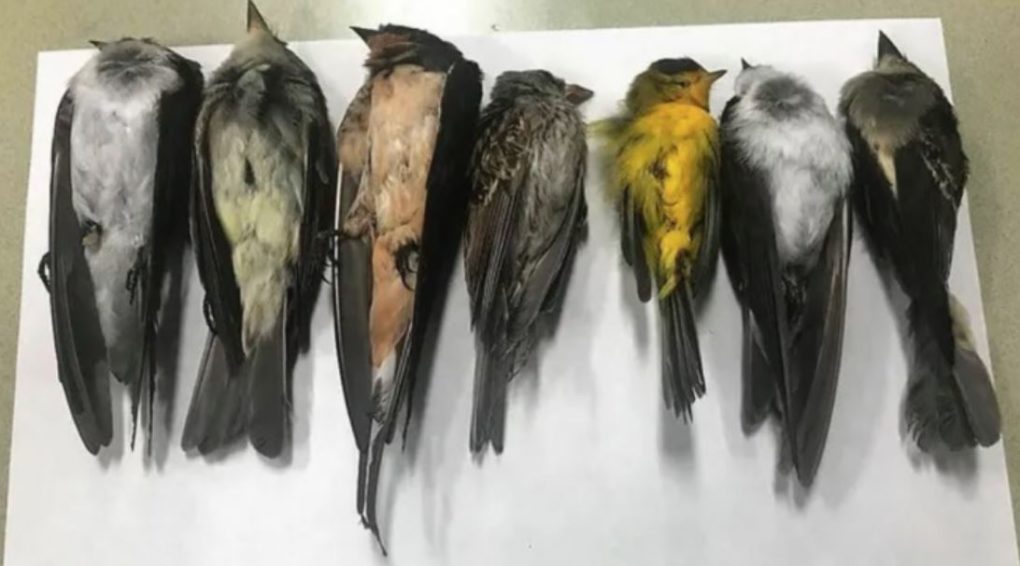 Wildlife researchers in New Mexico and Colorado are aghast as a growing number of birds across the region are being discovered to have mysteriously died off in massive numbers.

In recent days, residents across the region have been finding the corpses of various migratory birds along hiking trails, missile ranges, and other locations.

Experts remain unclear about why exactly the huge die-off is occurring, although some believe that it could possibly be tied to a recent cold front, ongoing droughts, or even the tremendous amount of smoke being pumped out of the wildfires across western states.

Desmond and a team of wildlife experts at the Bureau of Land Management, NMSU, and White Sands Missile Range have been trying to ascertain the drastic and unexpected rise in bird deaths.

“People have been reporting that the birds look sleepy … they’re just really lethargic,” said Trish Cutler, a biologist at White Sands Missile Range.. “One thing we’re not seeing is our resident birds mixed in with these dead birds. We have resident birds that live here, some of them migrate and some of them don’t, but we’re not getting birds like roadrunners or quail or doves.”

The cold snap that passed through the state is being looked at as one potential reason for the deaths.

However, Desmond told KOB that “What is odd is the fact that we’re seeing this occur beforehand and we’re seeing it occur since then.”

The ongoing dry spell in the state may have also played a role in the die-off, as could the toxic conditions created by the rampant wildfires plaguing the region.

“There may have been some damage to these birds in their lungs [due to the fires],” Desmond added.

“They may have been pushed out before they were ready to migrate,” she explained. “They have to put on a certain amount of fat for them to be able to survive the migration. These birds migrate at night and they get up in the jet stream, and they might migrate for three nights in succession, they’ll come down and they’ll feed like crazy, put on more fat and go again.”

In video footage captured on Sept. 13 by journalist Austin Fisher while he was hiking in northern Rio Arriba County, large clusters of dead birds can be seen strewn across the trail.

“I have no idea,” Fisher can be heard saying while he panned the camera to reveal dozens of dead birds lying across the ground.

And as western states have been plunged into an unprecedented deluge of fires across multiple states, reports have emerged of birds disappearing from skies or worse, turning up dead.

Much still remains unknown about how wildfire smoke impacts bird populations, but researchers have noted that birds perpetually live on the edge.

The Oregon Department of Fish and Wildlife recently wrote on Twitter that “not much is known about the impacts of smoke and wildfires on birds.”

“We do know that exposure to particulate matter, which of course is of great concern for human health, can affect birds as well,” said Olivia Sanderfoot, a National Science Foundation Graduate Research Fellow at the University of Washington Seattle who studies the impact of air pollution on birds.

Since 1970, bird populations in North America have plummeted by 29 percent, or three billion birds. According to a 2019 study, rampant high temperatures resulting from climate change are drastically altering the migration patterns of bird species. With pastures and grasslands being converted to crops, nesting places have dwindled along with the mass die-offs of insects eliminated by pesticides.