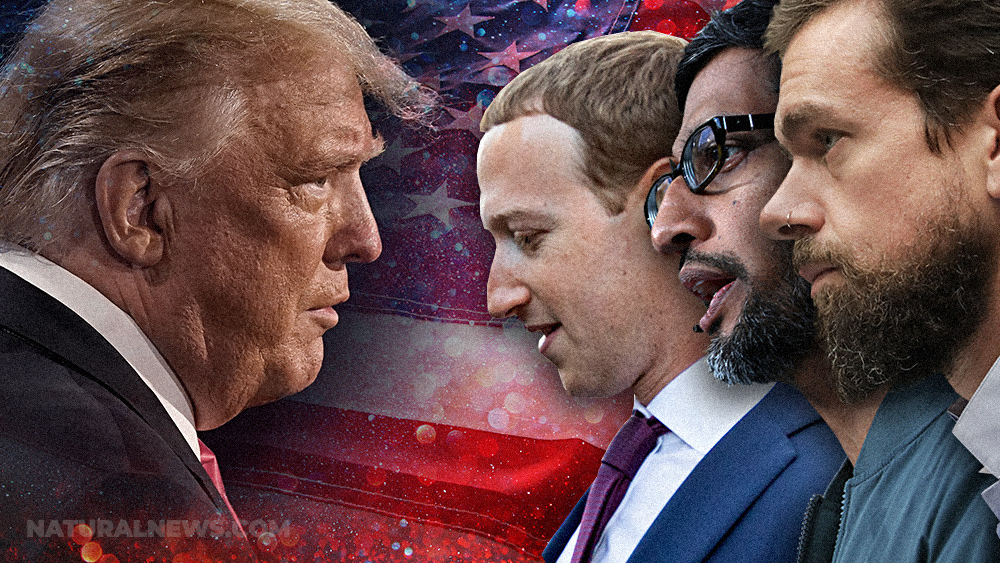 The President of Mexico, Andres Manuel Lopez Obrador, is going after Big Tech with the announcement that he intends to form a coalition with other world leaders to fight against censorship.

In a report by the Associated Press, Lopez Obrador compared Big Tech censorship to the Spanish Inquisition. After saying he intends to submit a proposal on the matter at the next G20 meeting, he said: “Yes, social media should not be used to incite violence and all that, but this cannot be used as a pretext to suspend freedom of expression.”

“How can a company act as if it was all powerful, omnipotent, as a sort of Spanish Inquisition on what is expressed?”

Mexican Foreign Relations Secretary Marcelo Ebrard said they have already started talking to allies in the effort, getting responses from officials in Germany, Africa, Latin America, France, the European Union and Southeast Asia.

German Chancellor Angela Merkel is another leader who has criticized these actions against Trump publicly, calling the censorship by corporate managers “problematic”. Her spokesman, Steffen Seibert, said that the president should have the ability to voice his opinion.

Acting Australian Prime Minister Michael McCormack concurred, calling out Twitter for taking down comments by someone who is still serving as the American president while allowing a doctored image that appears to depict an Australian soldier harming a child to be posted freely.

Meanwhile, Polish Prime Minister Mateusz Morawiecki called for new regulations to be put in place governing Instagram, Twitter and Facebook in the European Union. Although he fell short of mentioning the Trump case specifically, he said that “the owners of corporate giants should not decide which views are right and which are not.”

The French Junior Minister for European Union Affairs, Clement Beaune, said that he was “shocked” that Twitter suspended President Trump’s account, saying this is something that should be decided by citizens rather than a CEO.

He added that there should be a “public framework of regulation” wherein these platforms can argue that content is violating the law and needs to be removed, but that is something he said should be decided by legislatures and citizens.

French Finance Minister Bruno Le Maire said this responsibility should fall to the state, saying that Big Tech is “one of the threats” to democracy.

“The regulation of digital giants cannot be done by the digital oligarchy itself,” he stated.

Twitter CEO says Trump’s ban is only the beginning

Shortly before the announcement, Project Veritas released a video they received from a whistleblower in which Twitter CEO Jack Dorsey said that Trump’s ban is only the beginning of further purges that will see significantly more accounts being banned. These purges, he added, will continue after Joe Biden is inaugurated.

“I don’t think this is going away any time soon, and the moves that we’re making today around Qanon for instance, one such example of a much broader approach that we should be looking at and going deeper on,” he said.

He added that America is extremely divided, as his platform shows, and that his company’s role is to “protect the integrity of that conversation.” Of course, he failed to explain how shutting one side out of a conversation protects its integrity.

We’ve long known that super-liberal Big Tech doesn’t believe in free speech where conservatives are concerned, but with their banning of Trump, they can no longer keep pretending that they are somehow apolitical. Dorsey is right about one thing: America is divided, and those divisions can only begin to be healed when we allow for healthy dialogue and uphold Americans’ rights to free speech.