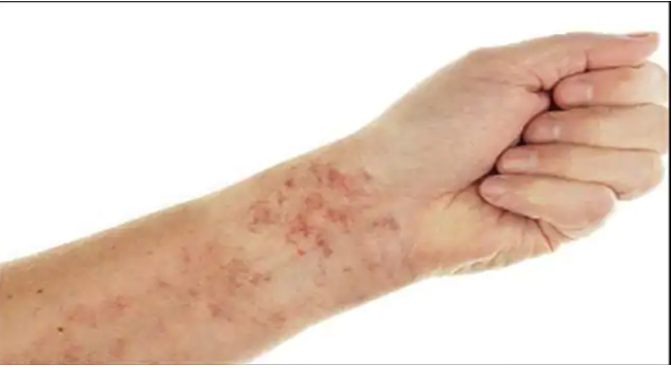 Mass vaccinations drives are going on in many countries around the world and some are gearing up for the second dose as well. Experts and scientists as well as government officials are doing their best to allay fears in the minds of the people regarding the safety and efficacy of the COVID-19 vaccines. Most of these fears are because of the speed at which these vaccines have been developed. Reports of adverse effects in clinical trial participants have not helped matters. But following phase 3 clinical trials, most vaccine manufacturers reported minor side effects like pain at injection site, fatigue, or fever. Rarely has any major adverse complication been reported. Unfortunately, in a new development that is bound to increase fears of people, reports of vaccine recipients developing a rare blood disorder is being reported now. Also Read – Covid-19 on rise again in India: Here’s why you need to worry!

This Side-Effect Is Not Age Or Gender Specific

Earlier this week, a report in the New York Times highlighted the fact that around 36 reports of this rare blood disorder, also called immune thrombocytopenia (ITP), was submitted to the federal government’s Vaccine Adverse Event Reporting System (VAERS). A Florida physician has also reportedly died of the condition in January. The cases are equally divided between Pfizer and Moderna, manufacturers of the two COVID vaccines currently approved in the US, and they don’t seem to be age- or gender-specific. But experts are not very sure if the shots really did cause the problem, or if these people developed immune thrombocytopenia anyway. Some think that it is just a coincidence that symptoms surfaced post-vaccination. Also Read – COVID-19 resurgence in Maharashtra: State braces for war against contagion, tough measures announced

New Complication Not Reported In Any Vaccine Trial Results

The development of immune thrombocytopenia has come as a surprise for scientists and also the medical fraternity. This is because, in clinical trials of the Moderna and Pfizer vaccines there was no mention of thrombocytopenia among the few adverse events that were recorded. Some say that it is possible that when millions of people are vaccinated, it is possible that some people may develop this disorder. Also Read – Pfizer-BioNTech warns that South Africa variant of COVID-19 could reduce vaccine protection

What You Need To Know About Immune Thrombocytopenia

Immune thrombocytopenia is a condition that causes your platelet count to fall. It causes the body’s immune system to attack and destroy its own platelets and also restricts the production of platelets.  Bruising for no apparent reason and bleeding are common symptoms of this condition. You may experience nosebleeds, bleeding from the mouth and heavier than normal periods. One woman who reported this condition after getting the COVID-19 vaccine shot exhibited bruises on her arms and legs and bleeding blisters in her mouth a day after her first dose of Moderna’s COVID vaccine in January. Another woman from Texas reported heavy vaginal bleeding and red spots on wrists and ankles. Both were successfully treated. But a 56-year-old obstetrician, who developed this condition three days after receiving the Pfizer-BioNTech vaccine in January, died of brain hemorrhage.

Pfizer said in a statement that it is aware of these cases and is collecting more information to share with the FDA. But they have not been able to establish a causal association of the disorder with their vaccine. On the other hand, Moderna said that the company continuously monitors the safety of its vaccine and shares safety information with regulators, noting that the rate of thrombocytopenia is well below the expected number of such events.