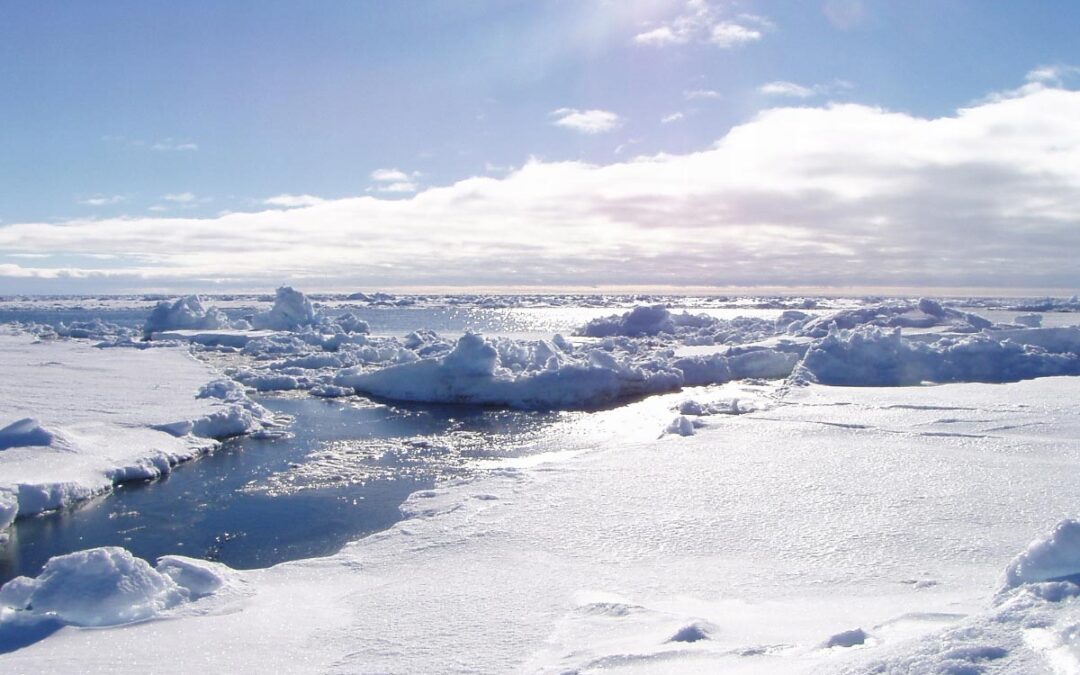 Climate change alarmists love to point to ice melting in Antarctica as proof that humans are destroying the planet, but research shows that this may not have the link to man-made climate change that they would like to have us believe.

Radar readings taken by aircraft flying across the continent have shown that the ice loss at Antarctica is largely coming from below. The radar, which penetrated through nearly two miles of ice to create a map of the conditions beneath it, showed that the ice is melting from the bottom upward. As it melts at the base, meltwater drains away to fill subglacial lakes sitting downstream.

The British Antarctic Survey’s Tom Jordan, the lead researcher of the study, said that the melting process they observed had likely been occurring for thousands or possibly millions of years. They believe that radioactive rocks and hot water that are being spurted out from inside Earth’s crust are contributing to the melt.

The international team of scientists added that as this continues, it could lead to quicker melting in the future as ice and water can escape more easily. The study was published in Scientific Reports.

Ice is also melting on the surface of Antarctica, but a new study shows that changing wind patterns stemming from internal climate variabilities have been bringing warmer water to Antarctica and contributing to West Antarctica melting.

Antarctica is home to a giant “volcanic province”

Scientists also recently announced they found what they believe could be another volcanic heat source beneath Antarctica’s Pine Island glacier.

Indeed, Antarctica is home to a massive “volcanic province” where researchers discovered more than 100 previously undetected volcanoes under the ice with help from satellite data and ice-penetrating radar.

The volcanoes are currently dormant, but if they erupt, it could have a big impact on the planet. Although the overlying ice in Antarctica is very thick and volcanic gases would likely struggle to reach the atmosphere, volcanoes could still melt giant caverns within the base of the ice, leading to massive quantities of meltwater. This could serve as a lubricant that would essentially allow the overlying ice to slip and move faster.

On top of that, scientists have illustrated how the West Antarctica Ice Shelf melted significantly and retreated some 10,000 years ago before quickly recovering fully. Needless to say, manmade climate change didn’t have any influence on the melting back then – and its current influence has clearly been overstated.

Interestingly, a series of volcanic eruptions were also identified as the culprit behind the rapid climate change seen in the Southern Hemisphere at the end of the last ice age. A report published in the Proceedings of the National Academy of Sciences showed how a 192-year series of eruptions stemming from Mount Takahe in West Antarctica coincided with the fast deglaciation that took place around 17,700 years ago and marked the beginning of the increase in greenhouse gas concentrations across the planet. The eruptions were believed to release gases that caused a hole in the ozone layer above the continent.

Another period of rapid warming, the Paleocene-Eocene Thermal Maximum that occurred 56 million years ago, was also spurred by volcanic eruptions, scientists say. In other words, when we do observe issues like melting polar ice and rising temperatures, pointing the finger at human activity means we are overlooking the very significant influence that geothermal heat has on the planet’s ever-changing climate.