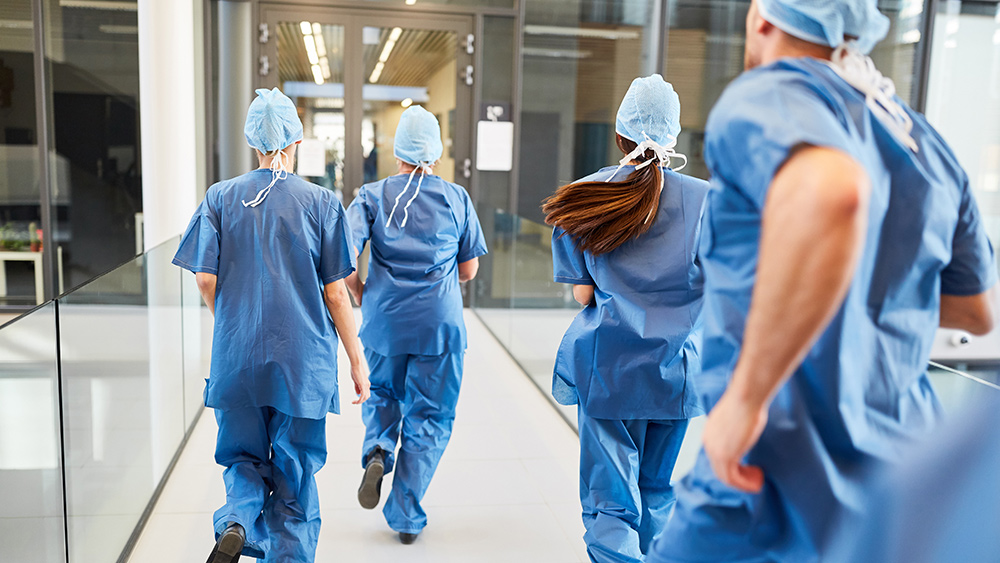 More than 150 workers of the Houston Methodist Hospital system in Texas have resigned or were fired after refusing to get the Wuhan coronavirus (COVID-19) vaccine.

Jennifer Bridges, a registered nurse who worked for the hospital for over six years, was suspended without pay in early June for not getting vaccinated. On Tuesday, June 22, her medical director called her to ask if she had gotten vaccinated yet or made any effort to do so. She replied: “Absolutely not.” The director then told her that she was terminated.

Bridges recalled this story on Wednesday. She said she refused to take the coronavirus vaccine because she already possessed a natural immunity to COVID-19 after contracting it last year.

“I had COVID last summer,” said Bridges. “I don’t need the vaccine, and Methodist did not care about that. That was not an option at all.”

“We worked so hard last year,” she added. “I mean, we were there through thick and thin when we had no help… it was horrible. And these people that are putting forth these rules right now for us and kicking us to the curb, they weren’t there. They weren’t even in the building to be seen for months. They were staying at home while we were doing all the work.”

“All last year, through the COVID pandemic, we came to work and did our jobs,” said Kara Shepherd, a labor and delivery nurse who was also fired. “We did what we were asked. This year, we’re basically told we’re disposable.”

In early June, the Houston Methodist Hospital system suspended 178 of its employees who refused to get vaccinated. The hospital warned these workers that they would be fired if they refuse to get vaccinated or begin the process of becoming fully vaccinated by the end of their two-week suspension.

A spokesperson for Houston Methodist announced that 153 employees had either resigned or were terminated on Tuesday, including Bridges.

Bridges believes the hospital is pursuing some kind of agenda with its vaccine mandate.

“I do not know exactly why they’re doing this,” she said. “I can only assume it could be for a power [grab] or [they’re] hungry right now. But they need to follow the proper science because we do not need to be vaccinated if we had COVID.”

Bridges and 116 of her co-workers filed a lawsuit against the hospital system’s vaccine mandate.

The suit alleged that requiring employees to take the COVID-19 vaccine is forcing them to participate in a clinical trial. Because the vaccine is experimental it should never be required. Bridges and her co-workers compared mandatory vaccinations to the medical experiments performed on Holocaust victims in Nazi concentration camps during World War II. (Related: Of all the people on Earth, you would think Jewish people would have much more vaccine HESITANCY than anyone – remembering the Holocaust.)

U.S. District Judge Lynn Hughes of the District Court for the Southern District of Texas threw out the lawsuit earlier this month. He called the comparison to Holocaust victims “reprehensible” and said the claims that the vaccines are experimental and dangerous are outright false.

“Vaccine safety and efficacy are not considered in adjudicating the issue,” said Hughes. “Texas law only protects employees from being terminated or refusing to commit an act carrying criminal penalties to the worker.”

Hughes added that if the employees of Houston Methodist did not like the vaccine mandate, they can go work somewhere else.

Bridges and her co-plaintiffs are appealing Hughes’ dismissal of the case with the Fifth Circuit Court of Appeals.

Learn more about how governments and businesses around the world are attempting to institute vaccine mandates by reading the latest articles at Vaccines.news.