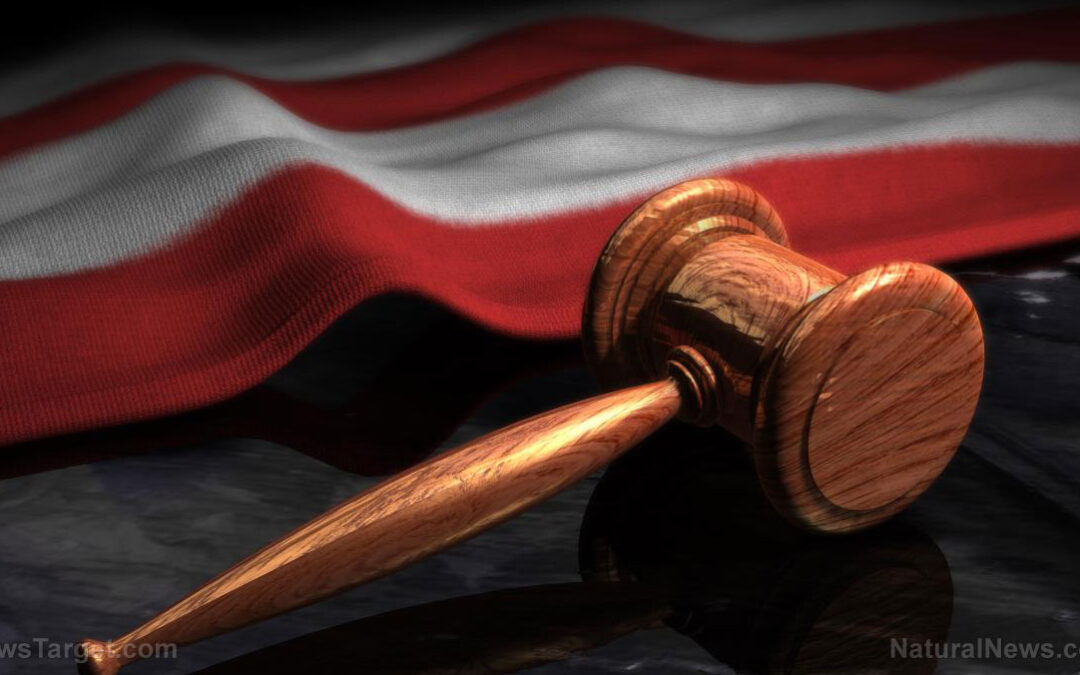 U.S. District Judge Gregory Van Tatenhove struck down Biden’s intrusive covid-19 vaccine mandate that threatened the body autonomy rights of individuals who work as federal contractors. On September 9, 2021, Joe Biden signed an executive order forcing all federal contractors to ensure that their workers are “fully vaccinated” with experimental covid-19 jabs. If a contractor did not comply with the vaccine order by December 8, 2021, the Biden regime threatened to cut them off, discontinuing all business relations with the contractor and severing any future opportunities with them. Workers were scheduled to be terminated en masse, but now they are standing on legal high ground, as Biden’s vaccine mandates crumble all around him.

Judge Tatenhove ruled that the Biden administration lacks the legal authority to force people to get vaccinated in order to contract with the federal government and freely engage in commerce. Biden’s vaccine mandate violates the medical privacy rights of all individuals involved, while ignoring all evidence of natural immunity in the population and the growing evidence of vaccine failure. (There is no scientific evidence that covid vaccines have saved a single life.)

For now, the preliminary injunction applies to three states — Kentucky, Ohio and Tennessee. If the Constitution is enforced, then the ruling will soon be made permanent, restoring equal opportunity for all federal contractors across the United States. A preliminary injunction has already been filed against the Biden regime’s vaccine mandate targeting private businesses and health care workers. Every person who is currently being pressured to take the jabs must continue to stand firm in their faith and bodily integrity, because these communists will continue to lose in the courts.

“The question presented here is narrow. Can the president use congressionally delegated authority to manage the federal procurement of goods and services to impose vaccines on the employees of federal contractors and subcontractors? In all likelihood, the answer to that question is no,” Judge Tatenhove affirmed in a 29-page order. It should be noted that Judge Tatenhove pandered to the defendants and argued that the vaccines “are effective” and that governments “in some circumstances, can require citizens to obtain vaccines.”

Ohio Attorney General Dave Yost stated, “This is not about vaccines, it’s about the mandates. The judge’s opinion clearly states that and it has been our position all along that the president cannot impose these mandates on the people.”

Biden’s lawyers argued that the federal government does have authority to control the private medical decisions of everyone who does businesses with the government because the President can pursue “efficient and economic” procurement under the Federal Property and Administrative Services Act.

Judge Tatenhove ruled in favor of the states and the people, citing the Tenth Amendment of the Constitution. He also ruled against Biden’s legal justification, saying that Biden failed to produce a single instance where the Services Act was used “to promulgate such a wide and sweeping public health regulation as mandatory vaccination for all federal contractors and subcontractors.”

The states that fought the vaccine mandate found it to be not only illegal and unconstitutional, but also very burdensome to the labor force and the supply chain, with negative economic impacts to States and private citizens. The attorneys general argued that there are people with natural immunity, too, and the current risks of COVID-19 are not being considered with the biased, discriminatory vaccine mandate.

With the definition of “fully vaccinated” changing every six months — contractors, healthcare workers and private companies across the United States would become permanently enslaved to a fascist medical dictatorship if the mandate is allowed to stand. Not only would they be subjugated into forever compliance, but they would also have to become a forever medical police force, threatening people to do things to their body under duress, against their own will. A vaccine mandate uses discrimination, segregation and bribery to violate an individual’s privacy, faith, conscientious beliefs, health and body autonomy. If a vaccine mandate is allowed to persist through any form of legal precedent, a dangerous threshold will have been breached, and it will take determined, righteous acts of courage to restore the Constitutional order and the respect for natural law. But for now, the rule of law is prevailing, and the communists are taking serious blows from the patriots who are fighting to protect the country.