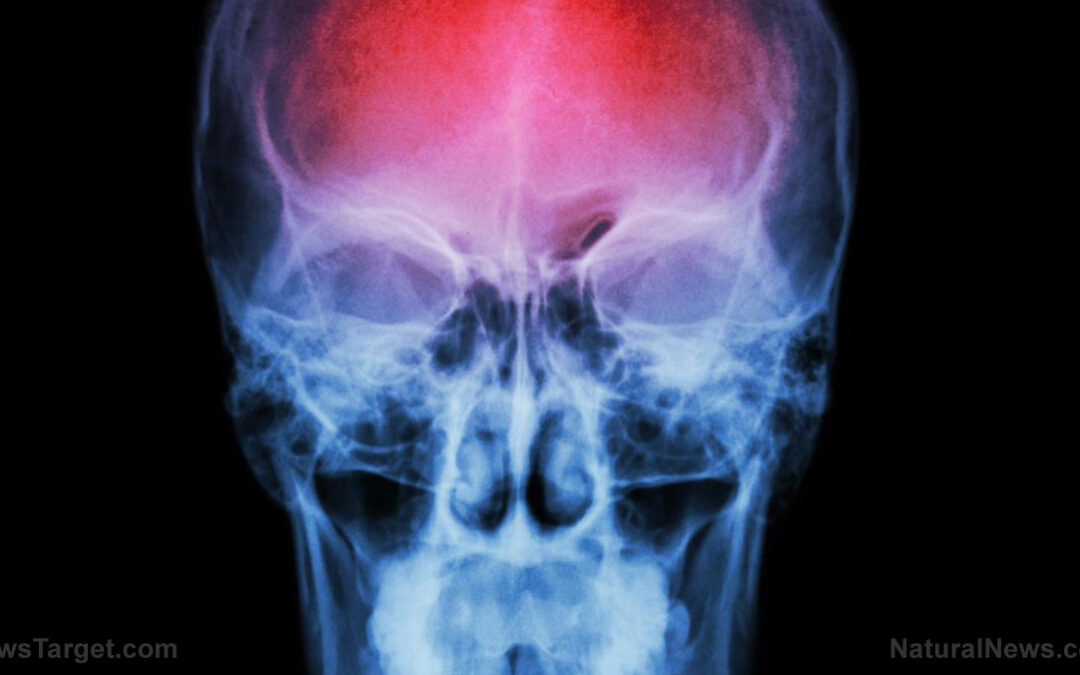 During a live broadcast, a Tulsa-based NBC affiliate KJRH‘s reporter suffered a stroke and found herself no longer able to read the words on her teleprompter.

The Oklahoma anchorwoman was delivering a story about NASA’s canceled Artemis 1 launch when she suffered a visible abnormality that left her confused, bewildered, and unable to continue the broadcast.

She attempted to continue speaking but eventually had to give up the segment and switch to an unrelated segment about the weather.

“I’m sorry, something is going on with me this morning and I apologize to everybody,” she said, going off script. “Let’s just go ahead and send it on to meteorologist Annie Brown.

Brown then took over the segment as she was heard in the background further away from the microphone apologizing profusely for the unexpected incident.

We wish her well in seeking medical treatment and achieving recovery.

As heart attacks and strokes ramp up, more people are asking: is this the fault of covid “vaccines?”

The reporter was not able to recover and had to receive emergency care after her colleagues called 9-11. She was rushed to the hospital and determined to have been in the beginning stages of a stroke – “but not a full stroke,” according to her doctors.

“I’m glad to share that my tests have all come back great,” she later wrote on her Facebook page. “At this point, doctors think I had the beginnings of a stroke, but not a full stroke.”

“There are still lots of questions, and lots to follow up on, but the bottom line is I should be just fine.”

Before the broadcast, she added, she felt just fine. The pre-stroke episode “seemed to have come out of nowhere,” she is quoted as saying.

“I felt great before our show,” she added in her post. “However, over the course of several minutes during our newscast things started to happen. First, I lost partial vision in one eye. A little bit later my hand and arm went numb.”

“Then, I knew I was in big trouble when my mouth would not speak the words that were right in front of me on the teleprompter. If you were watching Saturday morning, you know how desperately I tried to steer the show forward, but the words just wouldn’t come.”

She proceeded to joke about the incident, stating that her dad told her that her sudden hospital stay was “the first extended period of time I’ve spent by myself since my son was born, and he’s right.”

This reporter’s episode is hardly a laughing matter, though. Many people are suffering strokes due to vaccine clots.

One common side effect of getting a Fauci Flu shot (or two, or three) is that self-assembling nanoparticles create clots over time. This can lead to stroke or early death. (Related: Covid injections are also linked to causing hepatitis in children.)

“Two words: clot shot,” wrote a commenter at the DailyMail Online (United Kingdom) about the reporter’s horrific experience while live on the air.

“Pfizered,” said another, referring to the covid messenger RNA (mRNA) injection from Pfizer and BioNTech that is linked to cardiovascular disease.

“They put every virus they could find into the covid vaccines,” speculated another about why these jabs are causing so many problems. “They were a hodgepodge of HIV, hepatitis, herpes, and other viruses and toxins.”

“Plus several strains of bacteria, too,” added another.

The latest news coverage about Fauci Flu shot injuries and deaths can be found at ChemicalViolence.com.