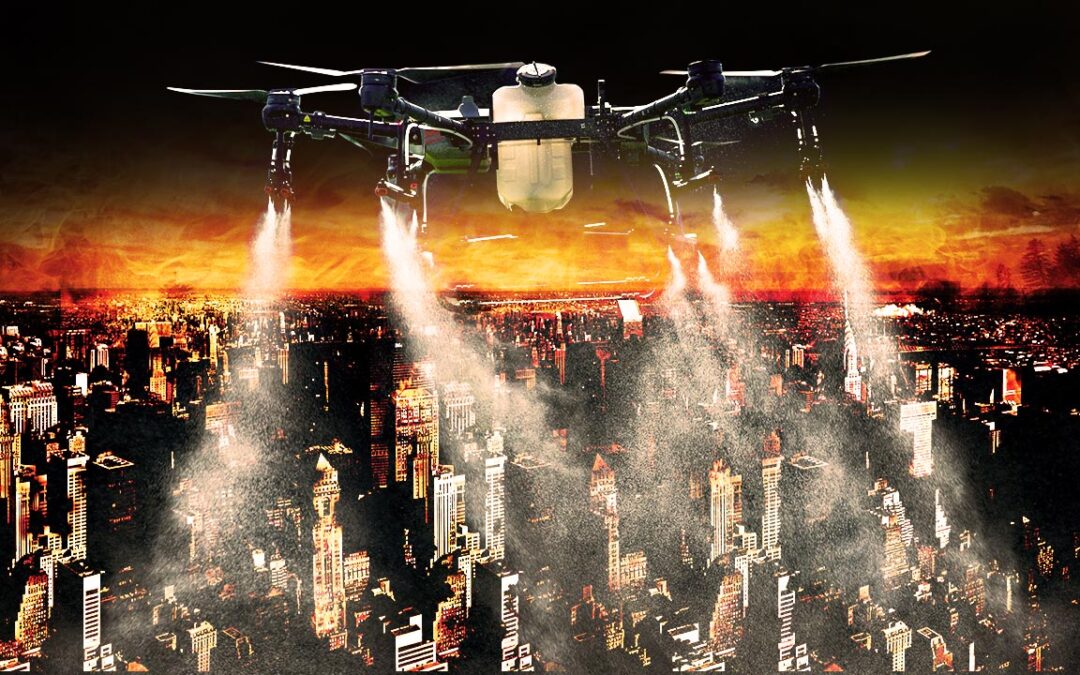 Dozens of venom peptides have been identified and confirmed in the bodies of covid victims. Analysis was conducted via HPLC with mass spec molecular mass and ion fragmentation confirmation, published in a science journal and indexed by PubMed.

– A patent has been identified that describes a bioweapons aerial drone delivery system designed to kill “100% of enemy troops.”

– This drone bioweapons delivery system can be outfitted with aerosolized venom peptides to air drop toxins onto any population, in any city, at any time, faking a pandemic outbreak (no virus necessary).

– The system also houses mosquitos which can be fed “a toxin suitable to be transmitted by mosquito bite” to achieve mass kills of civilians or troops.

– Russia has identified precisely these sort of drones (with 20L liquid carrying capacity plus aerosolized dispersal capabilities) being used by the Ukrainian government, fully capable of spraying biological weapons onto Russian troops or civilians. See this story on NewsTarget.com.

Hat tip to Dr. Tau Braun for alerting us to this patent after he viewed my recent interview with Dr. Jane Ruby and Dr. Bryan Ardis 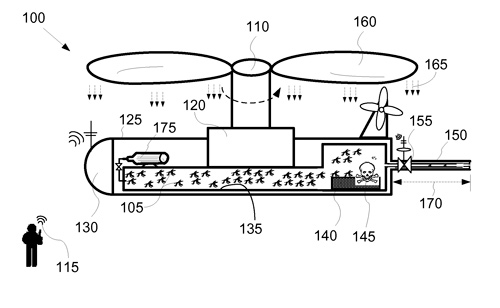 In the patent image above, notice the skull and crossbones in the lower right corner of the bioweapons container, which is feeding the mosquitos toxic molecules (could be chemicals, pathogens or venom peptides) with the purpose of having these injected into the intended targeted via mosquito bites.

“Sickness can be a very valuable military tool”

From the patent itself (emphasis added):

Throughout military history, the health of one’s troops has always been an important determining factor. Soldiers on the ground can only properly function if they are not ill, sick, or dying from a deadly virus or pathogen. A soldier, whose immune system is trying to fight a bug or pathogen, will have no energy or ability to fight other soldiers. Sickness can be a very valuable military tool that can be more devastating than the most up-to-date military guns and equipment.

Since making the enemy troops sick is an important military objective, one must then look at what means are available to get the pathogens, germs, and viruses to the enemy.

In today’s highly-advanced military technology, there are various types of small robotic devices that can try to get sickness agents close to enemy troops…

This miracle of technology can carry a sickness agent, covertly go to the enemy area, specifically find the individual enemy, and can contaminate the enemy with absolutely no warning. This ultra high-tech device of nature is called a mosquito. If only there was a way for military planners to harvest and use the power of the mosquito, they could easily sicken and kill large masses of enemy troops without even a single shot being fired.

With the toxic mosquito aerial release system, large masses of people can be immunized or enemy troops can now be wiped out or rendered useless without having to risk or endanger our own troops.

The mosquitoes in the toxic mosquito aerial release system can be contaminated with various types of genetically altered bacteria to activate the immune system, or contaminated with toxic sickness agents depending on the objectives. For military purposes, the mosquitoes may be used to deliver an agent such as malaria to create sickness, or they could use much more toxic or highly contagious agents and viruses. A highly contagious virus could wipe out 100% of the enemy troops because the ones that did not get bitten will be contaminated by their fellow soldiers. 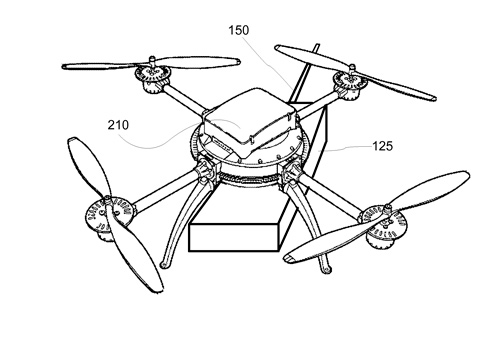 Does any of this sound familiar? Why did NYC have a sudden “covid outbreak” in Feb / Mar of 2020 that did not spread to other U.S. cities along a predicted viral pandemic projection?

What’s fascinating here is that this aerial drone bioweapons release system means it is possible to fake a pandemic by air dropping chemical toxins onto a population, without any virus existing at all. Once the population uptakes the toxins, they are driven by media fear to beg for vaccines. These “vaccines” then inject them with mRNA instructions that can program their cells to synthesize venom peptide proteins in their own bodies, creating even more symptoms and causing “shedding” / spreading of the venom peptides to others around them. This is then called an “epidemic” of viral spread, when there’s no virus even necessary for this process to be created.

That doesn’t mean there isn’t a SARS-CoV-2 bioweaponized viral strain in existence, it just means that no virus is required to stage an apparent “outbreak” and cause public panic about the latest pathogen. Everything we’ve seen with the so-called covid-19 pandemic could have been achieved without any virus at all.

A study published in the F1000 Research journal, indexed by PubMed Central and available on the National Library of Medicine website (https://www.ncbi.nlm.nih.gov/pmc/articles/PMC8772524/) is titled, “Toxin-like peptides in plasma, urine and faecal samples from COVID-19 patients.”

This study used HPLC (liquid chromatography) combined with mass spec instruments to identify the presence of dozens of venom peptide components in the feces and blood plasma of covid-19 victims. Authored by Carlo Brogna and other Italian researchers, the study, “reports the identification of toxin-like peptides in COVID-19 patients by application of the Liquid Chromatography Surface-Activated Chemical Ionization – Cloud Ion Mobility Mass Spectrometry.” 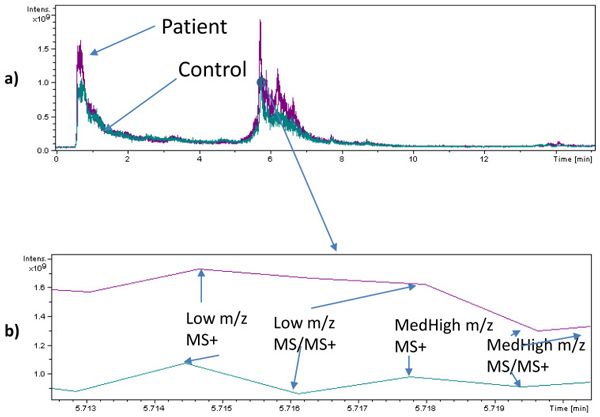 SEE The full list of toxic peptides and venom peptide components identified in the bodies of covid-19 victims and read the rest of the story.