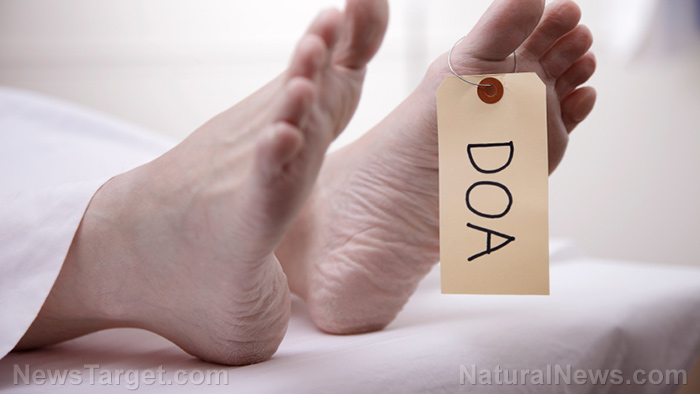 Two journalists DIED in the same weekend while covering the FIFA World Cup Qatar 2022. The first journalist to die “suddenly and unexpectedly” was Grant Wahl, a 48-year-old soccer journalist from the US. One report claimed Wahl died from a heart attack while working in the press room. Another report claimed that he had been struggling with a “strong cold” that was later diagnosed as bronchitis. No cause was identified for Grant’s sudden and unexpected death. Witnesses say Grant was laughing about a video just minutes before he passed out.

The second journalist to die suddenly and unexpectedly was Khalid al-Misslam – a young photojournalist from Qatar’s Al Kass TV. There are no reports currently available on the cause of Khalid’s death. Al Kass TV has been very quiet about the cause of the sudden death of one of their own journalists.

“Al Kass TV photojournalist Khalid al-Misslam passed away recently,” reported Qatari news media outlet, Gulf Times. “Al- Misslam, a Qatari, died suddenly while covering the FIFA World Cup Qatar 2022. We believe in Allah’s mercy and forgiveness for him, and send our deepest condolences to his family. We are all Allah’s and to Him we return,” the post concluded.

However, when fully-vaccinated young people pass away suddenly in 2022, the medical establishment no longer has all the answers. People are no longer lining up en masse for the faulty, fraudulent covid-19 test to “confirm” that they are sick with something called covid-19. The medical fraud is unwinding. In late 2021, the entire nation of Italy raised the alarm on the misuse of the covid-19 PCR test, and they reduced its COVID-19 death toll by 97%.

The same mass deception of 2020 is alive and well in 2022, but today, the covid-19 label is used less frequently. The death of millions of people today is now coming from “unknown causes” or “sudden adult death syndrome.” The corporate media no longer advertises a “pandemic of the unvaccinated.” Today’s death wave is currently labeled “sudden and unexpected.” Vaccinated individuals are dying within two years of taking the jabs, and the medical and media establishment pretends a person’s vaccine status has nothing to do with these medical atrocities. This new mRNA technology was supposed to be the savior of the world, but the vaccine isn’t conveying immunity, and all the inflammation from the vaccine is causing serious reactions, blood clots, neurological issues, and fatal heart damage.

In the case of Grant Wahl, the covid-19 vaccine was his science, his savior. In his twitter posts, he reassured himself that if he did get covid, it wouldn’t be serious. In Copenhagen in June 2021, he gloated about being free to watch a soccer tournament because he was fully vaccinated, while the unvaccinated were segregated. Strangely enough, he chose not to eat in restaurants or socialize, and he wore a mask indoors, despite being vaccinated and boosted.

On December 17, 2021, he claimed death on the unvaccinated. “If you’re unvaccinated at this point, you’re asking to be hospitalized or worse.” Grant also parroted government lies and told everyone to get the injections “for your community, for your country, for yourself.”

His wife, Dr. Celine Gounder, actually worked for the Biden administration’s covid-19 task force. Grant’s interview with his wife did NOT age well. Dr. Gounder said in a now infamous tweet: “Saying ‘the vaccines don’t work’ is ‘like saying seat belts don’t prevent all injuries in car accidents, so seat belts are useless. The vaccines are working very well at protecting against severe disease, hospitalization, and death.”