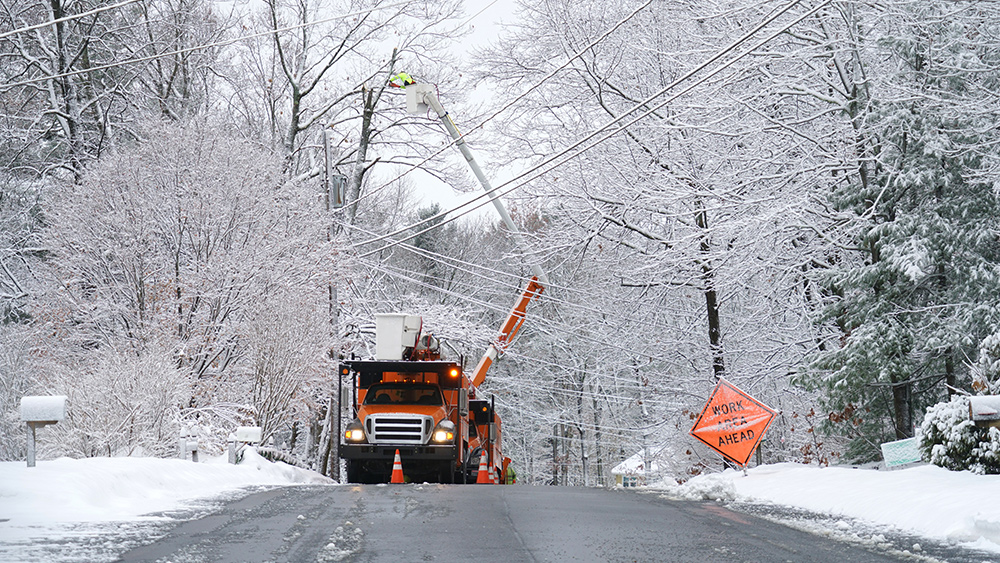 Experts have been warning for months that there could be major issues delivering enough power to customers along the country’s Eastern corridor this winter if unseasonably cold temperatures hit, and those experts have now been vindicated.

According to reports on Christmas Eve day, the powerful winter storm that saw temps plunge to record lows throughout the middle of the country, reaching down into Florida and threatening the state’s orange crop, began battering the East Coast with snow and subzero temperatures by Saturday morning. As the storm worsened, a regional grid serving 65 million customers in 13 states, as well as the District of Columbia, declared an emergency after a million people lost power. The outage also disrupted air travel, and highway accidents were spiking as well, Zero Hedge noted.

“Let’s begin with PJM Interconnection, a regional power grid that stretches from Illinois to New Jersey, which declared a Stage 2 emergency late Friday and asked customers to conserve electricity due to the rising risk of grid instability,” the outlet noted, citing the utility.

The request for customers to reduce their use of power came as the grid manager attempted to stave off a Stage 3 emergency, which, if declared, will result in rolling blackouts across all of the aforementioned states and the nation’s capital at a time when temperatures have plunged to dangerous lows.

“Demand soared more than 9 gigawatts above forecasts Friday evening — much faster and higher than anticipated. That’s the equivalent of about 9 million homes just popping up on the grid on a typical day,” Bloomberg News said.

Meanwhile, PJM spokeswoman Susan Buehler told the outlet that Stage 2 emergency would “certainly be enough” to avert rolling blackouts across the regional grid since the current Arctic blast of air is just temporary. But there are no guarantees.

In the Carolinas, Duke Energy Carolinas and Duke Energy Progress, like several other utilities, have asked customers to conserve power due to energy shortfalls.

Duke wrote in a statement Saturday morning it has “implemented load shedding steps that include interruptions in service.” This means power is being curtailed for some customers to protect the grid from collapse. With power grids in an emergency across the eastern half of the US, there are also a million customers without power — most outages are in North Carolina, Tennessee, and Maine.

As of Saturday morning, around 60 percent of the country — some 200 million Americans — were experiencing the severe winter weather and are under various alerts, Bloomberg News reported.

But ground travel was being disrupted too, with massive interstate pile-ups amid inclement weather and blowing snow, as noted in various reports and on social media.

There is some good news on the horizon, however. The Arctic blast will blow through the country by early next week, and in many parts of the midwest, temps will rise into the 40s and 50s again. But the grid will no doubt become endangered again this winter, just as experts had predicted.