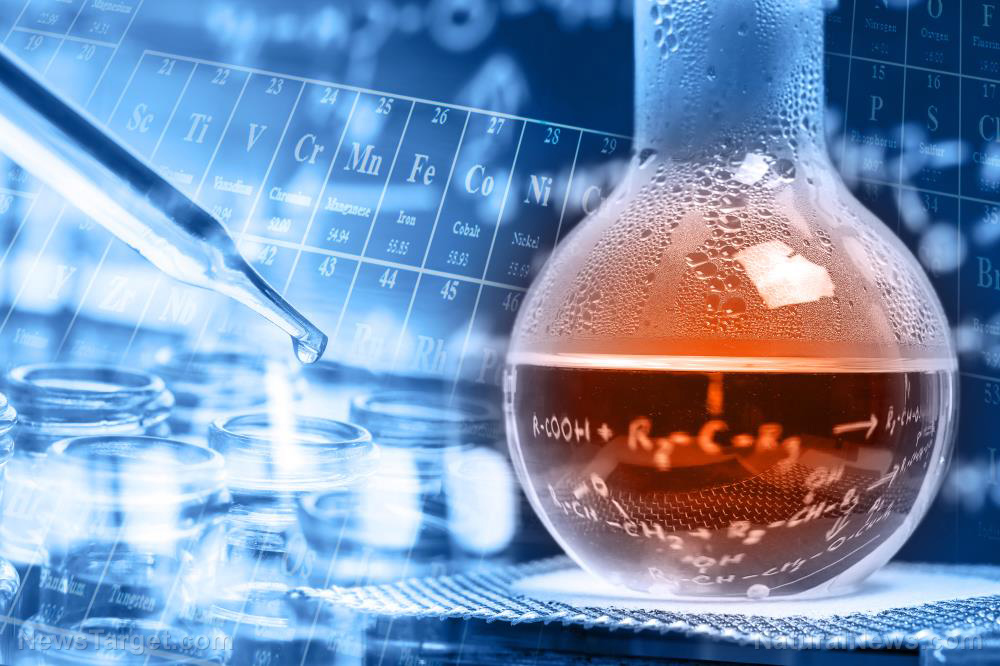 In conjunction with the non-profit Consumer Wellness Center, CWC Labs has rolled out a new, expanded glyphosate contamination rating system at GlyphosateTested.com. There, you’ll see glyphosate ratings from A+++ (the best) to F (the worst).

Notably, a rating of “A” is consistent with current EU standards on glyphosate, which are the most strict governmental standards in the world. That rating is 100 ppb (parts per billion), which equates to 100 ng/ml in liquid form.

In contrast to the strict EU limits on glyphosate, the U.S. EPA allowable limits are described here. At that link, you will note that “animal feed” has a limit of 400 ppm (400,000 ppb).

This underscores how much glyphosate the EPA allows on food crops. In some cases, these allowable levels of glyphosate contamination are literally one thousand times higher than EU limits.

All the examples mentioned above would earn an “F” on GlyphosateTested.com, by the way. To earn an “A” or better, the food, beverage, supplement or other items must have less than 100 ppb. 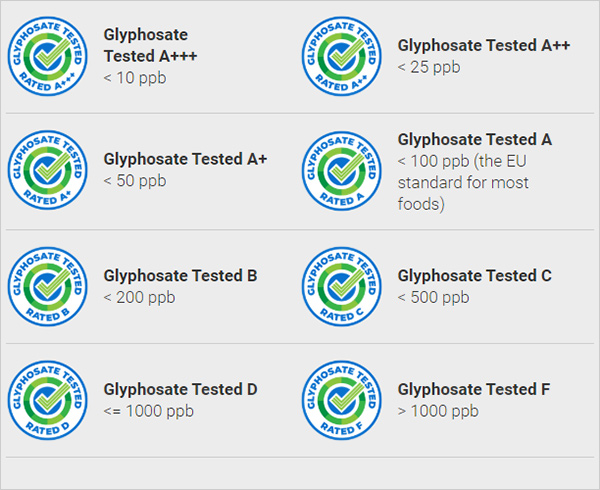 AMPA is a byproduct of glyphosate that’s created when soil bacteria alter glyphosate. Thus, the presence of AMPA indicates contamination of glyphosate that has been partially broken down by soil bacteria. The scientific literature on AMPA’s health risks is very thin at the moment. Few studies have looked at AMPA’s toxicity in any living system, although there are papers that talk about AMPA harming earthworms.

Because of the lack of scientific literature on AMPA’s toxicity, even we aren’t sure about the safety or danger of AMPA when it comes to human consumption. As a smaller molecule than glyphosate, AMPA is able to move more easily through cell walls and biological structures, but since it lacks the full molecular functional groups of glyphosate, it is theoretically possible that AMPA’s toxicity may be very low compared to glyphosate itself. More research is needed on this point, but sadly the scientific establishment is now run by Big Pharma and Monsanto (Bayer), meaning that any real research into AMPA’s toxicity will be de-funded, censored and sometimes even retracted from science journals if it manages to get published in the first place. Thus, we really have no way to trust the scientific establishment’s conclusions on AMPA, since “science” has become corrupted by corporate interests.

In lab tests at CWC Labs, we have already seen potentially concerning levels of AMPA in popular coffee products purchased at Wal-Mart, for example. Interestingly, we also find many foods with significant glyphosate but no AMPA whatsoever. In other words, the presence of glyphosate does not always mean AMPA will also be found in the same sample. We have never found AMPA on its own without glyphosate, however.

At what point is glyphosate considered to be “zero” in a particular food?

As we have previously pointed out, any discussion surrounding definitions of “glyphosate free” or “zero” contamination is scientifically invalid, since advances in instrument sensitivity continue to push the lower limits of detection. Technically, if you can detect molecules at picograms or femtograms per milliliter, literally every food would “test positive” for a few molecules of glyphosate. It’s floating around in the air, after all, and some number of molecules contaminate everything.

But finding glyphosate at such small concentrations achieves nothing meaningful for food consumers. Encountering a small number of individual molecules of glyphosate is irrelevant. What matters is the aggregate consumption of glyphosate stemming from significant concentrations of the herbicide in foods and beverages. The target of real concern begins in the parts per billion (ppb) range or higher.

At 10 ppb, some labs consider glyphosate to be effectively zero. This seems reasonable when applied to foods and beverages since 10 ppb is such a low concentration that a person would have to consume tens of thousands of kilograms (or liters) of such substances to equal the same exposure found in just a few drops of agricultural glyphosate splashed onto the skin. (See my own research into glyphosate in beer to learn more.)

One current glyphosate testing system defines “Glyphosate Residue Free” as meaning less than 10 ppb, but that system does not currently test for AMPA. There’s also an inherent lack of information in a pass / fail designation. Knowing that a particular food item doesn’t pass the “Glyphosate Residue Free” standard, for example, doesn’t tell you how much glyphosate it contains. That information, we believe, is important for informed consumers.

In creating GlyphosateTested.com, we sought to provide a meaningful gradient that would better inform food, supplement and beverage consumers about the concentrations of glyphosate which were detected in various products. We started the “A” grade at 100 ppb because that’s the super strict EU standard for most foods. Lower levels of glyphosate earn “plus” designations such as A+, A++, and A+++, which indicates glyphosate at concentrations below 10 ppb.

Foods with higher levels of glyphosate — above 100 ppb — earn grades of B, C, D or F, according to how much glyphosate they are found to contain.

Notably, foods that earn an “F” under this rating system would still qualify as legal and even “safe” according to the EPA and FDA, which seems to have constructed its limits based on direction from Monsanto rather than any real concern for public safety.

At the Health Ranger Store, which specializes in laboratory-verified supplements, superfoods and personal care products, the new glyphosate rating system will be rolled out across all products over time. In nearly all cases, the products offered at the store earn an A+++ rating on this chart, since no glyphosate has been detected. In some cases, trace levels of glyphosate may exist that earn a lower rating such as A++ or A+.

The Health Ranger Store does not offer any products below an “A” rating. Such raw materials are rejected before being acquired (the store lab tests all raw materials before acquiring production lots).

One trend we are noticing, however, is increased glyphosate contamination of legumes. That’s probably why both the EPA and EU allow extremely high levels of glyphosate across all beans and legumes, including soy products. It’s not unusual for us to see an “F” rating in a sample from a vendor offering various legumes.

Disturbingly, we’ve even seen “F” levels of glyphosate in organic legumes, indicating that there’s either a problem with organic fraud, or there’s a huge cross-contamination issue where organic legumes are being contaminated from glyphosate sprayed on non-organic crops.

One of the areas of interest that we’ll be focused on is testing organic products for glyphosate and reporting the results using the GlyphosateTested.com rating system.

GlyphosateTested.com is a single system for all foods, supplements, cosmetics, and beverages

Unlike complicated systems rolled out by governments that mostly try to appease agricultural corporations, the GlyphosateTested.com rating system is a single system that applies to everything: food, supplements, beverages, personal care products, and even water.

This way, you don’t have to memorize separate charts for every different type of food. (The EPA’s system of allowable residues is a nightmare of special interests and bad science.)

In the near future, CWC Labs will be testing various foods and supplements, adding them to a public rating list found at the GlyphosateTested.com website.

Also, see FoodForensics.com for videos about glyphosate testing of beer and other products.