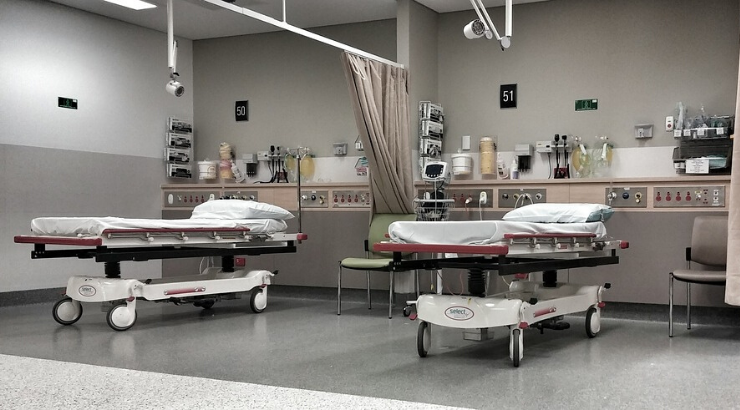 Infections at hospitals claim nearly 100,000 people in the U.S. per year while sickening about 2 million.

However, a new study has found that hospital beds in the Intensive Care Unit (ICU) made from copper harbor an average of 95 percent less bacteria than traditional hospital beds—drastically lowering the risk to which patients are exposed during their hospital stays.

The research, published this week in Applied and Environmental Microbiology, could open the door to removing a source of illness and a number of deaths in patient care settings “roughly equivalent to the number of deaths if a wide-bodied jet crashed every day,” said Dr. Michael G. Schmidt, a professor of microbiology and immunology at the Medical University of South Carolina, Charleston.

Indeed, hospital beds are one of the most contaminated surfaces in hospitals, directly leading to lethal hospital-acquired infections, which are the eighth leading cause of death in the U.S.

“Despite the best efforts by environmental services workers, they are neither cleaned often enough, nor well enough,” said Dr. Schmidt.

However, beds with copper surfaces have not been commercially available to hospitals despite the longtime knowledge that they repel and kill bacteria.

The antimicrobial properties of copper have been known since the time of ancient Ayurveda, one of the world’s oldest holistic healing systems, Science Daily reports. Adherents of Ayurvedic healing, which was developed in India over 3,000 years ago, often contained their drinking water in copper vessels to prevent illness from spreading.

See:  The Lost Book of Remedies

Based on the positive results of previous trials, we worked to get a fully encapsulated copper bed produced.

We needed to convince manufacturers that the risk to undertake this effort was worthwhile.

During the study, researchers found that the rails, footboards, and bed controls of traditional hospital beds with plastic surfaces were rife with dangerous amounts of bacteria, with 90 percent of bacterial samples indicating concentrations of bacteria exceeding safe levels.

The copper beds, however, not only had far fewer microbes but they also remained below a safe level throughout patients’ hospital stays.

The researchers believe that copper hospital beds will not only lead to major improvements in patient outcomes and lives saved, but also major savings in terms of healthcare expenditures.