The Most Valued Trait in a Potential Partner? Kindness 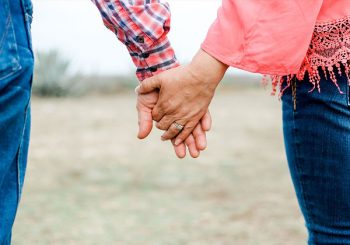 What would you say is the most important trait you’d look for in a partner, if you were single? Good looks? Money? A sense of humor? All of the above?

Sure, all of the above would be a good start – why not? But researchers at the University of Swansea have found that one often overlooked trait actually tops the polls in what people want from their ideal partner: kindness.

In a fascinating experiment, researchers surveyed 2700 college students from around the world, inviting them to spend a fixed budget of imaginary “mate dollars” on “buying” more or less of eight key characteristics/traits:

The traits were deliberately selected to include characteristics which are valued differently in different parts of the world, such as chastity and the desire for kids, as well as those which are universally considered important, such as physical attractiveness.

The results showed that worldwide, a desire for kindness in a partner came out on top, with students from both Eastern and Western backgrounds spending between 22 and 26% of their budget on this trait [1]. This suggests that a desire for kindness in a relationship has evolved in humans irrespective of cultural background; it is an ingrained desire common to all of us, not something which we learn from our environment.

These findings mirror another much larger but less scientific survey carried out by a dating company, which found that out of 400,000 singles, 82% of women and 70% of men ranked kindness as their number one desired trait – outranking attractiveness, money and pretty much everything else by some considerable distance [2].

The Swansea University study is not the first time that kindness has been shown to be important in research into happy relationships, but it is the first to attempt to demonstrate whether or not that holds true across diverse cultures.

The Gottman Institute, which carries out extensive longitudinal research into relationships, has also made discoveries regarding kindness, and has noted how small acts of kindness act as a glue which can hold together a successful relationship, even when problems arise [3]. Using a variety of methods, including assessing kindness levels, Gottman researchers have been able to predict whether or not a couple with divorce with over 90% accuracy [4].

All of this makes instinctive sense. We all want to be heard and listened to in a relationship and taking time to truly hear your partner is an act of kindness which most successful couples are good at. If you can see your partner being kind towards other people and animals in his or her life, this also helps you to feel secure and to build an atmosphere of trust in the early stages of a relationship.

It makes sense in terms of evolutionary biology too. One theory is that humans are hard-wired to find kindness or altruism in others attractive, because of course if someone is kind in general then they will most likely be kind towards us and help us to rear a healthy family, thus carrying on the evolutionary line [5].

Nikki Harper is a spiritualist writer, astrologer, and editor for Wake Up World.