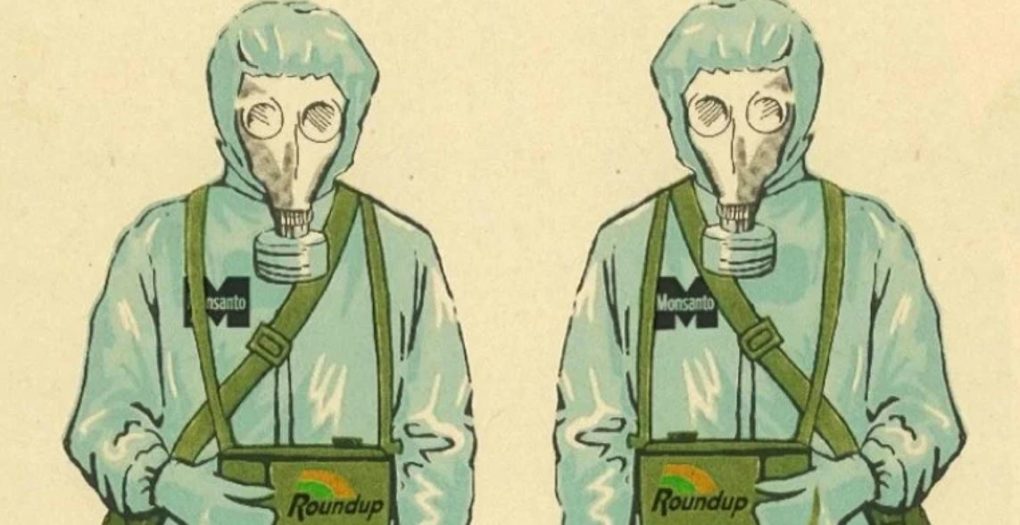 The U.S. Environmental Protection Agency (EPA) has reaffirmed their belief that glyphosate is not a carcinogen, despite initially concluding the chemical was probably carcinogenic.

On Thursday, the EPA concluded a regulatory review of glyphosate and found that the most widely used herbicide in the United States is not a carcinogen. While the latest review reaffirms the EPA’s previous stance on glyphosate, this conclusion marks the first time the EPA has expressed support for glyphosate after several lawsuits resulted in juries ruling that the chemical was in fact responsible for cancer.

“EPA has concluded that there are no risks of concern to human health when glyphosate is used according to the label and that it is not a carcinogen,” the agency said in a statement. A Bayer spokesman told Reuters, “Glyphosate-based herbicides are one of the most thoroughly studied products of their kind, which is a major reason why farmers around the world continue to rely on these products.”

Bayer bought Monsanto and their glyphosate-based product Roundup for $63 billion in 2018 and the company has publicly maintained that glyphosate is not carcinogenic.

The EPA’s ruling that glyphosate is not carcinogenic contrasts with a 2015 study by the World Health Organization’s International Agency for Research on Cancer (IARC) which found that glyphosate may contribute to non-Hodgkin lymphoma. Aaron Blair, a scientist emeritus at the National Cancer Institute and lead author of the study, told Reuters at the time, “There was sufficient evidence in animals, limited evidence in humans and strong supporting evidence showing DNA mutations and damaged chromosomes.”

The IARC report was published in Lancet Oncology detailing evaluations of organophosphate pesticides and herbicides. The report concluded that there was “limited evidence of carcinogenicity in humans for non-Hodgkin lymphoma.” The evidence for this conclusion was pulled from studies of exposure to the chemical in the U.S., Canada, and Sweden published since 2001.

The researchers found “convincing evidence that glyphosate can also cause cancer in laboratory animals.” The report points out that the EPA had originally classified glyphosate as possibly carcinogenic to humans in 1985. The IARC Working Group evaluated the original EPA findings and more recent reports before concluding “there is sufficient evidence of carcinogenicity in experimental animals.”

Lori Ann Burd, director of environmental health for the Center for Biological Diversity, told Reuters that a connection between the Trump administration and Bayer/Monsanto “doesn’t change the trove of peer-reviewed research by leading scientists finding troubling links between glyphosate and cancer.” The cozy relationship between the U.S. government and the BioTech Industry (Monsanto, Syngenta) has been consistent during the Trump, Obama, Bush, and Clinton administrations.

During one of the recent lawsuits against Monsanto, the relationship between Monsanto lawyers and the EPA was made clear. As Alva and Alberta Pilliod fought to prove that Roundup caused their cancer, Monsanto spokesman William Reeves admitted the corporation has regularly communicated with U.S. regulatory agencies regarding reviews of the controversial Roundup herbicide.

During that trial, lawyers representing the Pilliods played video testimony of Reeves acknowledging that Monsanto executives exchanged text messages with regulators from the EPA. More specifically, Reeves was communicating with members of the board that glyphosate was not carcinogenic for humans. The lawyers also gained access to text messages between Monsanto employees and the EPA.

The text messages show that on June 18, 2015, Monsanto scientist Eric Sachs sent a text message to former EPA toxicologist Mary Manibusan looking for help finding a contact in the Agency for Toxic Substances and Disease Registry (ATSDR). Sachs was looking to communicate with someone in relation to the agency’s ongoing work developing a toxicological profile of glyphosate, Roundup’s main ingredient. The ATSDR had begun working on the profile after the World Health Organization’s International Agency for Research concluded that glyphosate was “probably carcinogenic to humans.”

In another text, Manibusan told Dan Jenkins, Monsanto’s liaison to U.S. regulatory agencies like the EPA, that he may need help “trying to do everything we can to keep from having a domestic IARC occur with this group,” in reference to the ATSDR. By June 23, 2015, Jenkins wrote to his Monsanto colleagues alerting them that Jack Housenger, director of EPA’s Office of Pesticide Programs, would put a hold on the report. “ATSDR Director and Branch Chief have promised Jack Housenger (Director of the US Office of Pesticide Programs) to put their report ‘on hold’ until after EPA releases its preliminary risk assessment (PRA) for glyphosate,” Jenkins wrote.

When questioned about these texts by the Pilliods’ lawyers, Reeves confirmed the text messages were authentic but stated, “I never heard anyone at the EPA say they were going to tell ATSDR what to do.”

When considering the EPA’s latest conclusion that glyphosate is not carcinogenic in humans, it is important to understand the full context of the relationship between Bayer/Monsanto and the government. The relationship goes back decades and should not be taken lightly.

As Reuters noted regarding the new EPA conclusion, “the EPA judgment could help bolster the case for Bayer as it faces thousands more lawsuits from Roundup users who allege it caused their cancer.” Knowing that the EPA and Monsanto are essentially on the same team, is it outlandish to think they might attempt to help Monsanto avoid more lawsuits and multi-million dollar settlements? The evidence makes it clear that Monsanto and government employees have often put their mutual interests ahead of those of the American public.