How Fluoride (a toxin) got in our water, and Iodine (a critical nutrient) disappeared from medical school textbooks 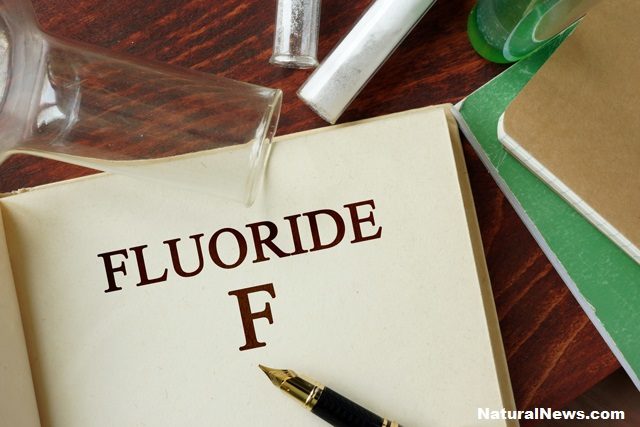 If you were a woman with painful, cystic breasts who lived in the 1800’s—your doctor might have advised you to “paint your breasts” with iodine.  Some doctors even injected iodine directly into the breasts or ovaries to heal cysts.

Your doctor may have heard about it by word of mouth from the women he treated. Imagine how difficult word of mouth was back then—long before fast transportation and instant messaging.  Yet—this was real evidenced-based medicine—shared for free by women who cared about each other. And you can bet—if it didn’t work—those same women would have told you!

Iodine had a rich healing history, long before the 1800s. Prior to that, seaweed was used in healing treatments, but no one knew it was the iodine in it that did the healing.

So why is it that most women today have never heard about painting cystic breasts or ovaries with iodine? How did this simple yet fundamentally proven, effective treatment get lost in the archives of ancient medicine?  And iodine wasn’t just used for cysts. In 1829, a Paris doctor named Jean Lugol created Lugol’s Solution from 5% iodine and 10% potassium iodide combined with distilled water. This was formulated for lung diseases, which were prevalent in Europe at the time. Word of mouth spread quickly. Doctors of this era had a saying:

By the early 1900’s—Iodine was listed in the Merck Manual (the best selling medical textbook) as the treatment most used for tumors. Iodine suppositories were marketed for prostate issues and salves were created for breast cysts and other conditions.  Salves–mixing iodine with a carrier oil–can reduce skin irritation and iodine evaporation for topical application.

In 1989 on a trip to rural China, Dr. G. Robert DeLong, a pediatric neurologist noticed some disturbing health issues among the children.

“The children in the Chinese village disturbed him most: One in 10 suffered from mental retardation, deafness and other problems that were preventable with a small dose of iodine,” writes Sarah Avery. (Article listed below in Resources)
Dr. DeLong used a simple 55-gallon oil drum filled with potassium iodate with an IV type tubing drip on top of a bridge that crossed an irrigation canal. It dripped into the water supply and was guarded by a villager day and night, and refilled when necessary. The result?

“As a result of Dr. DeLong’s work, “Infant mortality rates were cut in half. Goiters disappeared. The children grew taller and had an average IQ of 16 points higher than children in nearby villages where the water wasn’t iodized.”

The cost per person was less than 6 cents. The profound changes were priceless. (The Iodine Crisis by Lynne Farrow)

In 1945, Grand Rapids, Michigan was the first city in the U.S. to fluoridate its water. By the 1950s, community water fluoridation was a standard American health policy—with the full support of dentists, government health agencies, and numerous others in the medical and scientific community.

Most people are surprised to learn that unlike the pharmaceutical grade fluoride in their toothpaste (still toxic and comes with a warning if ingested), the fluoride in our community water supply is an untreated industrial waste product.

Highly toxic hydrogen fluoride and silicon tetrafluoride gases are by-products of fertilizer production. Prior to the 1970s, these pollutants were vented into the atmosphere and caused some of the most noxious air pollutions in the country. The U.S. National Institute for Occupational Safety and Health (OSHA) cautioned that FSA, an inorganic fluoride compound, had dire health consequences for any worker that came into contact with it. Breathing its fumes caused severe lung damage or death. An accidental splash on bare skin would lead to burning and excruciating pain.

But ask most dentists—and it’s all about tooth decay prevention.

It is this fluorosilicic acid that has, since 1945, been transported from fertilizer factories to water reservoirs throughout the United States. Once there, it is drip-fed into drinking water. (See OSU resource below for full history)

Unbeknown to most, our major source of dietary iodine was removed from salt and flour in the 1970s.  Even today—most people think they get enough dietary iodine in salt and bread. Check the label on that bag of flour in your pantry. It most likely contains another poisonous Halogen—bromine.

Here is the problem with fluorine, bromine, and chlorine—these highly toxic halogens from the periodic table displace iodine.  When we inhale or ingest them—they compete with iodine at the receptors, displace it, and then sequester themselves in the tissues, disrupt our endocrine system and often lodge in the brain. While iodine raises IQ, the other three lower it. Documented studies of fluoride also show an increased risk of bone cancer, osteoporosis, hip fractures, Down’s syndrome and damage to our pineal gland.

Without the protective grace of iodine—fluids accumulate in the tissues, hormone disruption occurs, cysts develop to surround the toxins and prevent them from entering the bloodstream. Mammograms often rupture these cysts in the breast—releasing toxins from their protective cell wall into the bloodstream.  Like popping a balloon.

Iodine is an inexpensive, NATURAL element that can’t be patented. Iodine “reverses” benign breast, prostate and ovarian cysts before they become cancerous—very often within two weeks to three months.

But what would become of the cancer industry?

Finally—a recent study appeared in the medical journal of all medical journals—The JAMA (listed in resources below). In an age of natural health censorship—it is difficult to do your own research, which I always recommend.  Look stuff up!  The article states what many of us in the natural medicine field have known for years, and been criticized for by our dentists—fluoride ingested by pregnant mothers lowers their children’s IQ.  This news is actually in a “prestigious” medical journal.  Imagine that?

“Pull out the poison, Feed the body, and God will Heal” Burton Goldberg
Originally posted: https://naturalnewsblogs.com/how-fluoride-a-toxin-got-in-our-water-and-iodine-a-critical-nutrient-disappeared-from-medical-school-textbooks/