After mocking “chemtrails” for over a decade, global elites suddenly announce geoengineering plan to “dim the sun” with aerial spraying 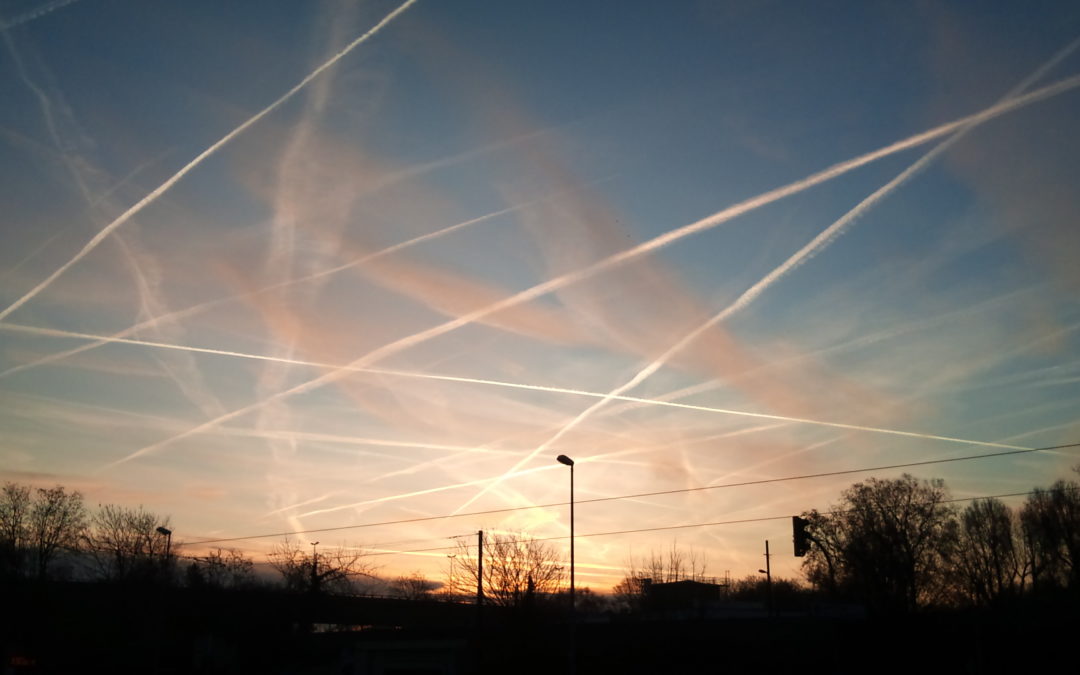 Back in 2008, a news publication called Phoenix Times News published a story mocking people who believe in so-called “chemtrails,” calling the concept of geoengineering a “strong competitor for dumbest conspiracy theory ever.” There’s simply no such thing as chemical aerosols that are blasted from airplanes, and that remain suspended in the atmosphere, we were all continually told – with a constant emphasis on the alleged “ridiculousness” of such a notion.

Well, all of that mockery came to a screeching halt just a few short days ago, as mainstream media outlets the world over suddenly showed eagerness to report on how chemtrails are now apparently real, and that we supposedly need them now in order to combat the ever-impending threat of “global warming.”

It’s true: The very same “elites” that back in the day not only denied chemtrails but turned into a laughingstock anyone who believed in them now insist that chemtrails are totally real. And going a step further, these same elites also now claim that chemtrails are the weapon we’ve been overlooking all along to win the War on Climate Change.

These “stratospheric aerosol injections,” as they’re now calling what they previously claimed didn’t exist, can reportedly now be used to blanket the skies in swaths of chemicals, effectively blocking out the sun’s rays and “cooling” the planet. It’s as simple as that, according to self-proclaimed scientists from the Ivy League institutions Harvard University and Yale University, who wrote all about this newfangled climate change weapon in a paper recently published in the journal Environmental Research Letters.

The researchers behind the paper attempt to validate their newfound claim that shooting untold tons of sulfur dioxide aerosols into the world’s skies will effectively block out just enough natural sunlight to ever-so-slightly “cool” the planet, which climate change lunatics insist needs to happen in order to offset carbon dioxide (CO2) emissions they’ve erroneously dubbed as “pollutants.”

Global warming and chemtrails: a smokescreen of deception

Some readers may recall that the term “global warming” has gone somewhat out of vogue in recent years as a result of the infamous “Climategate” scandal, which several years back brought to light the fact that so-called “climate scientists” had fudged the numbers about weather patterns, and that the planet is actually already cooling and possibly even entering an ice age all on its own – hence why “climate change” has now become the climate fanatics’ new buzzword.

But as pointed out by Dave Hodges from The Common Sense Show, it’s all so obvious what’s actually going on in this ever-evolving trend of climate deception. Chemtrails have, in fact, been around for many, many years, and after denying their existence for decades, the “elite” now want to hijack the narrative and create a whole new set of lies in favor of something that they insisted in years past doesn’t exist.

“Apparently, the Harvard and Yale researchers have returned to the concept of global in the hope that the public has a short memory of the fraud that was perpetrated upon the public a decade ago,” he writes about this sudden admission that chemtrails exist, accompanied by a fresh narrative about how they’re needed to cool a planet that’s apparently already been cooling for quite some time now.

Be sure to read Hodges’ full analysis at this link.

You can also keep up with the latest news on chemtrails — now an accepted scientific strategy for altering the atmosphere — at ChemtrailsNews.com.