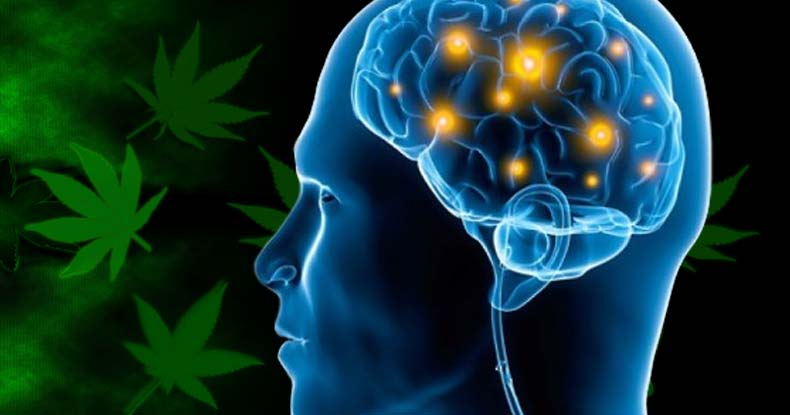 People suffering from post-traumatic distress disorder report that cannabis reduces the severity of their symptoms by more than half, at least in the short term, according to a recent study led by Carrie Cuttler, a Washington State University assistant professor of psychology.

Cuttler and her colleagues analyzed data of more than 400 people who tracked changes in their PTSD symptoms before and after cannabis use with Strainprint, an app developed to help users learn what types of medical cannabis work best for their symptoms. The group collectively used the app more than 11,000 times over a 31-month period.

The study, recently published in Journal of Affective Disorders, shows cannabis reduced the severity of intrusions, returning thoughts of a traumatic event, by about 62%; flashbacks by 51%, irritability by 67%, and anxiety by 57%. The symptom reductions were not permanent, however.

“The study suggests that cannabis does reduce symptoms of PTSD acutely, but it might not have longer term beneficial effects on the underlying condition,” said Cuttler. “Working with this model, it seems that cannabis will temporarily mask symptoms, acting as a bit of a band aid, but once the period of intoxication wears off, the symptoms can return.”

PTSD is a disorder affecting people recovering from traumatic events and impacts women at about twice the rate as men with a 9.7% to 3.6% lifetime prevalence, respectively. While therapy is recommended as the primary treatment, Cuttler said there is growing evidence that many people with PTSD are self-medicating with cannabis.

“A lot of people with PTSD do seem to turn to cannabis, but the literature on its efficacy for managing symptoms is a little sparse,” Cuttler said.

This study provides some insight into the effectiveness of cannabis on PTSD symptoms, but as the authors note, it is limited by reliance on a self-selected sample of people who self-identify as having PTSD. Also, it is not possible to compare the symptom reductions experienced by cannabis users to a control group using a placebo.

While some placebo-controlled clinical trials have been done with nabilone, a synthetic form of THC, few have examined the effects of the whole cannabis plant on PTSD.

In this study, Cuttler and her colleagues looked at a variety of variables but found no difference in the effect of cannabis with differing levels of tetrahydrocannabinol (THC) and cannabidiol (CBD), two of the most studied constituents of cannabis. The results imply that it is some combination of THC, CBD and perhaps some of the many other parts of the cannabis plant that create the therapeutic effect. Cannabis has many molecules that can create a biological effect, including up to 120 cannabinoids, 250 terpenes and around 50 flavonoids.

“We need more studies that look at whole plant cannabis because this is what people are using much more than the synthetic cannabinoids,” said Cuttler. “It is difficult to do good placebo-controlled trials with whole plant cannabis, but they’re still really needed.”