The highs and lows of nicotine addiction, plus a natural escape plan 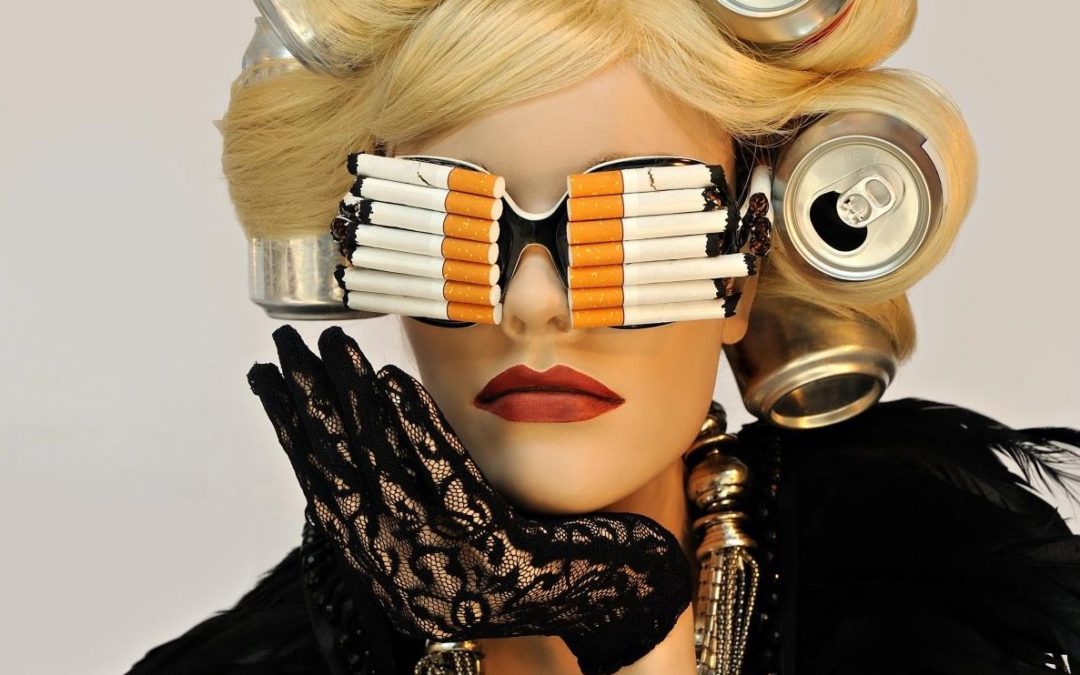 Nicotine is a short term stimulant, so there’s an immediate “reward” for using nicotine, and that’s called dopamine surge. In the 1960s, the most popular and successful brands of cigarettes were manufactured by mixing ammonia with the tobacco to “free-base” the nicotine, turning it into a vapor-ready form. This greatly increased their market share, so drastically, they nearly ran all the other cancer stick makers out of business in just a few years.

Prior to the use of ammonia, nicotine came into the lungs on tobacco particles, so it absorbed into the bloodstream slowly through tissue, and then finally started to “kick in” after a few minutes. Conversely, using the free-base method, the nicotine enters the lungs as a vapor and thus gets processed immediately, reaching the heart and brain within three seconds. That quick “nic fix” secret formula made Big Tobacco kings a fortune, like Marlboro, while strengthening the nicotine addiction ten times over. They got busted in court in Minnesota in 1998 when an insider blew the whistle on ammonia use. Check it for yourself.

That’s why stopping smoking is such an absolute nightmare now, but was pretty easy to quit cold turkey before the 60s. Quitting smoking is nearly as hard as quitting heroin use. That’s why this planet still has 1 billion smokers.

#1. You feel that rush of confidence, excitability, nervousness disappears. Nicotine is a little bit like cocaine, and that’s why smokers snap out of their funk so fast upon their first hit of a cigarette. It saves them from the cigarette hangover they’ve got from all the chemicals from the last one, including pesticide, formaldehyde and weed killer. Did your conversation just get more interesting? That’s the nicotine fix talking.

#2. Someone who smokes or vapes and hasn’t had a hit in a long time almost feels stoned when they get that fix on.

#3. If they have bronchial constriction, smoking temporarily opens those airways, but all those chemicals paired up with their bronchial dialator ends up turning them into pulminary cripples. They suffer even worse cases of bronchitis and emphysemia over time, and it literally ends up destroying lung tissue.

#4. It’s a ritual that helps them escape a negative mood.

#1. Children and teens can overdose on nicotine because they are at a greater risk, especially because they think vaping is cool and take big hits the first time.

#2. Nicotine is a long-term depressant and constricts blood vessels throughout the body, diminishing the supply chain of oxygen and nutrients.

#3. The human body’s dopamine production begins to rely on the drug nicotine more and more, so users barely get excited about anything anymore without that immediate fix.

#4. Most “quit methods” are scams invented by Big Tobacco themselves to trick people into thinking they failed when it was actually the fake quit method that failed them. (Think patch, gum and prescription meds here.)

Straight from the research: “Dopamine is the feel good chemical our body creates naturally for reward and motivation. In a clinical study at Baylor Medical College in Texas, researchers discovered low dopamine levels are the main reason smokers relapse when trying to quit – because dopamine is released when smoking due to the drug nicotine. Over time, the addiction hijacks your motivation system.”

The best way to solve the relapse, according to these avid researchers, is to simply boost dopamine levels. Well, that’s when we decided to investigate further into the science of mucuna pruriens for this smoker’s dilemma. They call it nicotine’s kryptonite.

In a peer-reviewed, double-blind, clinical and pharmacological study published in the British Medical Journal, doctors and scientists used mucuna to help people with notoriously low dopamine levels raise them naturally, including Parkinson’s patients. Smokers are just like Parkinson’s patients, in that all long-term nicotine users suffer from low dopamine production.

Why mucuna? Mucuna boosts memory, focus, and it catapults your natural feel good hormone production safely, without nicotine. That’s why, if you’re trying to quit, cut back, or just need a break from those nagging nicotine cravings, you might try a new ground-breaking supplement beverage invention called Krave Kicker that comes in a 2.5 ounce liquid “shot.” It’s natural and contains high quality mucuna pruriens which is proven by science to work. Tune your internet dial to StopSmoking.news and find out about more ways natural remedies help for staying clean from nicotine.

Learn more about the power of mucuna pruriens in this 10 minute video: