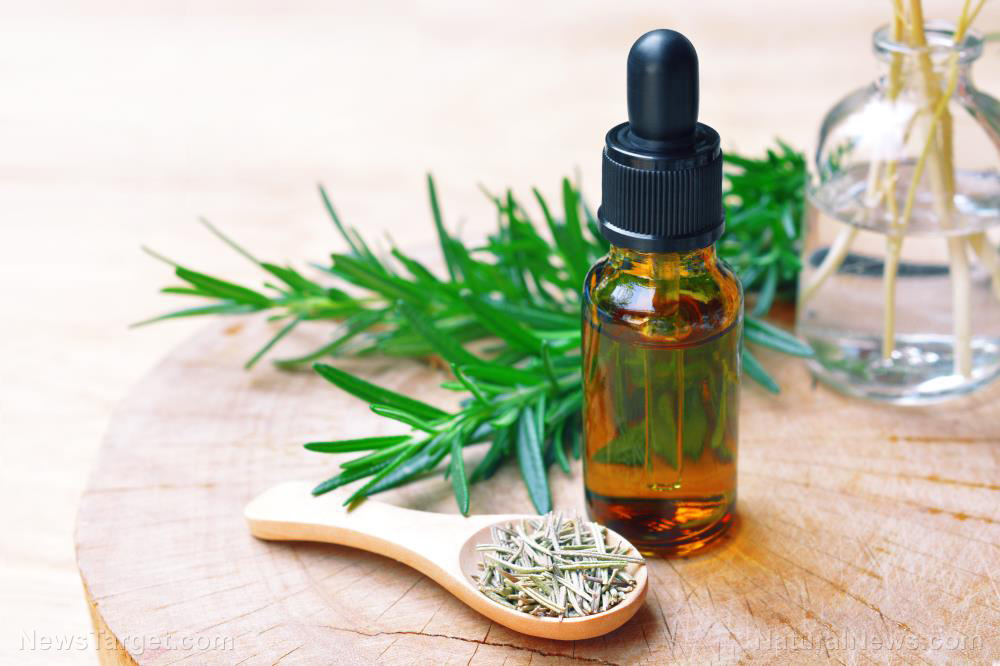 Fresh or dried, the fragrant rosemary is an essential part of traditional Mediterranean cuisine. But that’s not all. This bitter-tasting herb has also been hailed since ancient times for its medicinal properties and reported effects on brain performance.

In their groundbreaking research, a team of researchers from Northumbria University in England demonstrated that the aroma of rosemary essential oil can enhance mental performance in children.

Their findings had been presented as part of the British Psychological Society‘s (BPS) annual conference in the UK.

The health benefits of essential oils

The use of aromas can be traced back to ancient civilizations. In ancient Greece, for example, the extracts of aromatic plants had often been used for both cosmetic and medicinal purposes.

Not much has changed since then. Fragrant essential oils continue to be used in, and are part and parcel of, aromatherapeutic practices. In these scenarios, essential oils are used for their soothing effects on the brain. Oils are also used to enhance mood and ease sore muscles.

In addition, multiple studies attest to the antimicrobial effects of some oils. Dermatologists, for instance, use the essential oils of rosemary (Rosmarinus officinalis) to treat acne and bacterial skin infections.

But it remains unclear if there are other substantial benefits to these aromatic oils outside of their therapeutic effects and dermatological uses. (Related: Essential oils that halt headaches.)

In 2012, Mark Moss and Lorraine Oliver from Northumbria University were the first to demonstrate that a certain compound in rosemary oil is behind the herb’s reported brain-boosting effects. Moss is also part of the team behind the paper presented at the BPS conference.

Published in Therapeutic Advances in Psychopharmacology, their findings affirmed that higher concentrations of the aromatic compound (terpene) called 1,8-cineole in the bloodstream are related to better mental performance.

To understand the effects of rosemary oil on brain function, Moss and Oliver conducted a single-blind experiment on a cohort of 20 adult subjects.

The participants had been exposed to rosemary oil at different concentrations for four, six, eight or 10 minutes prior to completing cognitive tests. Each participant had been assigned a specific concentration at random in their designated cubicle. Moss and Oliver then collected their blood samples upon completion of the tests.

Upon examining the samples, Moss and Oliver found traces of 1,8-cineole. Samples that had higher amounts of 1,8-cineole corresponded to participants that performed better in the tests, leading the researchers to conclude that rosemary aroma had a significant effect on cognition.

In their paper presented at the BPS conference, Moss and his co-authors found that children exposed to the aroma of rosemary oil scored higher in memory tests than those in the control group.

To determine if rosemary essential oil has similar effects on cognition in children, Moss and his team gathered 40 participants aged 10 to 11 for a class-based test on different mental tasks.

The team assigned each participant at random to either a scented room or a non-scented room. To prepare the scented room, the team diffused rosemary oil in the room for 10 minutes.

Inside either room, a researcher tested a participant’s cognitive skills based on different mental tasks.

In children, working memory is crucial for learning and performing basic tasks. It is the part of short-term memory that is most engaged in processing and holding information for a limited period of time.

For this reason, Moss and his team sought to understand if the rosemary’s brain-boosting effects can also be of use to school-age children in classroom settings. Moss added that poor working memory is often related to poor academic performance.

Based on their findings, the researchers thus concluded that rosemary essential oil can be a simple and affordable intervention for the improvement of children’s academic performance.

Read more articles about the medicinal benefits of herbs at PlantMedicine.news.