Don’t Defund The Police; Fund And Defend Them 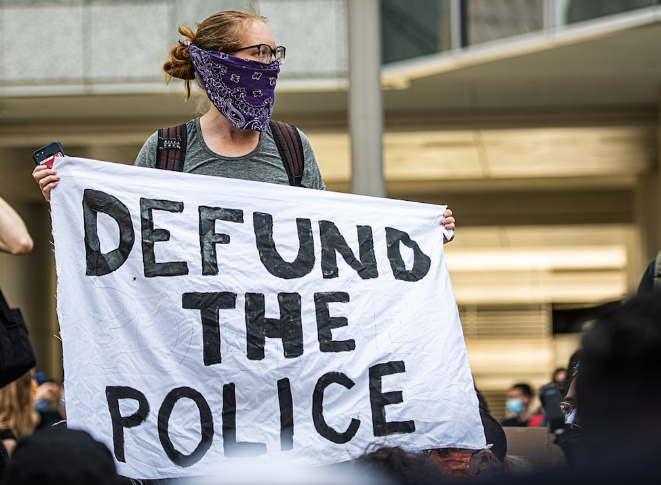 Despite the media’s constant attention to the “defund the police” campaign, the movement remains extremely unpopular. A recent Politico/Morning Consult poll, conducted after weeks of protests, showed solid support for certain policing reforms, but voters overwhelmingly rejected the idea of defunding the police by a nearly 2-to-1 margin. It is notable that Rep. Karen Bass, D-Calif., the powerful chair of the Congressional Black Caucus, has called the “defund the police” campaign “one of the worst slogans ever.”

Very little attention, however, has been paid to law enforcement leaders who are burning the candle at both ends, balancing their gut-wrenching public safety duties with efforts to ensure public health in the wake of COVID-19. When jails and prisons were discovered to be the most significant hot spots for the spread of the Wuhan coronavirus, endangering the lives of people who live and work in those facilities, as well as their entire surrounding communities, law enforcement leaders on the front lines acted to save lives.

While some states recklessly released prisoners who posed significant public safety risks, Kentucky did not. Kentucky Supreme Court Chief Justice John Minton recently testified before a state legislative committee that recidivism rates, or the incidents of individuals recommitting crime, were extremely low among those released in the state.

In Kentucky alone, police officers, prosecutors, correctional officials, judges, and public defenders worked together to safely reduce the number of people in jails and prisons. Low-level, non-violent offenders deemed not a threat to public safety were diverted from incarceration to alternative options such as treatment, and police officers issued citations in lieu of arresting people for petty crimes. This swift, responsible approach to public safety during a global pandemic resulted in lives saved.

Thankfully, this seems to be the majority approach taken across the country. In April, the Arkansas Board of Corrections voted to make more than 1,200 inmates immediately eligible for parole after a directive by Gov. Asa Hutchinson, and Arkansas’ prison system is now below capacity for the first time since 2007. That same month in Oklahoma, Gov. Kevin Stitt signed 452 commutations recommended by the state’s Pardon and Parole Board to help reduce incarceration due to the COVID-19 pandemic. Local jurisdictions in Ohio acted swiftly when Gov. Mike DeWine stood with Ohio Supreme Court Chief Justice Maureen O’Connor and urged judges to reduce bonds and lower jail populations.

Those on the front lines of our justice system prioritized saving people’s lives, like good policing does every day. Law enforcement isn’t asking for our praise or accolades, but they do need our continued support — specifically in the form of emergency resources to enforce the law and ensure COVID-19 does not permeate and overwhelm our criminal justice system, causing more deaths of prisoners, officers, and people in their communities.

According to members of a task force of judges, law enforcement officers, prosecutors, lawmakers, and public defenders recently assembled to address COVID-19 challenges, federal emergency funds would be used to maintain staff, expand technology to pivot justice system processes to virtual platforms, and revive treatment options for addiction and mental health issues that have been limited or shuttered altogether due to coronavirus complications.

Congress will soon begin negotiations on another emergency relief package. This time it is likely to address liability protections for employers looking to get people back to work, resources for testing and contact tracing, and emergency funds for state and local government, including law enforcement and justice system first responders essential to ensuring public health and safety.

Any state and local government support ought to focus on the most essential function of government, the protection of public safety. Congress could use this opportunity to lift up our law enforcement officials in jurisdictions that are finding common-sense solutions, prioritizing funding for jurisdictions that acted quickly and responsibly. This would be a proper “thank you” to law enforcement leaders exercising both courage and compassion, like those in my home Commonwealth of Kentucky, and would encourage other jurisdictions to follow in their footsteps.

“Defund the police” might get clicks and bump ratings, but it is terrible policy. Congress ought to follow the lead of the American people and reject the radical and dangerous defund the police movement. Instead, lawmakers ought to use the power of the purse to incentivize best practices and continue the good work we have seen in the states.

Josh Crawford is a former prosecutor and Executive Director of the Pegasus Institute, a Kentucky-based think tank focused on data-driven public policy solutions.