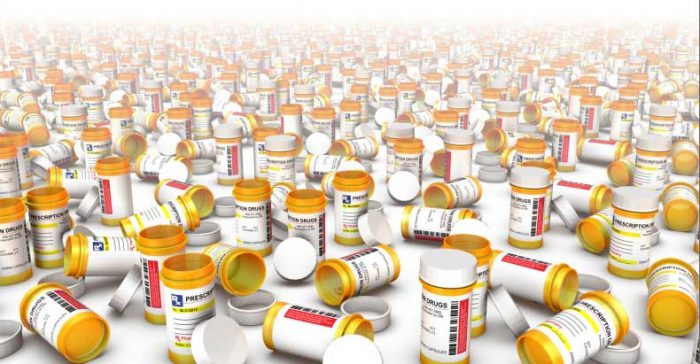 Over the last 20 years, the U.S. opioid crisis has claimed tens of thousands of lives. In fact, as Visual Capitalist’s Iman Ghosh details below, opioid overdose deaths accounted for nearly 70% of all drug overdose deaths in 2018.

Although the damage of the opioid epidemic is well documented, what people might not know is that it has escalated in three distinct waves.

We pull the latest statistics from the UN World Drug Report 2020 to uncover the scope of the opioid crisis in the U.S., and how national drug-related death rates compare to other countries.

Three Waves of the Opioid Crisis

According to the CDC, the opioid epidemic can be traced back to the 1990s, when opioids started being over-prescribed for pain relief purposes.

Here’s how that breaks down in terms of opioid-related overdose deaths over the years. Note that by the year 2018, 67% of overdose deaths involved synthetic opioids such as fentanyl.

Overdose deaths from synthetic opioids such as fentanyl and tramadol shot up by over 4,000% between 1999-2018. This can be attributed to two things: their relative potency, and the minute quantities of each that qualify as a lethal dose.

As per the medical and legal standard, opioids are often compared to morphine. To that end, heroin is 2-5x stronger—while fentanyl is 50-100x more potent. Put another way, roughly a dime-size or 10-12mg of heroin is considered a lethal dose, compared to only 1-2mg of fentanyl.

What’s worse, fentanyl is typically mixed with other types of drugs such as heroin or cocaine to increase their effects, which is how it ends up unintentionally ingested. Between 2008-2017, drug-use disorders as a whole claimed the most healthy lives due to poor health or early deaths—measured in disability-adjusted life years (DALYs)—followed in close second by opioid use disorders.

It’s undeniable that the opioid epidemic in America has caused significant harm to communities. But how does the U.S. drug crisis compare to the same issue in other countries?

The UN Drug Report further puts these numbers into perspective by comparing drug-related deaths per million population. Note that the source also compiled the total deaths across years for selected countries.

Elephant in the Room?

Another drug rearing its head on the streets is carfentanil. Formerly developed as ‘elephant tranquilizer’, this synthetic opioid is similar in appearance to other illicit drugs such as heroin, making it indistinguishable when mixed in. However, there’s one big problem—carfentanil is 100x more potent than fentanyl itself.

In response to the continued crisis, an additional $35.7 billion was requested for counter-drug funding efforts in the FY2021 Budget. This amount is expected to go towards prevention and treatment efforts ($18.6 billion) and law enforcement efforts ($17.1 billion) both domestically and internationally.

But will these efforts properly combat the crisis, or are we already in the midst of a fourth wave of the opioid epidemic?