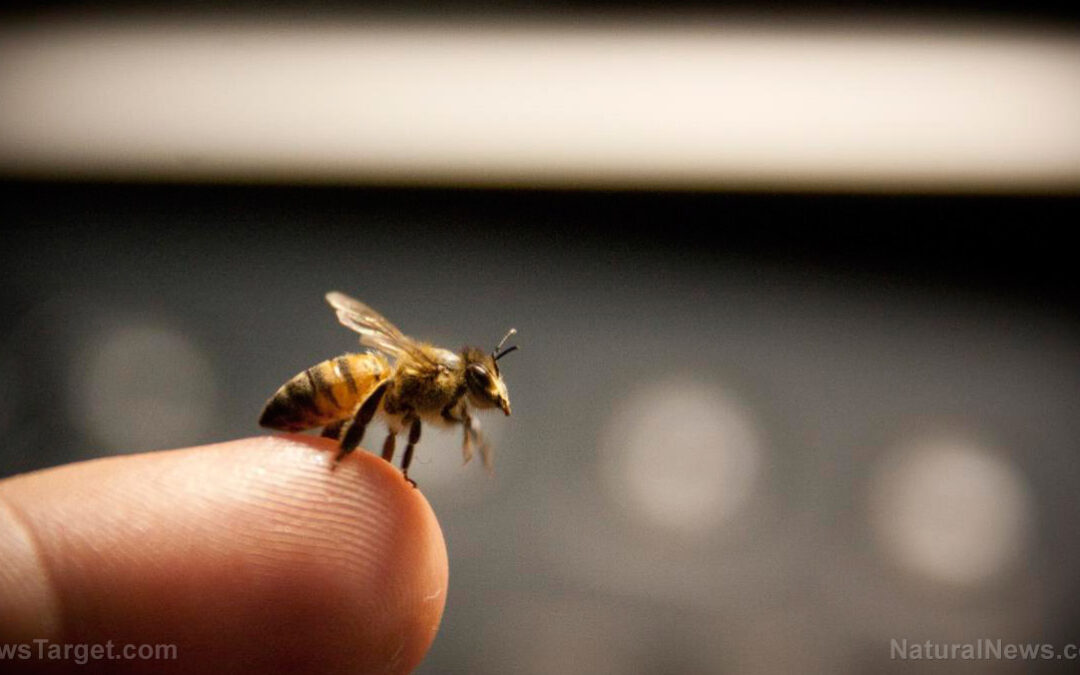 Honey bees (Apis mellifera) are known for producing honey, one of the most useful edible natural products in the world. Honey bees also play a crucial role in maintaining the health of natural ecosystems, as they serve as pollinators that help plants reproduce. In fact, honey bees pollinate more than 100 different crops that humans and other animals use for food. This is equivalent to over 90 percent of the leading crops cultivated worldwide.

But honey bees, it turns out, can serve other functions besides producing honey, sustaining ecosystems and ensuring the growth of healthy crops. In a new study published in npj Precision Oncology, Australian and American researchers reported that honey bees are also a great source of anti-cancer agents.

Honey bee venom is a colorless acidic liquid honey bees excrete through their stingers when they are threatened. It contains numerous compounds with different biological activities. The researchers found that honey bee venom and its major component, melittin, can effectively kill cancer cells, even those that belong to one of the most aggressive types of cancer.

Honey bee venom: a venom that could save lives

Apitherapy is the ancient medicinal practice of using bee products, namely, honey, pollen, propolis, royal jelly and bee venom, for disease prevention and treatment purposes. Its roots can be traced back to the time of the Ancient Egyptians. Apitherapy is also a feature of Traditional Chinese Medicine. Ancient records describe honey as a remedy for various ailments, including cough, stomach pains, dry throat, dry skin and constipation.

Today, apitherapy is a popular complementary and alternative medicine (CAM). In particular, bee venom therapy is recognized for its potential in alleviating the symptoms of painful inflammatory conditions, such as rheumatoid arthritis. Other modern uses for apitherapy include treating multiple sclerosis and infections, and as a natural remedy for burns, wounds and tendonitis. (Related: Dermal injection of purified honey bee venom found to reduce knee osteoarthritis pain.)

According to earlier studies, bee venom is rich in both anti-inflammatory and pro-inflammatory compounds, as well as peptides with pain-relieving properties. Bee venom also contains an abundance of active enzymes, sugars, minerals and amino acids, some of which have been linked to immunoprotective effects.

Melittin, a small protein made up of 26 amino acids, comprises about 50 percent of the dry weight of bee venom and is considered one of its major components. Previous studies have linked the antimicrobial and anti-cancer effects of bee venom to melittin, although the mechanisms behind these activities are poorly understood.

The researchers also reported that melittin exerted its anti-cancer effects using two mechanisms. First, it suppressed the activation of signaling pathways involved in cancer cell growth and proliferation. Secondly, it induced cell death by poking holes in the plasma membranes of cancer cells. The researchers observed this effect within an hour of exposure to melittin.

Despite the toxic effects of honey bee venom and melittin on breast cancer cells, neither caused any damage to healthy cells. The researchers said that both are promising anti-cancer agents that can be used in combination with chemotherapy. Melittin showed that it could enhance the effect of docetaxel, a chemotherapeutic drug used to suppress the growth of breast tumors, in mice.

“Honeybee venom is available globally and offers cost-effective and easily accessible treatment options in remote or less-developed regions. Further research will be required to assess whether the venom of some genotypes of bees has more potent or specific anticancer activities, which could then be exploited.”

“Overall, our results could be leveraged to aid the development of new therapeutic modalities for many cancer types associated with frequent drug resistance and poor prognosis,” the researchers concluded in their report.

For more on the latest cancer research, visit Cancer.news.