Type 2 Diabetes: Short-Term Low-Carb Diet Linked To Remission — But Only If Weight Is Lost 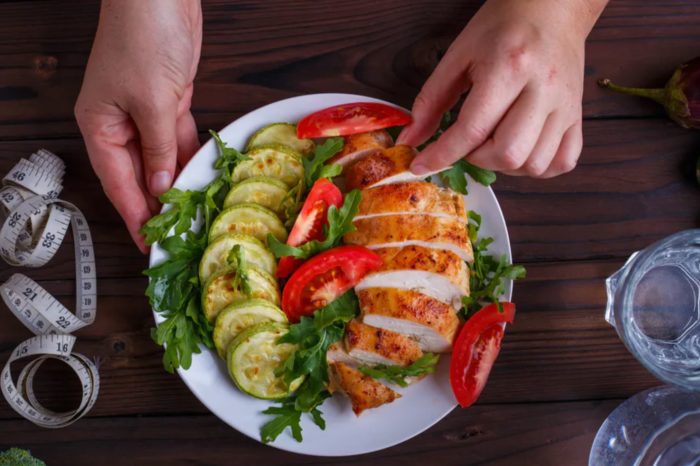 Whether restricting carbohydrate intake is an effective way to manage type 2 diabetes is a topic of some controversy in nutrition – largely because trial results have so far been pretty inconclusive. While multiple meta-analyses have reviewed the current body of research and found low-carbohydrate diets are able to lower blood glucose in the short-term, such diets don’t appear to be any better than higher carbohydrate diets in managing blood sugar levels in the long term.

Now, a new meta-analysis (which combines the results of multiple scientific studies on a given topic) has looked at the use of low-carbohydrate diets in achieving type 2 diabetes remission. Remission means a person who has previously been diagnosed with type 2 diabetes now has blood glucose in the non-diabetic range.

In general, their findings mirror what other meta-analyses have found, showing that low-carbohydrate diets are somewhat better than other diets at achieving remission when followed for a period of six months. However, these benefits largely disappeared at 12 months. They also found that whether a person achieved remission depended largely on whether they lost weight while following a low-carb diet.

The researchers looked at 23 studies, which included 1,327 people with type 2 diabetes altogether. The type of low-carbohydrate diet participants followed varied between studies. Some were very low-calorie weight loss diets, while others didn’t restrict calories at all. The amount of carbohydrates participants could eat ranged depending on the study, from 20g to 130g per day.

It’s also worth noting there’s currently no agreed definition of remission. So in this meta-analysis, the researchers considered remission to have been achieved if a person’s blood glucose level was under the threshold used to diagnose type 2 diabetes. This was regardless of whether a person was still taking medications that lower glucose.

But this remission was likely because the low-carb diets were also lower in calories, resulting in greater weight loss. For example, one study had the low-carb group eat only 800 calories per day, while the control group was only given dietary advice without ongoing support. In both cases, the low-carb group lost a greater amount of weight, making the relative chance of achieving remission from a low-carbohydrate diet in these two studies appear very high.

The authors acknowledge weight is the primary driver of remission in the studies they looked at. While low-carbohydrate groups lost more weight on average compared to the control groups (around 7.4kg), this weight difference disappeared by 12 months, with remission following a similar pattern.

Another issue in knowing whether low-carbohydrate diets are useful in treating diabetes is that in many studies, the amount of carbs people consumed on a low-carb diet varied. This could impact whether some low-carb diets worked better than others. Similarly, none of the studies controlled protein intake. Protein promotes insulin secretion from the pancreas and can lower blood glucose independent of weight loss. Many of the low-carb diets doubled the calories from protein, which could also have impacted chance of remission.

None of the studies in the meta-analysis controlled for medication use or changes in medication. This makes it difficult to really see whether a low-carb diet would have reduced blood sugar levels if medications to manage blood sugar weren’t being taken. Indeed, studies that have measured the use of glucose-lowering medications while following a diet have shown that people reduce their medication use more with low-carbohydrate diets compared to high-carb ones.

This meta-analysis highlights the importance of weight loss in improving blood sugar levels – and potentially achieving remission from type 2 diabetes. However, low-carbohydrate diets do seem to be very useful at achieving greater weight loss in the short term.