Warning: Chemo may be linked to cancer relapses in patients with leukemia 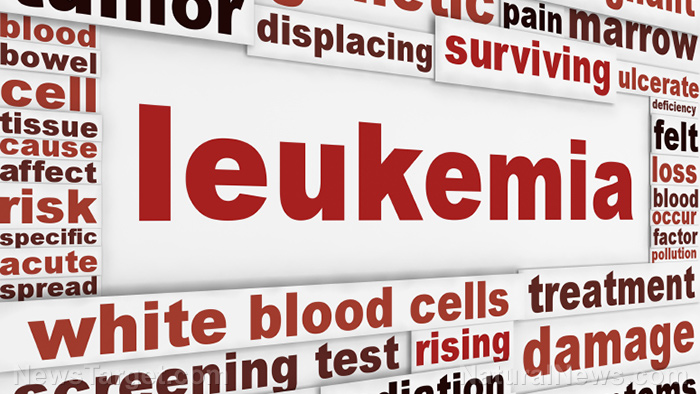 It’s incredibly devastating to experience a relapse after cancer goes into remission, but for patients with acute lymphoblastic leukemia (ALL), the possibility is all too real. In fact, as many as 1 in 5 kids who undergo chemotherapy for the disease will relapse, even if they were in complete remission, and now it appears that the very chemotherapy that could be helping them initially is actually making the situation worse.

ALL is responsible for one fifth of all cancers in people younger than 20, making it the most common type of childhood cancer. It develops when an individual’s bone marrow produces too many white blood cells, or lymphocytes. Unfortunately, it’s a disease that progresses rather quickly, and once the new, immature lymphocytes, or lymphoblasts, start outnumbering more mature white blood cells, fighting off infections can become very difficult for patients.

Nevertheless, the outcomes of those with ALL are generally considered favorable – but up to a fifth will relapse, and it can be fatal in those cases. According to a study published in the journal Blood, chemotherapy could be the culprit.

The researchers in the study carried out genome sequencing in 103 patients who had a history of cancer relapse. They discovered that around 20 percent of them had mutational “signatures” that were consistent with chemotherapy drug resistance.

This finding prompted the researchers to suggest that patients are given more individualized approaches to managing their cancer. This is especially important when you consider the fact that most people who die of the disease have a relapse first.

And while this study alone is certainly enough to convince ALL patients that fewer toxic therapies should be used wherever possible, there are several other very compelling reasons that chemotherapy is dangerous.

For example, many people are already familiar with the nausea that chemotherapy can cause, but it can also lead to brain damage, memory loss, gastrointestinal distress, breathing problems, neuropathy and a higher risk of infections.

Meanwhile, a different study found that patients who underwent anti-neoplastic treatment for the disease have a high risk of developing early heart disease. This treatment is used in maintenance therapy after chemotherapy once remission has been confirmed and is aimed at preventing tumors from growing. In addition to raising patients’ risk of prematurely developing atherosclerosis, it has many of the same side effects as chemotherapy.

Some alternatives to chemo can be effective

For some ALL patients, other treatment possibilities beyond chemotherapy include stem cell or bone marrow transplants. Research is also pointing to fasting as a potential treatment.

A study carried out by researchers from the UT Southwestern Medical Center found that intermittent fasting may inhibit the development and progression of ALL in children. Although it was effective in two subtypes of ALL, B-cell ALL and T-cell ALL, it did not help patients with a similar leukemia that is more common in adults, acute myeloid leukemia.

For the study, the researchers used a regimen of six cycles involving one day of fasting followed by a day of feeding. At the end of seven weeks, fasted mice had virtually no detectable cancer cells, while cancerous cells accounted for 68 percent of the cells in the mice in the non-fasted group. In addition, the mice who ate normally all died within 59 days, while 75 percent of those who fasted survived for longer than 120 days without any signs of leukemia.

Although chemotherapy may initially help some people with ALL, it is important for patients and their families to research the effects it can have under their specific circumstances and try safer alternatives first wherever possible. There’s a lot of money in chemotherapy, but approaches like fasting aren’t profitable so you won’t hear as much about it, which is why performing due diligence is so important when your life is on the line.

Originally posted: Warning: Chemo may be linked to cancer relapses in patients with leukemia