What are some of the health benefits of quassia wood? 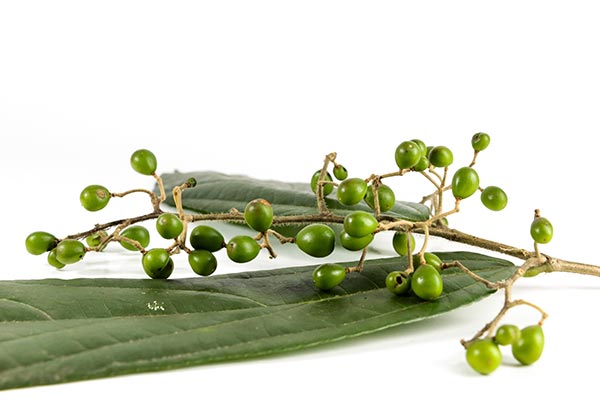 Picrasma javanica, also known as quassia wood, is a medium-sized tree that belongs to the quassia (Simaroubaceae) family of flowering plants. It is widely distributed in Myanmar and in other parts of tropical southeastern Asia. Although known by different local names, the medicinal uses of quassia wood are the same in many countries. For instance, it is traditionally used as an antidote by folk healers and as a remedy for dyspepsia (indigestion) and fever. The leaves of quassia wood are also used to treat festering sores. Because of its many known medicinal uses, the phytochemical content of quassia wood is of particular interest to researchers.

In a recent study, a team of researchers from Japan and Myanmar analyzed the active components of quassia wood and their biological properties. After characterizing the newly isolated compounds, they tested them against various cancer cell lines, as well as different strains of Gram-positive and Gram-negative bacteria. They reported the results of these assays in an article published in the Journal of Natural Medicines.

The anti-cancer and antibacterial properties of quassia wood

In their previous study, the researchers reported isolating quassinoids from the bark of quassia wood collected in Myanmar. Quassinoids are a group of heavily oxygenated lactones often described as the bitter compounds present in plants from the quassia family. Besides having anti-proliferative properties against different types of tumors, quassinoids have also shown anti-inflammatory, anti-viral and antimalarial activities both in vitro and in vivo.

To continue their investigation on the bioactive compounds present in medicinal plants in Myanmar, the researchers decided to analyze the chloroform-soluble portion of the methanol extract of quassia wood. Doing so allowed them to isolate seven previously reported compounds plus two new quassinoids, namely, (16R)-methoxyjavanicin B and (16S)-methoxyjavanicin B, whose structures were elucidated via spectroscopy.

The researchers then conducted cytotoxicity assays using human lung (A549), breast (MCF7) and cervical (HeLa) cancer cells and found that one of the seven isolated compounds has moderate activity against all cancer cells. The half maximal inhibitory concentration (IC50) values of the compound ranged from 48.6 to 65.9 microMolar.

The researchers also conducted antibacterial assays using all nine of the isolated compounds from quassia wood. The two new quassinoids showed the highest antibacterial activities against the Gram-positive bacterium, Bacillus subtilis, with minimum inhibitory concentrations (MIC) of 1.6 microMolar each.

Based on these findings, the researchers concluded that quassia wood is an excellent source of natural anti-cancer and antibacterial agents.

Quassia wood is also a potent natural medicine against malaria

In Thailand, quassia wood is well-known as a traditional medicine for malaria. To investigate its antimalarial activity, Thai researchers decided to screen the chloroform extract derived from the bark of quassia wood. They were able to isolate and purify three bioactive alkaloid compounds, two of which were identified as the major quassia bark alkaloid, 4?methoxy?1?vinyl?B?carboline, and a novel alkaloid, 6?hydroxy?4?methoxy?1?vinyl?B?carboline. The researchers were unable to identify the third alkaloid due to poor yield.

The researchers then tested the two compounds in vitro and found that both exhibit antimalarial activities against multi-drug resistant Thai isolates of Plasmodium falciparum. P. falciparum is known as the most deadly of all human malarial parasites, causing liver and kidney failure in patients with severe infections. Based on these findings, the researchers concluded that quassia wood is a potent natural medicine that can be used to treat malaria.

Traditional healers have used medicinal plants like quassia wood for centuries to treat a wide variety of ailments. They are abundant therapeutic agents that can be developed into potent medicines even for serious diseases like cancer and malaria. For more articles about these medicinal plants and their untapped potential, visit PlantMedicine.news.

Originally posted: What are some of the health benefits of quassia wood? (cancer.news)