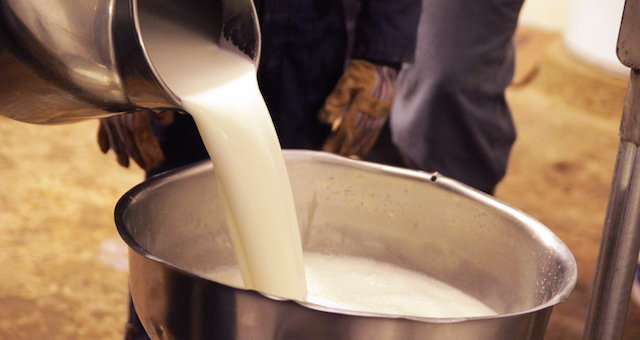 Last week, the Vermont House passed a bill that would expand raw milk sales through community-supported agricultural organizations (CSA’s) and farm stands. Passage into law would take an additional step toward rejecting a federal prohibition scheme in practice and effect.

Rep. Heather Suprenant (D) and a coalition of Democrats, introduced House Bill 218 (H218), on Feb. 9. The legislation would expand current raw milk sales by amending the law to allow for sale by farm stands and community-supported agricultural organizations (CSA’s), as long as the raw milk is sold within 30 miles of the place of production. The manager of a farm stand or CSA would be required to keep a list of customers and transactions for one year.

This would build on the expansion of raw milk sales passed in 2019.

The Committee on Agriculture and Forestry approved the bill on Mar 17, and the full House passed it on Friday.

FDA officials insist that unpasteurized milk poses a health risk because of its susceptibility to contamination from cow manure, a source of E. coli.

“It is the FDA’s position that raw milk should never be consumed,” agency spokeswoman Tamara N. Ward said in November 2011.

The FDA’s position represents more than a matter of opinion. In 1987, the feds implemented 21 CFR 1240.61(a), providing that, “no person shall cause to be delivered into interstate commerce or shall sell, otherwise distribute, or hold for sale or other distribution after shipment in interstate commerce any milk or milk product in final package form for direct human consumption unless the product has been pasteurized.”

Not only do the feds ban the transportation of raw milk a cross state lines; they also claim the authority to ban unpasteurized milk within the borders of a state.

“It is within HHS’s authority…to institute an intrastate ban [on unpasteurized milk] as well,” FDA officials wrote in response to a Farm-to-Consumer Legal Defense Fund lawsuit against the agency over the interstate ban.

The FDA clearly wants complete prohibition of raw milk and some insiders say it’s only a matter of time before the feds try to institute an absolute ban. Armed raids by FDA agents on companies like Rawsome Foods back in 2011 and Amish farms over the last few years also indicate this scenario may not be too far off.

When states allow the sale of raw milk within their borders, it takes an important step toward nullifying this federal prohibition scheme.

As we’ve seen with marijuana and industrial hemp, an intrastate ban becomes ineffective when states ignore it and pass laws encouraging the prohibited activity anyway. The federal government lacks the enforcement power necessary to maintain its ban, and people will willingly take on the small risk of federal sanctions if they know the state will not interfere. This increases when the state actively encourages the market and nullifies federal prohibition in effect.

We’ve seen this demonstrated dramatically in states that have legalized industrial hemp. When they authorized production, farmers began growing industrial hemp, even in the face of a federal ban. Despite facing the possibility of federal prosecution, some growers were still willing to step into the void and begin cultivating the plant once the state removed its barriers.

In the same way, removing state barriers to raw milk consumption, sale and production would undoubtedly spur the creation of new markets for unpasteurized dairy products, no matter what the feds claim the power to do.

It could ultimately nullify the interstate ban as well. If all 50 states allow raw milk, markets within the states could easily grow to the point that local sales would render the federal ban on interstate commerce pointless. And history indicates the feds do not have the resources to stop people from transporting raw milk across state lines – especially if multiple states start legalizing it. Growing markets will quickly overwhelm any federal enforcement attempts.

H218 will now move to the Senate, where it will first need to pass out of committee in order to continue on in the legislative process.