Antibiotic Resistance: How Cannabis Can Help 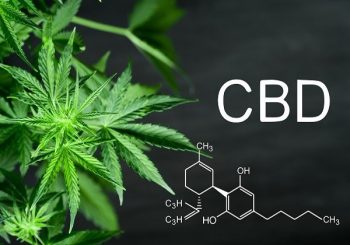 By Nikki Harper  I write this, the world is deep in a global crisis surrounding covid-19. Because this is an infection caused by a virus, not a bacteria, it cannot be treated by antibiotics. Nonetheless, once the world emerges from this epidemic, antibiotic resistance will continue to be the major problem it already is. In fact, antibiotic resistance is already estimated to kill 700,000 people a year, expected to rise to 10 million a year by 2050 if we don’t act [1].

What Is Antibiotic Resistance?

Antibiotic resistance describes an increasingly common scenario where harmful bacteria becomes resistant to the antibiotics we have developed to combat it. Research into the mechanics of this is ongoing, but it is thought that the over-prescription and misuse of antibiotics in recent decades has been a major factor [2]. Another factor is the unnecessary, routine dosing of farm animals with antibiotics in intensive farming practices; although this has been banned in the EU since 2006, it was not regulated in the US until 2017 [3] and is still widespread in some parts of the world. A lack of hygiene in hospitals can also be a contributory factor [4].

The Good News: Cannabis Can Help

Recent research into antibiotic resistance has focused on the use of so-called ‘helper compounds’ – these are non-antibiotic compounds which, when used alongside antibiotics, can improve the efficacy of the drugs.

A new study from University of Southern Denmark, just published in the journal Scientific Reports, demonstrates that cannabidiol (CBD) from the cannabis plant is effective as a helper compound.

The study measured the impact of using cannabidiol alongside an antibiotic to combat Staphylococcus aureus bacteria, which is a common human pathogen. This bacteria is already known to have developed some resistance and, in some countries, it is difficult to treat.

The results showed that when treated with a combination of the antibiotic bacitracin and cannabidiol, the Staphylococcus aureus bacteria could no longer divide in order to multiply. Additionally, the bacteria’s cell membrane was destabilized and key gene expressions within the bacteria cells were lowered [5].

The potential of cannabidiol as an antibacterial agent was first noted way back in 1976 [6] but the link was not seriously pursued until recently. The authors of this new report stress that the exact mechanism by which cannabidiol performs its ‘helper compound’ role is unclear, and so further research will focus on cell division and cell envelopes to identify the mechanism of action.

Nevertheless, this is potentially very good news, and could mark yet another turning point in science’s long journey towards understanding the enormous health benefits of the cannabis plant. Nikki Harper is a spiritualist writer, astrologer, and editor for Wake Up World. She writes about divination, astrology, mediumship and spirituality at Questionology: Astrology and Divination For the Modern World where you can also find out more about her work as a freelance astrologer and her mind-body-spirit writing and editing services. Nikki also runs a spiritualist centre in North Lincs, UK, hosting weekly mediumship demonstrations and a wide range of spiritual development courses and workshops.