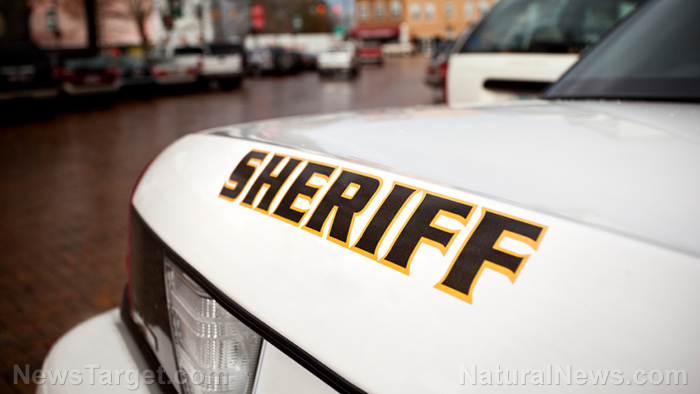 In an act of defiance against the Wuhan coronavirus (COVID-19) vaccine mandates, the sheriff of Los Angeles County has announced that his department’s employees will not be forced to get the experimental and deadly vaccines.

Sheriff Alex Villanueva of the Los Angeles County Sheriff’s Department (LASD) has made the announcement on the eve of an order from the Los Angeles County Board of Supervisors that all of the county’s employees – including members of the LASD – must get vaccinated against COVID-19 going into effect. This mandate was issued through an executive order back in August.

Villanueva’s statement also comes just one day after the Los Angeles City Council approved one of the nation’s most tyrannical vaccine mandates. This measure requires anyone entering bars, restaurants, nail salons, gyms and sporting events to be vaccinated. This order does not apply to pharmacies and grocery stores and it goes into effect on Nov. 4.

“I’m not forcing anyone,” said Villanueva on Oct. 7 during his weekly public online Q&A. “The issue has become so politicized. There are entire groups of employees that are willing to be fired and laid off for having to get vaccinated. So, I don’t want to be in a position to lose five percent, 10 percent of my workforce overnight on a vaccine mandate.” (Related: Potentially millions of first responders, police, teachers, healthcare workers will soon be out of a job over COVID vaccine mandates.)

This is not the first time that Villanueva has refused to enforce unconstitutional orders passed by the Board of Supervisors. In July, the board passed an indoor mask mandate. Villanueva said his department would not be responsible for enforcing that rule.

Villanueva has also used his platform as one of Los Angeles County’s leading law enforcement officials to point out falsehoods in the statements put forward by public health officials and agencies.

He once said in a statement that the efficacy of wearing face masks “is not backed by science” and contradicts other guidelines from federal public health agencies.

During his Q&A on Thursday, Villanueva pointed out that the efforts to defund police departments that began last year – because of anti-police domestic terrorist organizations Antifa and Black Lives Matter – have also strained his resources.

Last year, the Board of Supervisors cut the LASD’s budget for the 2020 to 2021 fiscal year by $145.5 million. For this upcoming fiscal year, Villanueva says the county is planning to cut his department’s budget by another $144 million.

In a statement released on Friday, Villanueva pointed out that the LASD already has a staffing shortage. Forcing between five to 10 percent of the department to resign due to a mask mandate would make the security situation in the county even worse.

“When a decision must be made between responding to a violent felony in progress or serving as the ‘vaccine mandate police,’ the choice is simple,” writes Villanueva. “The Department will continue requiring all of our employees to register with the Fulgent system but will only seek voluntary compliance and testing for the unvaccinated.”

It should be noted that of the around 18,000 employees of the sheriff’s department, more than 55 percent – or around 10,000 people – have already gotten COVID-19 or have been quarantined as a result of close contact with an infected individual.

In other words, those employees already have a natural immunity to the coronavirus due to prior infection. This means that forcing that half of the department to get the COVID-19 vaccine is unnecessary, and will most likely result in a lot of people experiencing detrimental side effects.

Learn more about the people like Sheriff Alex Villanueva who are standing up to unconstitutional COVID-19 vaccine mandates by reading the latest articles at Vaccines.news.