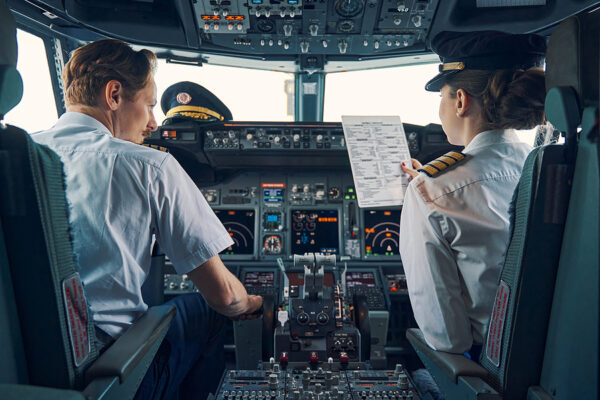 Reports of hundreds of canceled Southwest flights have been met with all kinds of excuses, and Stew Peters says somebody’s lying.

It’s not bad weather, like Southwest claims, he says. And, it’s not FAA problems either, because they say there haven’t been any air traffic control problems that would cause massive flight cancellations, despite reports that air traffic control agents walked off the job in Jacksonville, Florida, in protest of vaccine mandates. So what is it? Other airlines didn’t have mass cancellations.

Peters says it’s probably the vaccine mandates that Southwest just laid down for all personnel — and, he says, “there are reports that pilots are joining the resistance as well” even though the pilots’ union denies it.

Adding to the scandal are reports of a Delta pilot who died in-flight within the last 10 days. The co-pilot said he just suddenly died. The co-pilot also shared that the pilot said he’d just gotten his second COVID shot a few days earlier.

“It’s much bigger than people think,” the co-pilot allegedly said. Not only that flights are being diverted due to pilots with chest pains. A passenger with chest pains forced an emergency landing, too. A Seattle-based pilot was found dead on his floor from an embolism; flight attendants are not returning to active duty in “droves” following their shots; two were found dead after their shots. Plus, seven Atlanta-based flight attendants have already had breakthrough infections.

A vaccinated pilot got a breakthrough infection and died of kidney failure. And the reports just keep coming in, with the airlines keeping their communications sealed. So what’s happening here? “A pilot is dead and the media completely whitewashes the whole thing,” Peters says.