BOMBSHELL: Vaccinated adults under age 60 are dying at TWICE the rate of unvaccinated… the vaccine DOUBLES the deaths from all causes 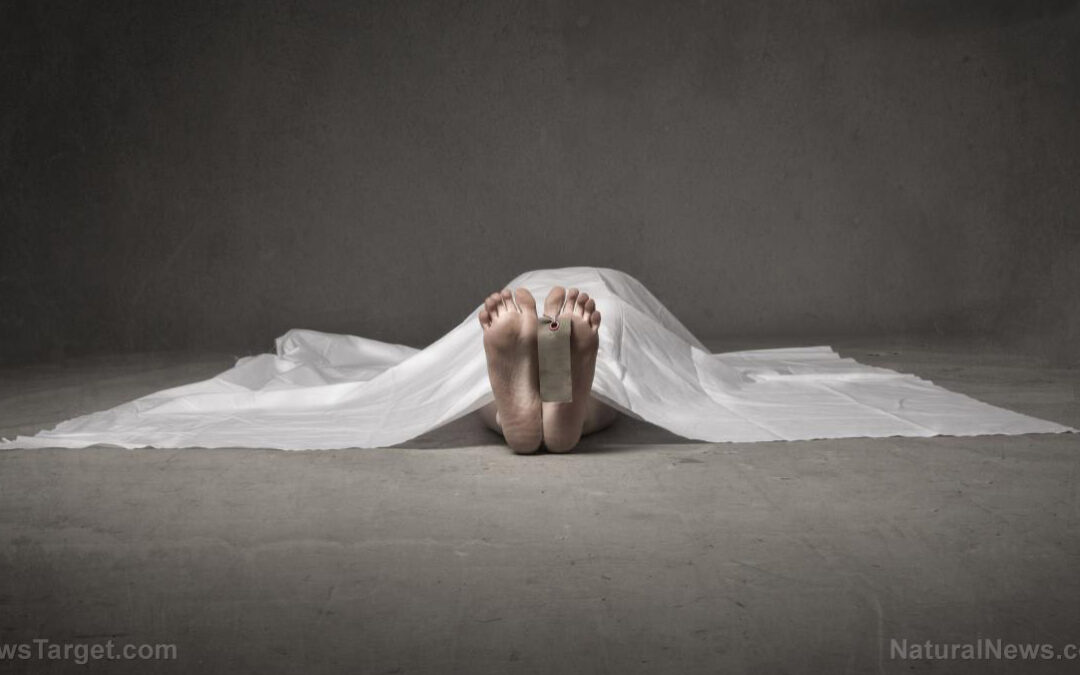 The Office for National Statistics (ONS), a U.K.-based government reporting agency, has published new data showing that “fully vaccinated” English adults under the age of 60 are now dying at twice the rate of their unvaccinated counterparts.

The original dataset from ONS clearly shows this for anyone willing to look at it honestly – because we all know the mainstream media will never report on it.

“I have checked the underlying dataset myself and this graph is correct,” Berenson writes. “Vaccinated people under 60 are twice as likely to die as unvaccinated people. And overall deaths in Britain are running well above normal.”

“I don’t know how to explain this other than vaccine-caused mortality,” he adds.

One of the reasons why these shots are killing people like crazy is that they destroy cell tissue, particularly in and around the heart.

The mRNA (messenger RNA) jabs are particularly offensive in this regard, Berenson notes. Several months after getting injected, a person’s risk of suffering a heart attack or other severe coronary problem more than doubles.

“Patients had a 1 in 4 risk for severe problems after the vaccines, compared to 1 in 9 before,” Berenson writes.

Sound familiar? That same doubled risk for death in the vaccinated versus the unvaccinated also applies to heart problems. It would seem as though getting jabbed is a quick and easy way to fast-track one’s risk of dying early.

The shots greatly increase endothelial inflammatory markers, he explained. Based on these markers, a patient is assigned a score that ranks how likely he or she is to develop an acute coronary syndrome within the next five years.

“Acute coronary syndrome is a term used to describe a range of conditions associated with sudden, reduced blood flow to the heart,” the Mayo Clinic explains about this classification.

“One such condition is a heart attack (myocardial infarction) – when cell death results in damaged or destroyed heart tissue.”

In Gundry’s own patients, he observed a risk increase from 11 percent to 25 percent on the acute coronary syndrome scale. This increase persisted for a least 2.5 months after patients received the second dose, he says.

“We conclude that the mRNA [vaccines] dramatically increase inflammation on the endothelium and T cell infiltration of cardiac muscle and may account for the observations of increased thrombosis, cardiomyopathy, and other vascular events following vaccination,” he explained.

“Clearly there is a chilling synchronicity between the DOUBLING OF ACUTE CORONARY SYNDROME RISK that’s shown in this study and the data charts showing a DOUBLING OF OVERALL DEATHS in England that you discussed in your post yesterday,” wrote one commenter about Berenson’s two articles.

“It’s going to take a lot more of these studies and stories before the Medical Nazis at the FDA and CDC back down because of ‘mild myocarditis,’” wrote another, referring to CDC Director Rochelle Walensky’s false claim that “mild myocarditis” cases post-injection are “rare.”

“Their goal is depopulation and they are enjoying the results right now because there is no pushback. Their livelihoods aren’t threatened, and they’re protected within their political circles. Nothing short of total non-compliance going forward on any covid mandates is going to budge this tyranny.”

To keep up with the latest news coverage about the Chinese Virus “vaccine” scam, visit ChemicalViolence.com.