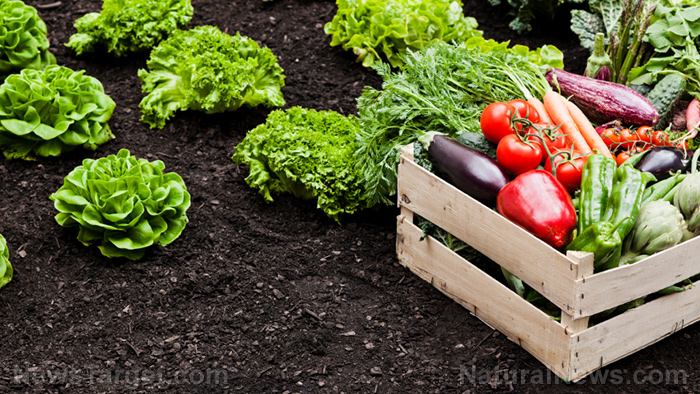 Like humans, plants in your home garden need the right nutrients to grow healthy. This is why it’s important to learn about secondary nutrients and how to prevent or address their deficiencies in plants. (h/t to TheOrganicPrepper.com)

What are secondary nutrients?

The primary nutrients for plants are nitrogen (N), phosphorus (P), and potassium (K). Collectively, they are often referred to as NPK.

In biology, mass flow is defined as “the movement of fluids down a pressure or temperature gradient.” This means nutrients moving by this mechanism are taken up through plant roots via a pressure gradient, assuming that the soil pH allows for this.

Calcium, magnesium and sulfur, along with other nutrients, are readily taken up by plant roots in a pH range of 6.0-7.5. Because most vegetables prefer a pH range of 6.5-6.8, mass flow works very well.

When buying fertilizer, check the label for this nutrient specifically because, unlike NPK, it’s not a standard addition.

Another thing to remember is that many calcium fertilizers will raise the soil pH, which makes garden soil more alkaline. This isn’t bad if the soil is too acidic, but if your garden soil is already too alkaline, you might encounter some problems.

According to the Pennsylvania State University’s Department of Plant Science, the symptoms of calcium deficiency first appear on younger leaves and tissues. A calcium deficiency in plants also inhibits growth and gives plants a bushy appearance.

The young leaves of calcium-deficient plants are usually small and misshapen. The leaves will also develop brown chlorotic spots along the margins that then spread to eventually unite in the center of the leaves.

Calcium deficiency causes blossom end rot, which can be bad for certain vegetables. Calcium is extremely immobile in a plant, but when it does move, it often goes towards the leaves rather than the fruits.

This means a calcium deficiency will cause a rot that begins at the lower end and moves along the entire fruit, making the fruit inedible.

But once the problem is corrected, new fruits will be fine. However, you need to get rid of the affected fruits. Blossom end rot affects different crops like eggplants, peppers, squashes, tomatoes and watermelon.

How to prevent and treat calcium deficiency in plants

Uneven watering may cause calcium deficiency in your plants so avoid over- or under-watering. You should also avoid over-fertilizing.

You can also get the soil tested to determine calcium levels. (Related: Watering and garden soil: 10 Irrigation techniques to use in your home garden.)

Follow the steps below to make a calcium spray for your plants:

This homemade calcium-rich foliar spray is also full of nitrogen, magnesium, phosphorus and collagen, all of which are essential nutrients for healthy plant growth.

Magnesium has a role in chlorophyll synthesis, fat formation and metabolism. It’s also best used in its ionic form, Mg2+, which can be found in commercial fertilizers if it’s specifically listed on the product label.

According to South Dakota State University Extension, magnesium is highly mobile. Magnesium deficiencies are common around mid-season for fruit-heavy plants.

In magnesium-deficient plants, leaf veins stay green while the regions between them turn yellow (interveinal chlorosis). Older leaves lose their green color except in the veins.

How to prevent and treat magnesium deficiency in plants

The most common way to address magnesium deficiency in plants is to use commercial fertilizer or add Epsom salts to your soil.

Epsom salts are added as a side dressing at the rate of one tablespoon per plant or through a drip system.

Note that Epsom salts also contain sulfur and that too much can cause a soil imbalance and serious harm to plants. Additionally, Epsom salts can’t be used as a blossom end rot treatment.

Sulfur has a role in the formation of proteins, amino acids, vitamins and oils. Its most bioavailable form is the sulfate ion, SO4 2-.

The older leaves don’t show this chlorosis or yellowing of healthy green leaves, which is one way to differentiate between this and nitrogen deficiency.

How to treat sulfur deficiency in plants

Remember that Epsom salts contain sulfur but also have their drawbacks. Sources of sulfur include compost and compost tea, both of which are easy to use.

Some fertilizers may contain sulfur, but make sure you check the labels. This is one exception to the elementary rule because adding elemental sulfur to the soil offers some benefits.

Keep the plants in your home garden healthy by preventing shortages of the secondary nutrients calcium, magnesium and sulfur.

Boost your harvest by learning how to treat and prevent deficiencies in these important secondary nutrients.

Watch the video below for 15 vegetable gardening tips for beginners.

This video is from the Backyard Farming channel on Brighteon.com.