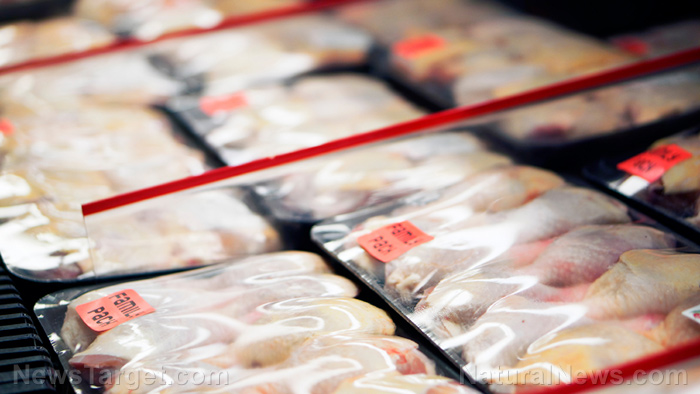 The worst things a person can eat, according to Mozaffarian, include ground beef, cheddar cheese, and whole eggs fried in butter. (Related: Remember when the Obama regime tried to reclassify pizza as a “vegetable?”)

Some of the middle-ground foods that Mozaffarian says might be okay to eat – but maybe not – include whole wheat bread, canned pineapples in heavy sugar or corn syrup, and whole milk.

In the “to be moderated” section of his chart, Mozaffarian specifically encourages people to consume Lucky Charms cereal over skinless chicken breast if given the choice. The meat, he claims, is unhealthier than the sugary marshmallow cereal.

“Soak in the idiocy: per the rankings, Honey Nut Cheerios© is a healthy alternative to a boiled egg. Almond M&Ms© is a superior nutritional choice to ground beef,” writes Ben Bartee for The Daily Bell.

“Then consider that this Food Compass© wasn’t published in some laughable obscure blog in a dark corner of the internet; Dariush somehow managed to get his brazen propaganda piece featured in Nature Journal, widely considered one of the most authoritative scientific publications in the world.”

How many children will end up DYING from the erroneous food advice being peddled by the Biden regime?

A quick look at the ingredients list for Lucky Charms reveals that it is mostly made from “whole grain oats,” which more often than not (except when organic and far from non-organic fields) is doused with toxic glyphosate weedkiller just prior to harvest.

The second ingredient is “sugar,” which if not specific as cane sugar on labels more than likely comes from genetically engineered (GMO) sugar beets that are also doused in deadly chemicals before harvest.

“The artificial food colorings used include Red 40 and Yellow 5, both of which are contaminated with known carcinogens, and also might cause ADHD and allergies.”

Keep in mind that Mozaffarian is a professor at Tufts University. This title and status, however, means absolutely nothing as today’s academics are often some of the most embarrassing fools in society.

Mozaffarian’s foolish food advice is not that far off from the “Food Pyramid” of old, which encouraged Americans to gobble up highly inflammatory refined grains and avoid brain-supporting and hormone-building fats.

Even the American Diabetes Association (ADA) peddles dietary foolishness, encouraging diabetics who cannot control their blood sugar to obtain nearly half of all calories from carbohydrates, which are known to spike blood sugar – which Bartee writes is “a sure one-way ticket to an early grave.”

“In the meantime, though, speeding along the Autobahn to premature death, the biomedical corporations that fund the ADA© – a long list that includes Merck© and Pfizer© — will extract their gullible patients’/cash cows’ wealth while they expire, slowly and painfully,” he adds.

There is just nothing about the Biden regime that can be taken seriously anymore – if there ever even was. To keep up with the latest news about what these demons are up to, visit JoeBiden.news.