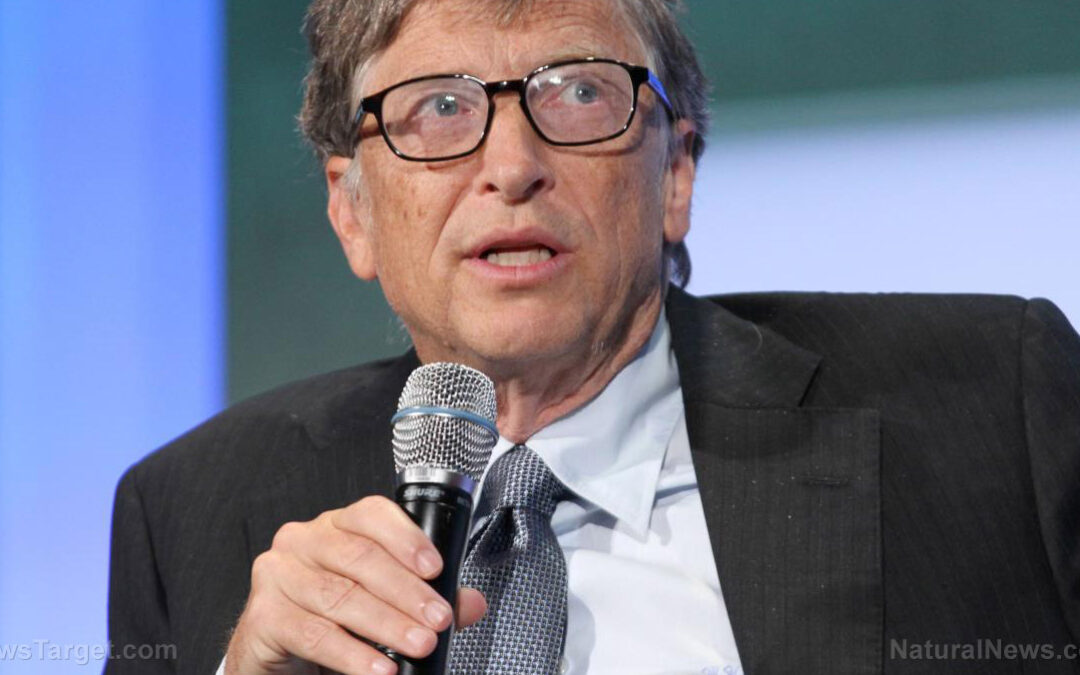 The next phase of humanity’s forced transition to virtual reality involves computerizing the human body and transforming it into a robotic machine that, together with all other computerized human bodies, will eventually comprise a vast global computer network owned in part by none other than billionaire eugenicist Bill Gates.

It might sound like some kind of out there science fiction novel, but U.S. Patent 6,754,472, owned by Microsoft, grants Gates and his cronies the “exclusive rights” to “computerize” the human body for use as a collective of local wireless networks.

The most advanced computer in existence, the human body is already an electrically charged, vibrating, and pulsing network of electrolyte-filled tubes and tunnels that transmit and communicate all sorts of things relevant for survival. Gates’ goal is to exploit and capitalize on this miracle of creation, as well as “enhance” it as part of the globalists’ transhumanist agenda.

You will notice that Gates’ plan to transition and transform humanity into a worldwide network of transhumanist cyborgs directly parallels the current transgender or trans agenda – and that is no accident.

They have been telling us all along with all the trans programming what they plan to do next, and that is to strip humanity of its humanity. Covid “vaccines” play a role in that, as does the transgender mutilation of children phenomenon. (Related: Bill Gates is tied to other patents that prove covid is a creation of the U.S. military-industrial complex.)

Israeli historian Yuval Noah Harari says “the designer of life will no longer be God; the WEF are going to be the designers of the future of life”

Entitled “Method and apparatus for transmitting power and data using the human body,” U.S. Patent 6,754,472 encompasses the entire human body. It gives Gates and whoever he works with the perceived authority to continue tampering with the human form to transform its image into something foreign or alien.

“Body parts, in this case skin, should not be in any way patentable,” says Jim Thomas of the ETC Group, which monitors these kinds of developments in technology.

“There are big questions here about whether individuals will be able to refuse this technology if it is used in, for example, tracking devices.”

Yuval Noah Harari, Klaus Schwab’s right-hand man, is another globalist who is pursuing similar interests as Gates. Harari has stated on record that the trans-humanity of the future will not have the option to refuse this technology – unless they want to be put to death.

“The designer of life will no longer be God,” Harari stated haughtily and arrogantly. “The WEF (World Economic Forum) are going to be the designers of the future of life.”

Harari would go on during the same speech to explain why Gates’ patent on the human body is critical to his globalist agenda. In short, the goal is to turn humans into cyborgs that no longer bear the image of God and are completely controlled by the globalist control matrix.

“Gates’ strategy of buying WHO (World Health Organization) and purchasing control of U.S. health officials like Tony Fauci and Deborah Birx (allows him to) dictate global health policies affecting seven billion people and to control the most intimate details of our lives.”

“Under his direction, the WHO is conducting global social and medical experimentation applying Gates’ religious faith that he can use technology (vaccines and GMO agriculture) and his deep understanding of computers to make him the savior to all of humanity. We are his guinea pigs.”

The latest news about Bill Gates can be found at Evil.news.