Capsaicin: A Spicy Supplement That May Deliver Well-Rounded Benefits to Your Health 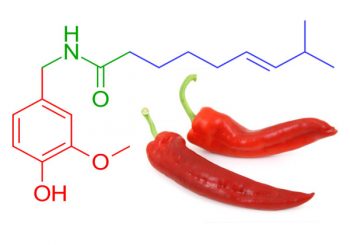 Chili peppers (capsicum annuum) are one of the most common yet important spices in cooking, and is enjoyed by countless people all over the world. While most people believe that they originated from India, China or Thailand — countries that make extensive use of chilies in their cuisine — did you know that they actually originated from the Americas?1

The history of chili peppers goes back to more than 6,500 years ago in the Mexican region.2 Ancient Mexicans extensively used them to spice up their food, and in 1492, it was introduced to the Europeans when Christopher Columbus unexpectedly ended up in America.3

Originally, Columbus wasn’t looking for chili peppers — he was simply looking for another route to Asia to acquire black peppercorns, which were considered luxury items in Europe back then. After he returned with plant samples to the Iberian Peninsula, Portuguese traders brought them around the world for bartering, eventually ending up in Asia and becoming even more widespread.4

What makes chili peppers unique is capsaicin, the ingredient that gives them their spicy flavor, as well as their unique health benefits. It was first isolated in 1846 by a British Chemist named John Clough Thresh,5 but it was only in 1979 that capsaicin was tested in a scientific environment for therapeutic uses.

Tony Yaksh, a researcher at the Mayo Clinic, discovered that repeated topical applications of capsaicin depleted substance P (a signaling molecule), which helped ease irritation and inflammation. Since this discovery, capsaicin has become more prevalent.6

Chili Peppers Are the Best Natural Sources of Capsaicin

If you’re looking to add capsaicin to your diet, chili peppers are your best source. The only exception to this food group is the bell pepper, which has no capsaicin.7 To gain the health benefits of this compound, you need to buy real chili peppers that will give your food that distinctive spicy flavor.

The spiciness of chili peppers is measured using the Scoville Scale, developed by pharmacist William Scoville in 1912. To measure the pepper, it needs to be diluted repeatedly until the strength is not detectable anymore by the human tongue. For example, a jalapeño has a Scoville Heat Unit (SHU) of 8,000, which means it was diluted 8,000 times.8 The table below shows the SHU of the most commonly used peppers in cooking:9

The great thing about chili peppers is their versatility. Depending on the variety you choose, they can be mixed in recipes or added to dips, marinades and salsa to give them the right amount of heat.10 Chili peppers can be part of a nutritious diet, but there are some side effects to be aware of, most prominently the heat they cause once eaten. You may also experience any of the following:11

• Stomach irritation — Gastritis or heartburn may occur because chili peppers can inflame your stomach lining.

• Respiratory problems — When consumed incorrectly (such as accidentally inhaling chili powder), your nose and mouth can experience discomfort and redness.

• Allergies — Chili peppers can cause various allergic reactions such as itchiness, a runny nose, watery eyes and other signs of irritation.

Adding chili peppers into your diet is the best way to get capsaicin regularly into your system — you may even enjoy the heat as you gradually get used to it. Meanwhile, capsaicin supplements that come in various dosages are also sold in the market.

Studies Regarding the Potential Health Benefits of Capsaicin

Capsaicin, the source of peppers’ spiciness, has been studied comprehensively, and you may be surprised at what it can do. The following are prominent examples:

• Pain Relief — As mentioned previously, capsaicin may help relieve pain by exhausting your body’s supply of substance P, a chemical found in your nerve cells that plays a role in transmitting pain signals to your brain. In one study, heartburn sufferers were given 2.5 grams of red chili peppers per day. They noted that at the beginning of the treatment, pain slightly worsened, but gradually improved over time.12

• Weight Management — Spicy foods, quite literally, can help burn fat and help you lose weight. In a study published in the Journal of Nutritional Science and Vitaminology, participants were given 10 grams of red pepper during a meal.

After eating, the researchers monitored the participants’ energy expenditure and learned that chili peppers increased it after consumption.13 It is believed that your body can burn an extra 50 calories per day if you consume capsaicin regularly.14

• Reduce Hunger — Several studies have shown that capsaicin may help reduce hunger, helping prevent overeating and excess weight gain.15,16,17,18 According to a study published in the European Journal of Nutrition, capsaicin works by reducing the production of ghrelin, the hormone responsible for triggering hunger.19

• Blood Pressure Maintenance — Capsaicin may help promote long-term heart health. According to one study, mice affected with high blood pressure experienced relief after they consumed food mixed with capsaicin. The researchers went on to suggest that capsaicin activates the transient receptor potential vanilloid 1 (TRPV1), which contributes to vasorelaxation and lowered blood pressure.20

• Boost Digestive Health — Aside from reducing hunger, capsaicin may help promote a well-functioning digestive tract. One study found that it enhanced the buffering component of gastric secretory responses and gastric emptying, as well as prevention of gastric mucosal damage from ethanol-based beverages.21

Another study suggested that capsaicin can help promote the healing of gastric ulcers by inhibiting acid secretion, as well as stimulating alkali and mucus production and gastric blood flow.22

• May Lower the Risk of Cancer — Capsaicin may have the ability to fight against cancer by attacking pathways in the growth of cancer cells. In a related study, capsaicin has been shown to induce apoptosis in prostate23 and in another study, breast cancer cells were tested.24

Other Uses of Capsaicin

Aside from being added to foods or taken as a supplement, capsaicin can be found in skincare products due to its anti-inflammatory properties. It’s also used to help with:25

• Post-surgery pain at the site of operation

When using a capsaicin cream, however, always exercise caution. You may feel a slight burning feeling on your first application, but it will become better upon frequent use. Wash your hands thoroughly afterward to prevent getting the product into your eyes and other parts that have mucous membranes, as it can cause a burning sensation.26

Capsaicin is also used in matters of personal safety, with the most popular derivative being pepper spray. It allows potential victims to protect themselves by incapacitating assailants or dangerous animals. To make the spray, the capsaicin is extracted from a solvent such as ethanol, which is then evaporated, emulsified and pressurized before it is placed into canisters.27

Side Effects of Capsaicin Supplements

In general, capsaicin supplements do not cause any alarming side effects, but you may still experience uncomfortable indicators similar to eating chili peppers. According to WebMD, possible complications include stomach irritation, sweating, flushing and a runny nose. When taken in large amounts, it may cause liver or kidney damage.28

Be forewarned that your stomach may experience a low, small heat that can last anywhere from 30 minutes to an hour after taking a capsaicin capsule. This means that the capsaicin, which is naturally hot, is being released into your digestive system.29

Capsaicin and Chili Peppers Can Be Enjoyed by Nearly Everyone

Capsaicin supplements (and hot peppers) are generally not recommended for very young children, because they do not have well-developed digestive systems yet. As a general rule, do not give capsaicin to children under 2 years old.30 Once your child has grown big enough, you may introduce hot peppers into their diet to obtain the benefits of capsaicin, but do it gradually. You can mix a dash of chili pepper into their food to help them become accustomed to the taste.

Remember to use very mild peppers first, then slowly move up to other peppers if they like the flavor. Also, avoid mixing in the seeds, as they contain the highest concentrations of capsaicin.31

Q: What is pure capsaicin?

A: Capsaicin, in its purest form, is the chemical that gives chili peppers their spicy flavor and potential health benefits.

Q: What does capsaicin do for your body?

A: According to research, capsaicin has various potential benefits for your health, such as weight management, reduced risk of tumors, pain relief and lowered LDL cholesterol levels.

Q: What are the potential side effects of capsaicin?

A: One of the most notable side effects of taking capsaicin is the generation of heat, which you may find uncomfortable. You may also develop coughs, sore throat, runny nose and shortness of breath. When using a capsaicin skin cream, burning, itching, dryness and swelling may occur at the site of application.32

Originally published at mercola.com and reproduced here with permission. 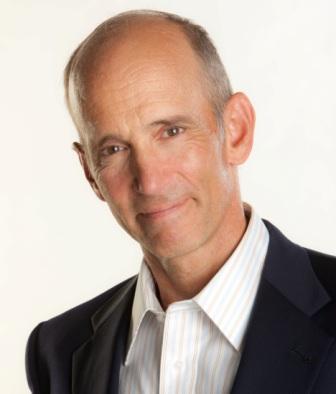