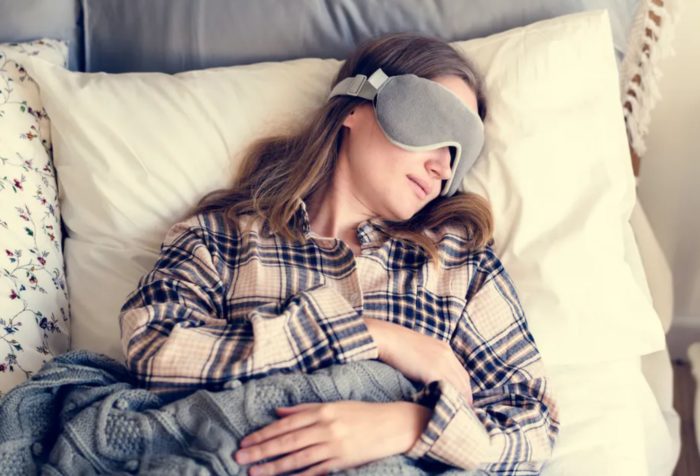 Some people swear by an afternoon nap – whether it’s to catch up on lost sleep or to help them feel more alert for the afternoon ahead. Even Boris Johnson supposedly favours a power nap during his work day (though the prime minister’s staffers contest this claim). Winston Churchill, Albert Einstein, and Leonardo Da Vinci were all famous nappers.

But while many of us may not feel we usually have enough time to squeeze a nap into our day, working from home during the pandemic may now afford us an opportunity to give napping a try.

Napping is a great way to feel more rested and alert – and some research shows it can benefit our cognitive function. However, you may want to consider how long you have to sleep before heading to bed for your midday nap.

If you need to be alert right after waking up (for example, if you’re catching a few extra minutes of sleep during your lunch break), so-called “power naps” of 10-30 minutes are recommended. Longer naps may cause some initial drowsiness – though they keep sleepiness at bay longer. But drinking coffee directly before a nap may help you wake up without feeling drowsy while also boosting your alertness.

While short naps are great for increasing energy, longer naps are both more restorative and beneficial for learning. For example, they improve activation of the hippocampus – an area of the brain important for learning and memory. A one to two hour afternoon nap is shown to benefit both your motor skills and your ability to recall facts and events.

A recent study from China has even suggested that regular afternoon napping is linked to better cognitive function in older adults. The researchers asked 2,200 over-70s about their napping habits before having them undergo a series of cognitive tests which measured things like memory and language skills. They found that those who usually napped were less likely to have cognitive impairments than those who didn’t. This was true regardless of age or level of education.

But nap length may play a role here – a similar study showed that those who usually napped for 30-90 minutes had better overall cognition compared to those who napped for longer or shorter, or who didn’t nap at all.

The reasons why short naps are so beneficial for alertness and focus are not well understood. It’s possible that napping helps the brain clean up sleep-inducing waste products that would otherwise inhibit brain activity, and that they replenish the brain’s energy stores. Short naps may also help improve your attention by letting particularly sleepy areas of the brain recover, thereby preventing instability in the brain’s networks.

See: The Lost Book of Remedies

Longer naps, on the other hand, are more restorative partly because there is time to enter multiple sleep stages, each of which supports different learning processes. For example, during REM (rapid eye movement) sleep, the brain is almost as active as when awake. This activity in different brain regions – including those important for learning and memory – may be why REM sleep supports both long-term memory and emotional memory.

During REM sleep in particular, the brain strengthens newly developed connections that are important for improvements in motor skills. Longer sleep also reduces unimportant connections, and this balance can improve how quickly and effectively the brain works as a whole.

Non-REM sleep – the sleep stage we spend most of our time in – contains both slow brain waves and sleep spindles. The sleep spindles are periodic burst-like signals between different brain areas, which are believed to reactivate and consolidate memories. Both the slow brain waves and the spindles increases plasticity – the brain’s ability to learn and adapt to new experiences.

Although napping has many positive short-term effects, they are not recommended for people who suffer from insomnia. Because naps decrease sleepiness, they may make it harder to fall asleep when going to bed in the evening. Naps should also be avoided in situations where optimal performance are needed instantly afterwards, as it may take some time to fully wake up.

Other research has shown that frequent napping was related to high BMI and high blood pressure. Napping was more common in shift workers, retired people, and smokers, and in people with genes related to sleep disorders or obesity. To what degree napping was harmful or beneficial for these groups remains unknown, but it’s clear that napping is more common in groups who have disturbed sleep or need more sleep.

If you’re finding that your attention span is wavering in the afternoon while working from home, perhaps try squeezing a nap into your lunch break. Short naps are great at improving alertness and attention – and if you have time for a longer nap, this can support memory and learning.

Originally posted: Napping in the Afternoon can Improve Memory and Alertness – Here’s Why (naturalblaze.com)