5 reasons you should increase your curcumin intake 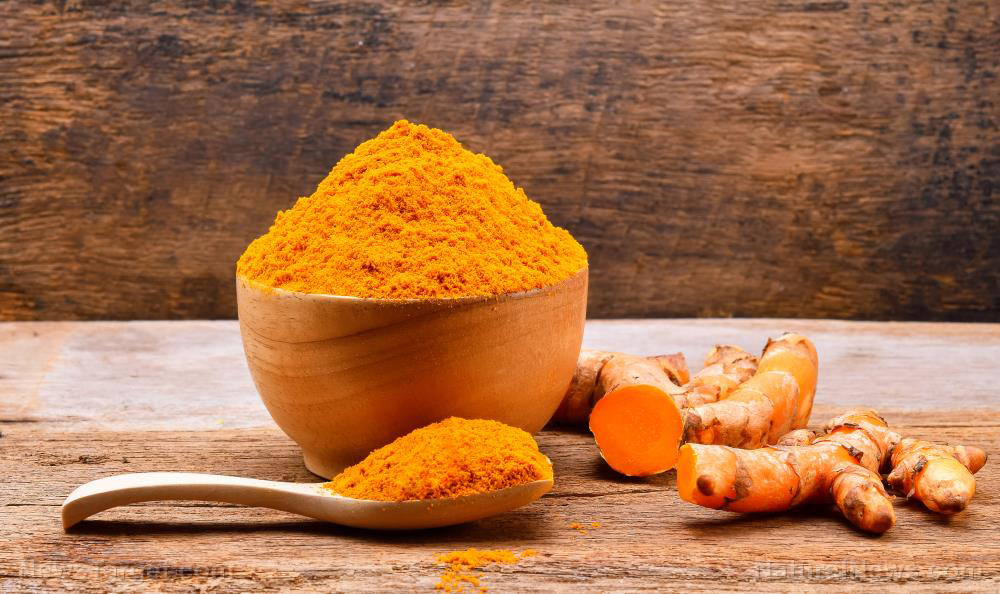 Curcumin, the primary bioactive substance in turmeric, has been discovered to have multiple benefits for your health.

In a systematic review that explored a number of studies regarding the health benefits of curcumin, the researchers were able to gather significant information that supports its use for the treatment of different health conditions and as a supplement to promote overall health. They found these five health benefits that you can get from taking more curcumin.

According to the researchers, curcumin is an efficient scavenger of free radicals because it is a lipophilic compound, meaning it tends to combine with fats. In addition, the study stated that curcumin is effective in scavenging different forms of free radicals, such as reactive oxygen and nitrogen species. Also, curcumin has been found to reduce the markers of oxidative stress. Oxidative stress causes cell and tissue damage, contributing to a number of chronic diseases.

Meanwhile, as for its anti-inflammatory properties, the team said that curcumin has been able to block the activation of NF-kB. According to the researchers, NF-kB is activated by inflammatory cytokines, gram-negative bacteria, various disease-causing viruses, environmental pollutants, chemical, physical, mechanical and psychological stress, high glucose, fatty acids, ultraviolet radiation, cigarette smoking and other disease-causing factors. According to the researchers, the anti-inflammatory properties of curcumin are responsible for blocking the activation of NF-kB.  The team adds that there are more mechanisms involved in the anti-inflammatory activities of curcumin that were not included in their review.

The researchers were able to gather enough significant results that show curcumin’s ability to help reduce the effects of arthritis. In one of the studies they’ve cited, the team discovered that curcumin may be a side effect-less alternative to non-steroidal anti-inflammatory drugs that are typically prescribed to arthritis patients. The study revealed that just two grams of curcumin can relieve arthritis pain. Also, in one meta-analysis that they’ve reviewed, it is stated that eight to 12 weeks of treatment using turmeric extracts, or 1000mg per day of curcumin can reduce pain and inflammation in arthritis patients. The meta-analysis added also recommended the use of curcumin in alleviating the symptoms of arthritis, such as osteoarthritis.

The ability of curcumin to help fight metabolic syndrome can be attributed to its antioxidant and anti-inflammatory properties. But aside from those factors, the researchers said that there are enough data that show it can also improve insulin sensitivity, suppress adipogenesis, lower blood pressure, reduce triglycerides and lower bad cholesterol while increasing the good ones. Thus their review states that curcumin can be used to prevent health conditions associated with metabolic syndrome, which includes insulin resistance, hyperglycemia, hypertension, high levels of bad cholesterol, high triglyceride levels and obesity.

In the studies that the team reviewed concerning the effects of curcumin on healthy individuals, one of the effects the researchers discovered was improved work performance. In one study cited in the review, in just one hour after taking 400mg of curcumin, 60 healthy adults aged 60 to 85 years old experienced improved working memory, prolonged attention span and enhanced positive mood such as the feeling of calmness, alertness and contentedness. Moreover, when their blood samples were checked, curcumin helped reduce the subjects’ bad cholesterol levels. And in other studies reviewed, curcumin helped reduce muscle soreness resulted from physical exercises and produced an anti-anxiety effect in healthy obese people.

“We felt that the evidence for health support and benefits was growing stronger and that a strong signal is there. The evidence surprised us. We review a lot of science related to dietary supplements. Few have been as convincing as curcumin. But that being said, the science speaks for itself as growing and real,” said Douglas Kalman from the Florida Atlantic University, one of the authors of the paper.

Visit Nutrients.news to learn more about the health benefits of curcumin and turmeric.

Originally posted: 5 reasons you should increase your curcumin intake (food.news)