Why Do We Trust the Pharmaceutical Industry So Much? 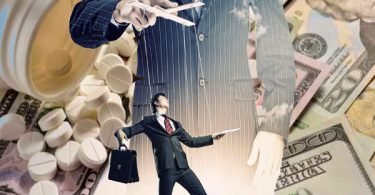 In August 2021, Pfizer and Moderna increased prices. The price of a dose of Pfizer vaccine increases from 15.50 to 19.50 euros. The Moderna vaccine used to cost 19 euros and now 21.50 euros per dose. This is “extremely questionable” to say at least. Numerous articles have been written about it and this is one of them.

Articles have also been published about the strangulation contracts, although they are published significantly less, because much is minimized when it comes to a critical note and is regularly censored.

An example; The UK government has granted Pfizer legal indemnity to protect it from prosecution over possible side effects of its new coronavirus vaccine. Scandalous isn’t it? Not only in the UK, also in the Netherlands and all over the world. That was the condition under which they could make the “vaccines” available so quickly.

Numerous lawsuits have been filed against Pfizer, including the EpiPen, where a multimillion-dollar settlement has been reached.

Another lawsuit revolved around a trial with Trovan. At the end of 2009 the case was settled for 75 million dollars. The conditions remained confidential.

Pfizer agrees to a record fine.

US pharmaceutical company Pfizer will pay a record fine of $2.3 billion. It is the largest settlement ever. The company violated several marketing rules and sold drugs, including the disallowed painkiller Bextra, which it was actually banned from selling. It also paid massive bribes to health care providers to prescribe the four drugs as much as possible.

It never ends, and in order not to make this article endless, I recommend that you do your own research into the misdeeds of an immoral company called Pfizer. Normally, no company, or private individual, would deal with such an unreliable company.

In fact, no government should do business with such unscrupulous pharmaceutical giants.

Pfizer is not the only pharma company that has been discredited.

Some other examples of exemplary management.

In 2019, Purdue sought bankruptcy protection as it faced thousands of lawsuits. The company is accused of pressuring doctors to prescribe the addictive painkiller Oxycontin. As a result, it is said to be partly responsible for the opioid crisis in the US, which is linked to more than 500,000 deaths in the past two decades.

Another diabolical and disgusting example is; Martin Shkreli, ‘the most hated man in the United States’. He and his former company Vyera Pharmaceuticals boosted a particular HIV pill in one fell swoop from $17.50 to $750, and the company has now reached a $40 million settlement. The good man is now in prison, and in court, after being asked whether he regretted anything, he said these words: “The only thing I regret is that I did not raise the price even higher, for I do not serve the customer, but the shareholder”.

These are not incidents.

The system is corrupt and the pharmaceutical industry is organized crime.

The industry is focused on making as much profit as possible, it is far too powerful and has many victims, said Gøtzsche, co-founder of Cochrane Collaboration.

Lovely people. We shouldn’t have such blind faith in the pharmaceutical giants. It is about our freedoms, our fundamental rights, our democracy, our children and grandchildren, about human rights, about our lives.

I am Peter Van Els, and I was born in 1957, and I live in The Netherlands in a small city called Sluis. I am an autodidact, Life is my biggest teacher and I started to write last year to stand up against lawless and corrupt governments after I’d said to myself “enough is enough”!  I believe all good souls must stand up and try to connect and unite, and try to change the system for the benefit for Mother Earth and for our offspring.

“Civil disobedience is a moral duty, when governments are corrupt and lawless.” — Mahatma Gandi