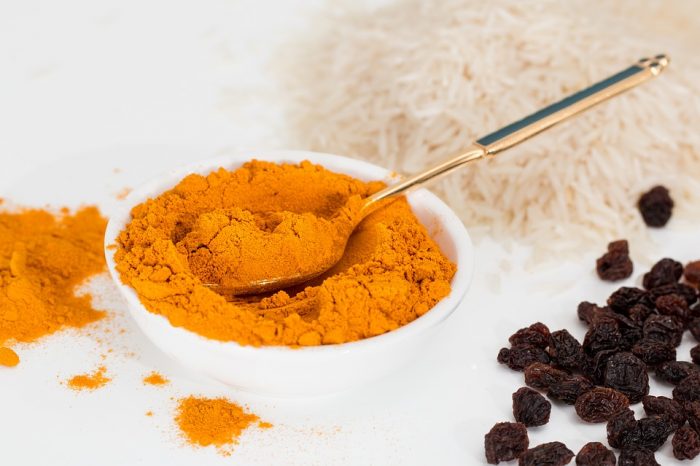 Turmeric has legendary status as a disease-fighting agent, but did you know that when administered in low doses to already healthy adults it significantly improves their wellness?

Over the years, there has been plenty of research performed on the value of natural substances in treating human diseases, but very little has been conducted on the effects of commonly used supplements and/or food components such as spices in already healthy people to improve their well-being.

All the more reason why a study published in 2012 in the Nutrition Journal titled, “Diverse effects of a low dose supplement of lapidated curcumin in healthy middle aged people,’ holds great interest among those on the fence about using dietary supplements to improve the quality and perhaps length of their lives, but for which clinical proof is lacking.

The study was conducted in healthy middle aged people (40–60 years old) with a low dose of curcumin (80 mg/day) in a fat soluble (lipidated) form. Curcumin is the primary polyphenol found in turmeric (3% concentration by dry weight), which gives the root its bright saffron color. Two groups of 19 subjects were given either curcumin or placebo for 4 weeks. Blood and saliva samples were taken before and after the 4 weeks and analyzed for the following blood and saliva measures relevant to health promotion:

The positive results were reported as follows:

The study authors noted that, “in apparently healthy individuals, a relatively low dose of a specific curcumin preparation can exert a variety of health promoting effects.” They pointed out that in previous human intervention studies using curcumin much larger doses were used in people who were already suffering from health problems. What was unique about their findings was that, “the wide variety of potentially health promoting effects seen in the present study suggests that curcumin can produce benefits in people without immediate disease states.” [emphasis added]

What is so encouraging about this study is that unlike much of the research that now exists using natural substances and/or dietary interventions to improve the condition of subjects with already serious diseases, we now have solid evidence that curcumin has wellness-promoting properties. This is a different concept than ‘disease-fighting,’ which participates in a war-like mentality and implies that the body must be subjected to aggressive, heroic and sometimes dangerous treatments to beat it back into a state of symptom reduction or symptom remission.

The point, of course, is to prevent disease from taking hold in the first place by supporting the body’s many complex systems naturally. Curcumin, and the whole turmeric root from which it derives, has a remarkable ability to modulate numerous pathways in the body simultaneously, almost as if by some intelligent hand.  This new study only further confirms why this plant has been appreciated as a sacred healing ally for thousands of years, and why it may play a vital role in the modern world both in protecting us from many life-threatening illnesses and acting as a body wide tonic, even when consumed in moderation, or in culinary doses.

Sayer Ji is founder of Greenmedinfo.com, a reviewer at the International Journal of Human Nutrition and Functional Medicine, Co-founder and CEO of Systome Biomed, Vice Chairman of the Board of the National Health Federation, Steering Committee Member of the Global Non-GMO Foundation.

Disclaimer: This article is not intended to provide medical advice, diagnosis or treatment. Views expressed here do not necessarily reflect those of GreenMedInfo or its staff.