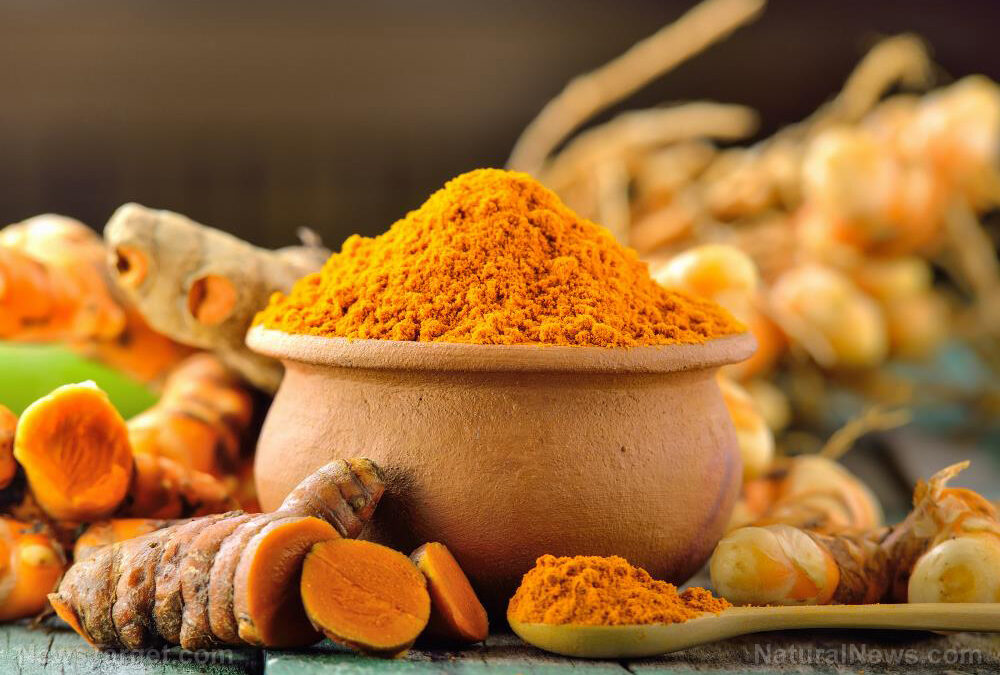 Turmeric, a kitchen spice that comes from India and Southeast Asia, is often used by traditional healers because it can help address inflammation, regulate blood sugar and fight infections.

But turmeric’s benefits go beyond these traditional uses. According to ongoing research, the spice’s active ingredient, curcumin, can be used to prevent cancer.

Many studies have shown that turmeric has anti-cancer effects and that it can help reduce the number and size of tumors.

According to a study conducted by researchers from the University of California San Diego School of Medicine, Peking University and Zhejiang University, turmeric can target aggressive and lethal forms of cancer and leave noncancerous cells unharmed.

The study was published in the journal Proceedings of the National Academy of Sciences.

For the study, the researchers used biochemical, mouse cancer and cellular models to verify that curcumin can efficiently inhibit an enzyme known as dual-specificity tyrosine-regulated kinase 2 (DYRK2).

The research team used state-of-the-art X-ray crystallography to obtain 3D images showing curcumin can bind to DYRK2. This is important because DYRK2 inhibition impairs the activity of proteasomes, or protein complexes, linked to the development of cancer.

The researchers reported that suppressing proteasome activity in cancer cells interferes with proliferation, which helps reduce tumors and slows the growth of cancer.

Certain cancers, such as multiple myeloma and triple-negative breast cancer, are classified as “proteasome-addicted.” This means these cancers are dependent on proteasome complexes.

Impairing the activity of proteasomes helps inhibit tumor development, and researchers think that this very dependency could be the weakness of aggressive and hard-to-treat cancers. While pharmaceutical proteasome inhibitors have already been developed and approved, they have a significant disadvantage: These medications tend to damage noncancerous cells.

To address this issue, researchers have tried to focus on inhibiting proteasome activity indirectly by identifying and manipulating proteasome regulators. Their search for suitable agents led them to turmeric and its active component curcumin.

Aside from impairing the DYRK2 enzyme and inhibiting proteasome activity, curcumin also offers an impressive variety of pathways through which it can fight cancer:

Many studies also back curcumin’s effectiveness. According to one study, curcumin supplementation helped reduce the size of lung tumors by 36 percent.

In a different study, researchers reported that curcumin was linked to a 40 percent decrease in the development of colon tumors.

Meanwhile, another study found that curcumin slashed the growth rate of prostate-specific androgen, a marker of tumor progression, by 50 percent.

While the results of the study were promising, the researchers explained that continued research will help them know how curcumin can be used to completely reverse cancer in human patients.

Sourav Banerjee, a postdoctoral scholar at UCSD School of Medicine and study co-author, explained that curcumin has “chemical drawbacks.” When you take curcumin orally, your body quickly breaks it down and eliminates it.

Banerjee added that curcumin must first be modified to enter the bloodstream and stay in the body long enough to fight cancer. Because of this, experts advise that adding turmeric to food may not provide enough bioavailable curcumin to obtain therapeutic benefits.

Instead, they recommend people take a very high-quality, high-potency organic curcumin extract that is standardized to contain at least 95 percent curcuminoids.

The study goes to show that curcumin isn’t just an anti-inflammatory. It may even hold the key to natural cancer therapies and cancer prevention.

Watch the video below to learn how turmeric and curcumin can be used to prevent cancer.

This video is from the Conners Clinic channel on Brighteon.com.