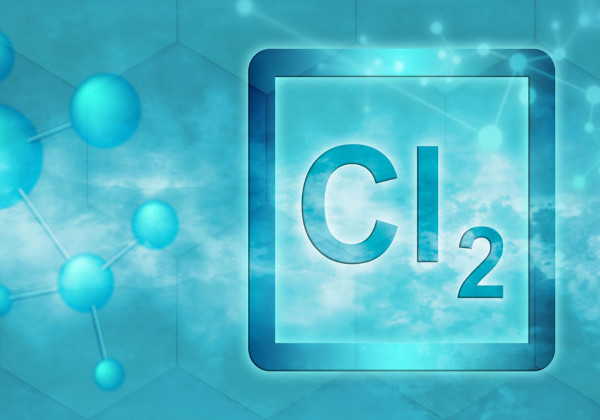 Adding chlorine to drinking water is a practice that began in the late 1800s, and by 1904 this was the standard in water treatment. For the most part, this process is still implemented today. Unfortunately, chlorine isn’t used because it’s the safest or most effective means of disinfection – it’s just the cheapest. In spite of all our technological advances, we essentially still pour bleach in our water before we drink it. The long-term effects of chlorinated drinking water have just recently being recognized. Past research has indicated it may be a contributor to cancer; however, there is no conclusive data to replicate these findings. [1]

Dr. Joseph Price wrote a highly controversial book in the late sixties titled Coronaries/Cholesterol/Chlorine and concluded that the basic cause of atherosclerosis and resulting entities such as heart attacks and stroke, is chlorine. While the study abstract is not available online, if you read his book, Dr. Price reported using chickens as test subjects in one of his studies where two groups of several hundred birds were observed throughout their span to maturity. One group was given water with chlorine and the other without. The group raised with chlorine, when autopsied, supposedly showed some level of heart or circulatory disease in every specimen, yet the group without had no incidence of disease. The group with chlorine under winter conditions showed outward signs of poor circulation, shivering, drooped feathers, and a reduced level of activity. The group without chlorine grew faster, larger, and displayed vigorous health. It would be a common sense conclusion that if regular chlorinated tap water is not good enough for the chickens, then it probably is not good enough for us humans!

There is a lot of well-founded concern about chlorine. When chlorine is added to our water, it combines with other natural compounds to form Trihalomethanes (chlorination byproducts), or THMs. These chlorine byproducts trigger the production of free radicals in the body, causing cell damage, and are highly carcinogenic. The Environmental Defense Fund warns that, “Although concentrations of these carcinogens (THMs) are low, it is precisely these low levels that cancer scientists believe are responsible for the majority of human cancers in the United States.“

Chlorine is a pesticide and its sole purpose is to kill living organisms. When we consume water containing chlorine, it destroys cells and tissue inside our body. Dr. Robert Carlson, a highly respected University of Minnesota researcher whose work is sponsored by the Federal Environmental Protection Agency, sums it up, “the chlorine concern is similar to that of air pollution” and adds that “chlorine is the greatest crippler and killer of modern times!”

Breast cancer, which now affects one in every eight women in North America, has recently been linked to the accumulation of chlorine compounds in the breast tissue. A study carried out in Hartford Connecticut, the first of its kind in North America, found that; “women with breast cancer have 50% to 60% higher levels of organochlorines (chlorination byproducts) in their breast tissue than women without breast cancer.”

One of the most shocking components to all of these studies is that up to 2/3s of our harmful exposure to chlorine is due to inhalation of steam and skin absorption while showering. [2] A warm shower opens up the pores of the skin and allows for accelerated absorption of chlorine and other chemicals in water. The steam we inhale while showering can contain up to 50 times the level of chemicals than tap water due to the fact that chlorine and most other contaminants vaporize much faster and at a lower temperature than water. Inhalation is a much more harmful means of exposure since the chlorine gas (chloroform) we inhale goes directly into our blood stream. When we drink contaminated water the toxins are partially filtered out by our kidneys and digestive system. Chlorine vapors are known to be a strong irritant to the sensitive tissue and bronchial passages inside our lungs; it was used as a chemical weapon in World War II. The inhalation of chlorine is a suspected cause of asthma and bronchitis, especially in children, which has increased 300% in the last two decades. “Showering is suspected as the primary cause of elevated levels of chloroform in nearly every home because of chlorine in the water.” Dr Lance Wallace, U.S. Environmental Protection Agency.

Chlorine in shower water also has a very negative cosmetic effect, robbing our skin and hair of moisture and elasticity, resulting in a less vibrant and youthful appearance. Anyone who has ever swam in a chlorinated pool can relate to the harsh effects that chlorine has on the skin and hair. What’s surprising is that we commonly find higher levels of chlorine in our tap water than is recommended safe for swimming pools.

Aside from all the health risks related to chlorine in our water, some say it is the primary cause of bad taste and odor in drinking water. The objectionable taste causes many people to turn to other less healthful beverages like soft drinks, tea, or other sweetened drinks. A decreased intake of water, for any reason, can only result in a lower degree of health.

The good news is that chlorine is one of the easiest substances to remove from our water. For that reason, it logically should serve its purpose of keeping our water free from harmful bacteria and water borne diseases right up to the time of consumption, where it should then be removed by quality home water filtration.

No one will argue that chlorine serves an important purpose, and that the hazards of doing away with chlorine are greater than or equal to the related health risks. The simple truth is that chlorine is likely here to stay. The idea that we could do away with chlorine any time in the near future is just not realistic. It is also clear that chlorine represents a very real and serious threat to our health and should be removed in our homes, at the point of use, both from the water we drink and the water we shower in.

Dr. Edward F. Group III (DC, ND, DACBN, DCBCN, DABFM) founded Global Healing Center in 1998 with the goal of providing the highest quality natural health information and products. He is world-renowned for his research on the root cause of disease. Under his leadership, Global Healing Center earned recognition as one of the largest natural and organic health resources in the world. Dr. Group is a veteran of the United States Army and has attended both Harvard and MIT business schools. He is a best-selling author and a frequent guest on radio and television programs, documentary films, and in major publications.

Dr. Group centers his philosophy around the understanding that the root cause of disease stems from the accumulation of toxins in the body and is exacerbated by daily exposure to a toxic living environment. He believes it is his personal mission to teach and promote philosophies that produce good health, a clean environment, and positive thinking. This, he believes, can restore happiness and love to the world.