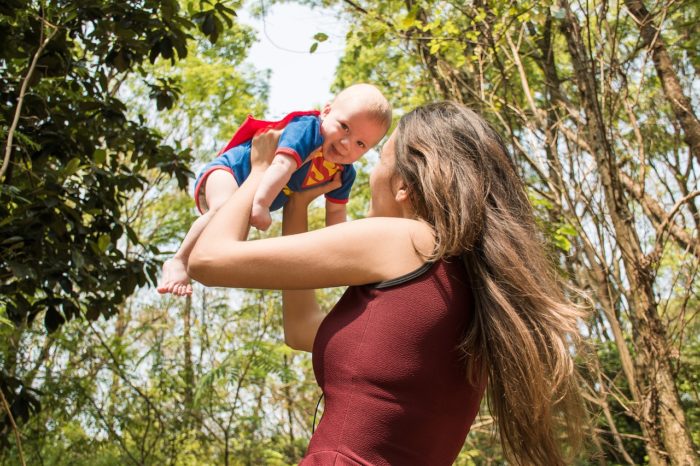 In 2013, coinciding with the theatrical release of a new Superman film, Kyle Hill penned an article in Scientific American, “10 Sciencey Stats on the Man of Steel.” [1]

For his geek readers, he noted that:

In answer to the question, Why, Exactly Does Kryptonite Hurt Superman, contributors to the Scifi stack exchange wrote,

Kryptonite is a transuranic element or compound (we are never told which for certain) whose inherent radioactivity inhibits the absorption of high-energy solar radiation which Kryptonians use to power their feats of superhuman ability.

“Comistorian” comic-historian at YouTube provides an overview of the different types of kryptonite and their effects on those from the planet Krypton. [2] Kryponite hurts Superman the same way that man-made wireless radio frequencies hurt those with the highest levels of sensory perception of electromagnetic fields.

Lex Luthor’s undoing was that he would not accept the reality that Clark Kent was actually Superman.

Superman once gave Lex Luthor cognitive dissonance. In the issue Superman #2 from 1987, Lex Luthor, Superman’s arch-nemesis, dumped resources into building a supercomputer able to deduce the hero’s identity. The machine worked like a dream and out the answer popped: “Clark Kent is Superman.” Done and done. But Luthor refused to believe it. The evil genius couldn’t easily resolve the cognitive dissonance in his head. In psychology, cognitive dissonance is an internal tension between two beliefs a person holds. When it arises, we seek to alleviate that tension by compartmentalizing the beliefs or coming up with an explanation to deal with it. Lex simultaneously held the belief that Superman was Clark Kent and that he was too smart not to realize that obvious answer. To get rid of the dissonance, Lex made a logical fallacy that we can call “the argument from brilliance.” Lex believed himself too smart to miss an easy answer, therefore the answer had to be false. Superman’s true identity remains a secret, and Lex Luthor makes illogical arguments. The world is safe.

Now, due to cognitive dissonance, the world is NOT safe.

Over eight decades after Superman was launched, the kryptonite story serves as a cautionary tale for our age, regarding humanity’s relationship with cognitive dissonance, time, frequency, solar radiation, telecommunications, ecology, and health.

As we approach 2020, the dominant consumption culture has not accepted that:

Yes, humans are essentially solar panels, but the “wiring” is in the invisible meridian system and in the marma points.[4] Photons of light from the sun travel through the meridian system.[5] Because the Western medicine model can’t actually see the meridians in a cadaver, we still want to believe that they aren’t there, and that they don’t matter. Are the pathways being hijacked by artificial, addictive frequencies?

Likewise, we want to believe that the electromagnetic frequencies that surround both planet earth and every living thing are of no consequence; just as the consumers of the 1960s assumed that they could use juxtapositions of chemicals with no adverse effects – until the adverse effects were recognized.

We also used to test medications one at a time, again, until the adverse effects were finally recognized.

Now we are placing many sources of wireless in close proximity to everyone, while only testing each device and source in isolation against a theoretical guideline.[6] “There are a right and a wrong in the universe, and that distinction is not hard to make.” – Superman

Will Santa gift you with a 5G antenna on the sidewalk outside your window this year? And gift the property value of your home to the wireless industry?

The industry and its partners claim that while ionizing radiation is now (belatedly) recognized as causing cancer, wireless devices use non-ionizing radiation. That does not mean that RF does not contribute to cancer via a different mechanism, such as suppression of the immune system, or single strand DNA breaks.

The industry and its partners also claim that health damage only occurs due to tissue heating.[7],[8]

Neither is true; [9] it’s not just a question of cancer, and you don’t need to spike a temperature to have your life destroyed by neurological or environmental illness.

Perhaps this is the undeniable truth: Not only does man-made artificial radiation prevent the further absorption of solar energy, it displaces, painfully, said solar energy with kryptonite-like radiation causing the immediate loss of an earth inhabitant’s human abilities within seconds, and can, depending on the purity and exposure length, lead to eventual death by a form of “radiation poisoning”?  A long slow painful death comprised of years of torture is no less immoral than immediate annihilation.

“Ask Google” reports: “What Does Kryponite Feel Like to Superman? Green Kryptonite – This kryptonite is lethal to all Kryptonians, like Superman and Supergirl. At first exposure, they become particularly weak, experiencing severe pain and fatigue. These symptoms do not affect other Kryptonian superpowers that aren’t related to physical strength, such as heat-vision or freeze breath.”

How Does Wireless Exposure Feel to Some People?

Like Superman in the presence of kryptonite. (Even though it is not ionizing.) One of my superpowers is acute microwave hearing [10], which, when interfering with sleep and other activities of daily living, is a form of torture, and will destroy health.

Another superpower is that I can detect man-made electromagnetic frequencies at a higher level of perception than the average person.

The wireless industry is putting the equivalent of even more kryptonite near homes, with the installation of 5G antennas.[11] By the new year, I will have moved 22 times in 7 years. “It is radiation that makes me weak.”  It is also weakening nature itself. [12]

And it is making us inhumane as a species.

Each consumer chooses: the scientific materialism that Rudolf Steiner warned about, or the realization that the pollution of the energy pathways that carry photons of light in our bodies is of great consequence.

Lex Luthor, Brainiac, Doomsday, and the other “bad guys” aren’t posing the danger, it is our uniformed, unconscious choice to unleash another wave of consumption that has no reverence for nature, deep ecology, or health, especially when it is rationalized as “sustainable.” November will be one of the biggest shopping months of the year.  Choose with care, or don’t care?

“ There is a superhero in all of us, we just need the courage to put on the cape.” — Superman SOURCE: Our phones and gadgets are now endangering the planet

“The energy used in our digital consumption is set to have a bigger impact on global warming than the entire aviation industry.” The Guardian 2018 [1] https://blogs.scientificamerican.com/overthinking-it/10-sciencey-stats-on-the-man-of-steel/
[2] https://www.youtube.com/watch?v=p-80-Y5dp9s&feature=emb_logo
[3] The Root Cause in the Dramatic Rise in Chronic Disease https://www.researchgate.net/publication/303673576_The_Root_Cause_in_the_dramatic_rise_of_Chronic_Disease
[4] https://chopra.com/articles/learn-all-about-marma-point-therapy
[5] New Scientific Breakthrough Proves Why Acupuncture Works Russian researchers in 1991 at The Institute for Clinical and Experimental Medicine in Novosibirsk, USSR, in a research project lasting several years, discovered how the human body conducts light. They found that the light conducting ability of the human body exists only along the meridians, and can enter and exit only along the acupuncture points. Dr. Kaznachejew, a professor of physics said:

“This seems to prove that we have a light transferal system in our body somewhat like optical fiber. It appears that the light can even travel when the light canal is bent, or totally twisted. The light appears to be reflected from the inner surface, appearing to go in some sort of zigzag track. You can explain this through traditional electromagnetic light theory as it is used in optical fiber communications.”

This finding has been confirmed by a 1992 study in the Journal of Traditional Chinese Medicine and a 2005 study in the Journal of Alternative and Complementary Medicine where moxibustion and infrared thermography were used to trace meridian pathways. There might be a “light body” after all.
https://www.actcm.edu/blog/acupuncture/new-scientific-breakthrough-proves-why-acupuncture-works/

Patricia Burke works with activists across the country and internationally calling for new biologically-based microwave radio frequency exposure limits. She is based in Massachusetts and can be reached at stopsmartmetersMASS@gmail.com.