Robert F. Kennedy Jr. warns that Anthony Fauci is a fraud, and has “poisoned an entire generation of Americans” 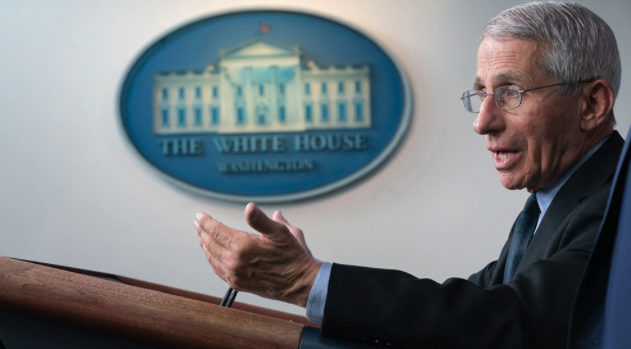 During a recent episode of the Thomas Paine Podcast, Robert F. Kennedy Jr. blew the lid on Dr. Anthony Fauci’s extensive legacy of fraud and coverups throughout his lengthy medical career in the federal government.

Kennedy explained that Fauci has been a problematic character all throughout his more than 50-year tenure in public health, during which he operated as a workplace tyrant and ruined the careers of countless physicians and researchers who, unlike himself, were upstanding and honorable individuals.

Fauci has been with the National Institute of Allergy and Infectious Diseases (NIAID) since 1984 – can you say deep state? – and he’s known among those on the inside as the guy who “poisoned an entire generation of Americans,” according to Kennedy.

In at least one instance, Fauci targeted a whistleblower who was trying to expose the fact that America’s blood supply is tainted with deadly disease strains. Fauci ruined the career of this physician and proceeded to cover up his crucial research on the subject.

Kennedy also warned during the program that Fauci has attacked many other good guys who’ve tried to actually serve the public rather than shill for Big Pharma, Bill Gates, the mainstream media and other deep state assets and mouthpieces of deception and lies.

The entire Thomas Paine Podcast episode, which is a little more than two-and-a-half hours long, is available at this link.

Also, be sure to check out the following episode of The Health Ranger Report in which Mike Adams, the Health Ranger, talks about how globalists like Anthony Fauci are using the Wuhan coronavirus (COVID-19) crisis to test how much tyranny Americans are willing to accept:

Anthony Fauci owns “many, many” patents on vaccines, warns Kennedy

Fauci is also guilty of abusing his post for financial gain in the form of obtaining lucrative vaccine patents. Doctors and researchers underneath him who developed breakthrough technologies have been fired so that Fauci could assume ownership of their work in order to enrich himself.

“Tony Fauci has many, many vaccine patents,” Kennedy contends, noting that Fauci now owns a patent on a special protein sheet made from HIV that helps to more efficiently deliver vaccine material throughout the body. Fauci didn’t develop this protein sheet himself, of course, but rather stole it from someone else who was relieved from duty after creating it.

“Tony Fauci fired [this person] and he somehow ended up owning that patent,” Kennedy says. “And that patent is now being used by some of these companies … to make vaccines for the coronavirus … that company has a 50/50 split with Tony Fauci’s agency … so Fauci’s agency will collect half the royalties on that vaccine and there’s no limit for how much the agency can collect.”

In other words, this is nothing but a business for people like Fauci, who are profiting off of pandemics like the Wuhan coronavirus (COVID-19) while claiming to be “regulating” the drug and vaccine industries that respond to them on behalf of the American people.

“This isn’t a captured industry; it’s a subsidiary of the pharmaceutical industry,” Kennedy further warns about how the NIAID, the CDC, and other supposed federal agencies are really just corporations in disguise that work on behalf of Big Pharma to generate massive profits on the backs of sick and dying people.

You’ll want to listen to the full podcast in its entirety, or at least the second hour-and-a-half of it featuring Robert F. Kennedy Jr., because it’s a real eye-opener. A second source for listening to the podcast, in case the first one doesn’t work, is available at this link.

To keep up with the latest news about the Wuhan coronavirus (COVID-19), be sure to check out Pandemic.news.