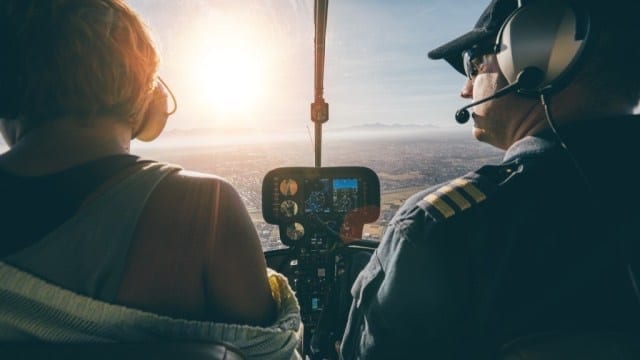 According to a 2014 study published in the Journal of Thrombosis and Haemostasis, pilots suffer an increased risk of clotting issues due to frequent and prolonged air travel. Pilots are encouraged to be aware of the signs of deep venous thrombosis and clotting issues and take preventative measures such as compression stockings and stretching of their legs during long flights.

Medical News Today published a study on June 15th, 2021 that showed an increased risk of blood clotting and low platelets in AstraZeneca COVID-19 vaccine recipients. Some scientists hypothesize that since the ethylenediaminetetraacetic acid (EDTA) in the shot causes a full body reaction, once the vaccine comes into contact with platelets inside the human body, the vaccine activates those platelets, causing them to change shape and transmit chemical signals to the immune system. Those platelets send out platelet factor 4 (PF4), which regulates blood clotting.

However, in some people, after some undetermined amount of time, at random, PF4 latches onto the vaccine, and large “complexes” form. Since those complexes are “unknown,” the human body interprets those clusters as threats. Thus, immune cells in the body mistakenly attack PF4’s, prohibiting them from preventing the problematic clots seen in some COVID-19 vaccine recipients.

Delta Airlines now requires the COVID-19 vaccine for all new employees, potentially putting Delta employees at risk of blood clots and death. American Airlines doesn’t require the vaccine but gives its employees one day off of work and $50 for getting the vaccine. No mention of the inherent risk for non air employees, let alone those who spend ample time in the clouds, is ever made by Delta or American.

At British Airways, at least four pilots have died this week, but the airline wants you to know that their deaths are totally unrelated; Reuter’s and Fact Checkers are working hard to dispel any rumors that the pilots could have died from the COVID-19 vaccine. British Airways boasts that 85% of its employees are vaccinated. Airlines are so quick to obey the COVID-19 vaccine narrative that they forget the welfare of their own employees is at stake.

Not to worry; the same agencies (mainstream media, Reuters, and Fact Checkers) tasked with exploring the safety and efficacy of a vaccine for the general public and for pilots who transport 6 million people per day also ruled out a Wuhan lab leak and any conceivable voter fraud in the 2020 elections. Those agencies have reversed their stance on one of those issues, the Wuhan lab leak, only after it became impossible not to do so. One day, it’s conceivable that the media may reverse its stance on the COVID-19 vaccine…when it becomes impossible not to do so…

Pilots are already at increased risk of blood clots; categorizing them as high risk for a vaccine with a known side effect of blood clots isn’t misinformation. It’s science.

For now, pilots should exercise their right to medical freedom and refuse to become vaccinated. Clearly, the truth isn’t coming anytime soon.