Mainstream Media Starts Admitting We Are In A “Global Food Crisis” 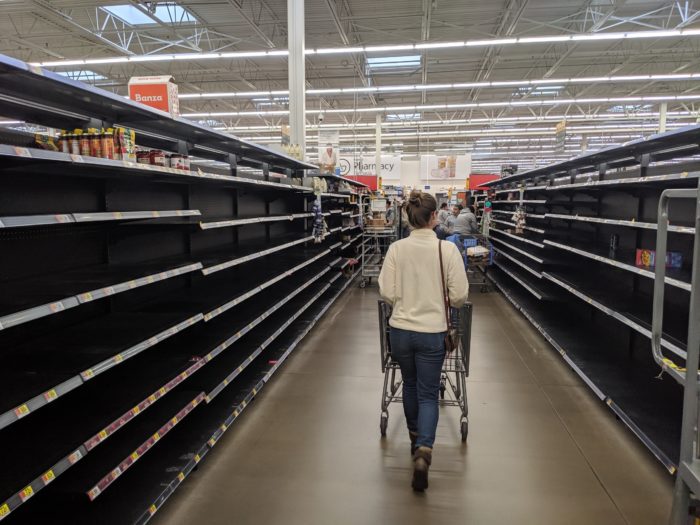 The mainstream media has finally figured out that we are in a “global food crisis” that could destroy economies and lead to civil unrest. The cost of food continues to skyrocket as shelves empty around the globe, making it more and more difficult for people to afford to feed their families.

While continuing to blame the “invasion” of Ukraine by Russia for the food shortages, the mainstream media says civil unrest in the form of protests and riots are likely as people begin to cut back elsewhere. According to Business Insider, civil unrest could spread, fueling instability and even war in some of the world’s poorest regions. A breakdown in food systems could drive huge waves of migration.

The media says that in the U.S., food prices have jumped 10% year-over-year as of May, the biggest increase since 1981, and rose to a record 8.9% in the eurozone.  Unfortunately, most people are reporting at least a 25% increase in food prices, if not more. Globally, things are even worse: the UN’s world food price index shot up 23% year-over-year as of June. The bottom line is that more and more people are struggling to afford food.

The food crisis was obvious not too long after former president Donald Trump declared the coronavirus an emergency and the world went into lockdown to prevent the spread of a cold. Food plants and processing facilities shut down. As things began to reopen, many had a lower capacity and others began to burn to the ground.

“A food crisis is a price crisis,” Chris Barrett, an economist and food-policy expert at Cornell University, told Insider. He said its implications are widespread and touch every person’s life, even if they don’t immediately realize it.

Warnings are beginning to grow louder, and more desperate, even among those who want the public distracted elsewhere. They can no longer hide what’s glaringly obvious to the majority at this point. According to the UN World Food Programme, 50 million people around the world are on the brink of famine and risk being tipped over, with the WFP’s director calling it a “looming hunger catastrophe.”

There are many places we can cut back in our lives; however, everyone must eat to survive. Prepare while you still can. Things look to be getting worse, not better as the geopolitical situation crumbles and people see the illusion of freedom erode right in front of their eyes.