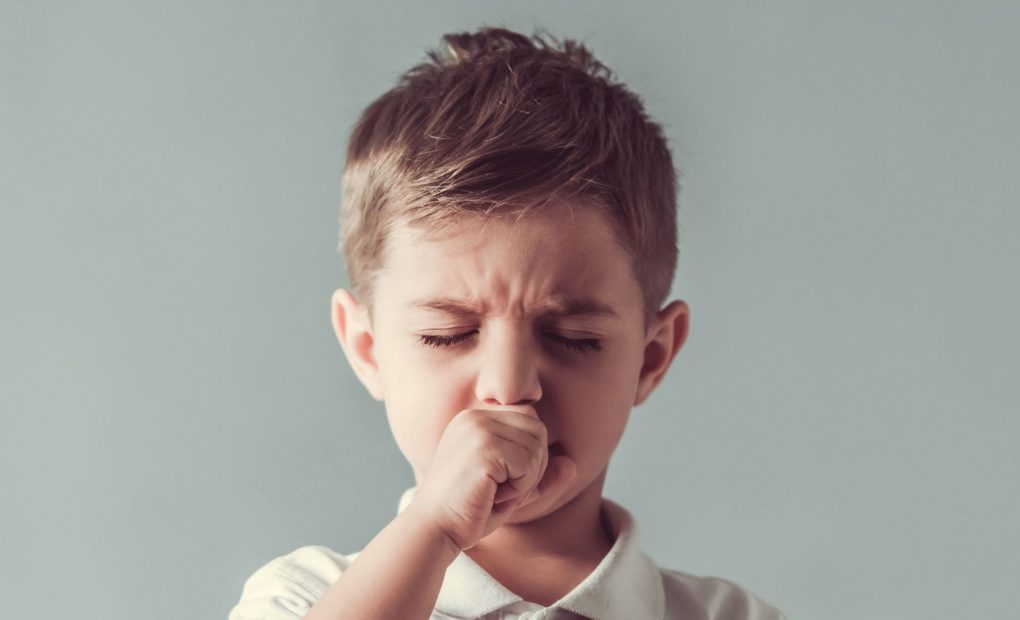 A whooping cough outbreak has forced a school in Houston, Texas to close early for the Christmas break. The school, St. Theresa Catholic School in Memorial Park, will be closed until January 6th. The outbreak has not only affected the students but also the staff. Some children have also been hospitalized as a result, the Houston Chronicle reports.

It’s one of multiple instances that point to the idea that whooping cough, also known as pertussis, is not indicative of a failure to vaccinate, but rather, a failing vaccine. According to Fox, “Officials with the Archdiocese of Galveston-Houston said that 100 percent of students who attend St. Theresa Catholic School are vaccinated against the illness.”

According to ABC News,

According to a statement from the Archdiocese of Galveston-Houston, the school notified the community of the first confirmed case on Dec. 4. The case was then reported immediately to the Texas Department of State Health Services to investigate. he archdiocese also said all of St. Theresa’s students are vaccinated, and it’s working closely with the Houston Health Department.

You can also view the press release sent out to the parents via the school at Greenmedinfo.com here, in also emphasizes that 100 percent of the children were and have been vaccinated.

It’s Not A Surprise

People shouldn’t be too surprised, however, because there is a lot of science that has been published over the years showing that multiple vaccines may not actually be working as well as they’re marketed to be.

For example, a study titled “The Pertussis resurgence: putting together the pieces of the puzzle” states:

More recent studies show that by 5 years after completion of a DTaP series, children were up to 15 times more likely to acquire pertussis compared to the first year after the series. Studies have also documented rapid decline in pertussis antibodies within as few as 2–3 years of the most recent aP vaccination, often to pre-vaccination levels and although antibody levels alone are not necessarily indicative of waning immunity, in this case given the higher risk of infection after aP vaccine with time, it is strongly suggestive of it.

A very recent study published in the Journal of Paediatric Infectious Diseases titled: The 112-Year Odyssey of Pertussis and Pertussis Vaccines – Mistakes Made and Implications for the Future  outlines how, because of linked-epitope suppression, all children who were primed by DTaP vaccines will be more susceptible to pertussis throughout their lifetimes, and there is no easy way to decrease this increased lifetime susceptibility.

In the last 13 years, major pertussis epidemics have occurred in the United States, and numerous studies have shown the deficiencies of DTaP vaccines, including the small number of antigens that the vaccines contain and the type of cellular immune response that they elicit. Because of linked-epitope suppression, all children who were primed by DTaP vaccines will be more susceptible to pertussis throughout their lifetimes, and there is no easy way to decrease this increased lifetime susceptibility.

A study published in BMC medicine titled “Asymptomatic transmission and the resurgence of Bordetella pertussis” emphasizes:

In this paper, we have presented empirical evidence — from both case and genomic data — for asymptomatic B. pertussis transmission following the switch from the wP to the aP vaccine in the US and UK. Then, using mathematical and computational transmission models, we have demonstrated that an aP vaccine which blocks symptomatic disease but not asymptomatic transmission is able to account for the observed increase in B. pertussis incidence…public health authorities may be facing a situation similar to that of polio, where vaccinated individuals can still transmit infection.

For a more in depth look into this specific paper, download the slides as a PowerPoint presentation.

The studies above outline why it shouldn’t be a surprise that this current outbreak in a Texas school is happening despite the fact that 100 percent vaccine coverage has been achieved.

Is It Worth It?

With vaccine failure exemplified in a number of cases, is the vaccine really worth it? Are there risks associated with it? These are important questions to ask, and in this day in age, information, no matter how credible, is being severely censored. It just doesn’t seem right and most health professionals seem to be oblivious to the type of information that’s presented in this article.

Until the 1990s, the vaccine administered to children for diphtheria, tetanus and pertussis protection was the DTP vaccine, one of the first combination vaccines ever licensed by the U.S. Food and Drug Administration (FDA). However, as a “whole-cell” vaccine (meaning that it contained the entire Bordetella pertussis organism rather than purified components), DTP had a significant downside—including published safety concerns dating back to the 1930s and widespread reports of neurological damage emanating from both the United States and other countries. By 1991, the Institute of Medicine cautiously reported that the evidence was “consistent with a possible causal relation between DTP vaccine and acute encephalopathy” [brain disease].

Furthermore, one must example the National Childhood Vaccine Injury Act (NCVIA), with statistics from the vaccine adverse events reporting system (VAERS). Since its inception the NCVIA has protected pharmaceutical companies as vaccines are a liability free product, and has used nearly $4 billion to payout to families of vaccine injured children. CDC researchers assessed over two decades’ worth of data (1991–2016) from the CDC- and FDA-administered passive surveillance system, VAERS, examining adverse events (AEs) reported to VAERS following vaccination with one of five currently licensed DTaP vaccines (see table). The five vaccines included two DTaP-only vaccines (approved for the full five-dose series of shots) and three combination vaccines (approved for some portion of the DTaP series). The combination formulations in question included DTaP plus hepatitis B vaccine (HBV), inactivated polio vaccine (IPV) and/or Haemophilus influenzae type b (Hib) vaccine.

The analysis of VAERS reports identified tens of thousands of AEs (N=50,157) in the aftermath of a DTaP-containing vaccine. (A single VAERS report may include more than one AE, so the adverse event categories are not mutually exclusive.) VAERS, by the federal government’s own admission, captures only about 1% of AEs; thus, the 50,000-plus AEs probably vastly underrepresent the number of real-world DTaP-related vaccine injuries.

You can read more about that, in depth, here.

There is a lot of information out there. Not long ago, a team of Scandinavian scientists has conducted such a study and the results are alarming.  That study, funded in part by the Danish government and lead by Dr. Soren Wengel Mogensen, was published in January in EBioMedicine.  Mogensen and his team of scientists found that African children inoculated with the DTP (diphtheria, tetanus and pertussis) vaccine, during the early 1980s had a 5-10 times greater mortality than their unvaccinated peers.

The authors close with a bracing rebuke to public health regulators, “It should be of concern that the effect of routine vaccinations on all-cause mortality was not tested in randomized trials.  All currently available evidence suggests that DTP vaccine may kill more children from other causes than it saves from diphtheria, tetanus or pertussis.  Though a vaccine protects children against the target disease it may simultaneously increase susceptibility to unrelated infections.”

You can read more about that specific study in more detail, here.

Should information on vaccines really be censored? Why are terms like “anti-vax” and ridicule always used instead of simply addressing and rebutting the arguments made by vaccine safety advocates? Are vaccines really as safe and effective as they’re marketed to be?

Of course, health authorities are well aware of this information, and are simply urging people to vaccinate more frequently, including a booster shot alter in life. In New Brunswick, Canada, health officials currently recommend children have doses of the pertussis vaccine at two months, four months and six months, then again at 18 months and at four years old. There is also a booster dose in Grade 7. New Brunswick is also experiencing an outbreak. (source)

This article was sourced from Collective Evolution.

Arjun Walia — I joined the CE team in 2010 shortly after finishing university and have been grateful for the fact that I have been able to do this ever since 🙂 There are many things happening on the planet that don’t resonate with me, and I wanted to do what I could to play a role in creating change. It’s been great making changes in my own life and creating awareness and I look forward to more projects that move beyond awareness and into action and implementation. So stay tuned 🙂 arjun@collective-evolution.com